by Marsha Clinard and Charlie Boast

EbertFest has meant a great deal to us since we began attending in 1999. A special “gift” was meeting Jimmy Edwards during our third year attending the festival. Being creatures of habit, many of us tend to go to the same seats, especially those of us who would wait outside for hours and hours (which we did before we became sponsors). We were in the fifth row of the middle section and behind us was this young man from Bloomington, a postal service worker who not only had a passion for movies but also knew so much about them. Year after year we sat together in those same seats and began to eat meals together and keep in touch in between festivals. We would travel to Bloomington to meet Jimmy for meals and conversation. Jimmy, a soft spoken and warm man, was a pleasure to be with. 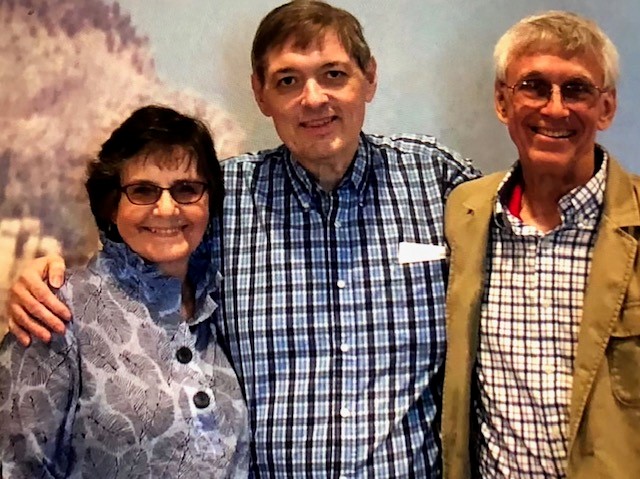 A few years ago Jimmy was diagnosed with cancer and could no longer come to the festival. I would purchase a hat or a shirt for him the first night and send them, along with the program. We could then talk about the festival and he could, a little bit, experience it. As his health deteriorated, we visited him in his home more often. We would talk about Roger and about the films we had seen together. His home was filled with hundreds and hundreds of DVDs plus, on a shelf, his many EbertFest baseball hats.

The Sunday before EbertFest 2019, we went to say goodbye to Jimmy and told him what he meant to us and how much we loved him. Jimmy died on April 11. During this year’s festival we could not help but think about him and what the festival, and Jimmy, have meant to us.