Why I, Betsy Hendrick, Come Back to Ebertfest Each Year

Roger and I had been friends since we met at the News Gazette when I was writing articles while in college and Roger was in high school covering sports in Urbana. Roger of course, was very brilliant and extremely kind and considerate. He was one of the few people I know who never interrupted anyone when they were speaking as much as he might have wanted to.

I’ve been involved with Ebertfest since the very beginning, both sponsoring and attending the festival, and each year my dedication to Roger and now Chaz keeps me coming back. The films are always fascinating and I become even more anxious to see them once they are finally announced. 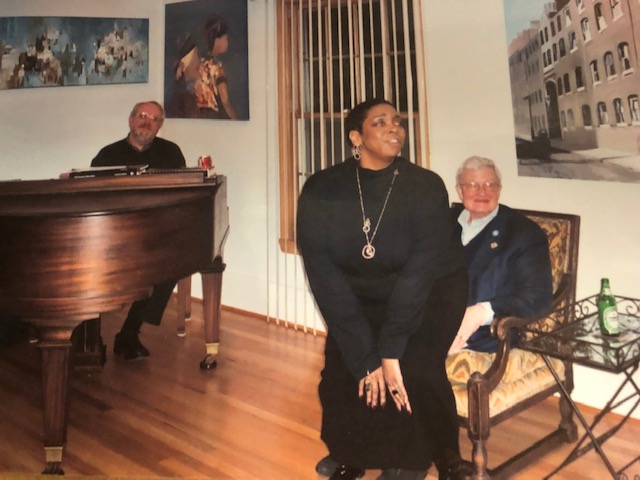 Rick Murphy plays the piano and Lynne Jordan dances at one of Betsy’s Saturday night parties while guests, including Roger, have a great time after Ebertfest has concluded for the day.

For the past few years, I have also hosted a Saturday night party that started at midnight after the festival had wrapped up. It is always a great way to end the night and, if they are still in town and available, some of the directors and special guests from the festival will also come. Last year, at the 2018 festival, Jeff Dowd, the subject of The Big Lebowski came to the Saturday night party which was a lot of fun. 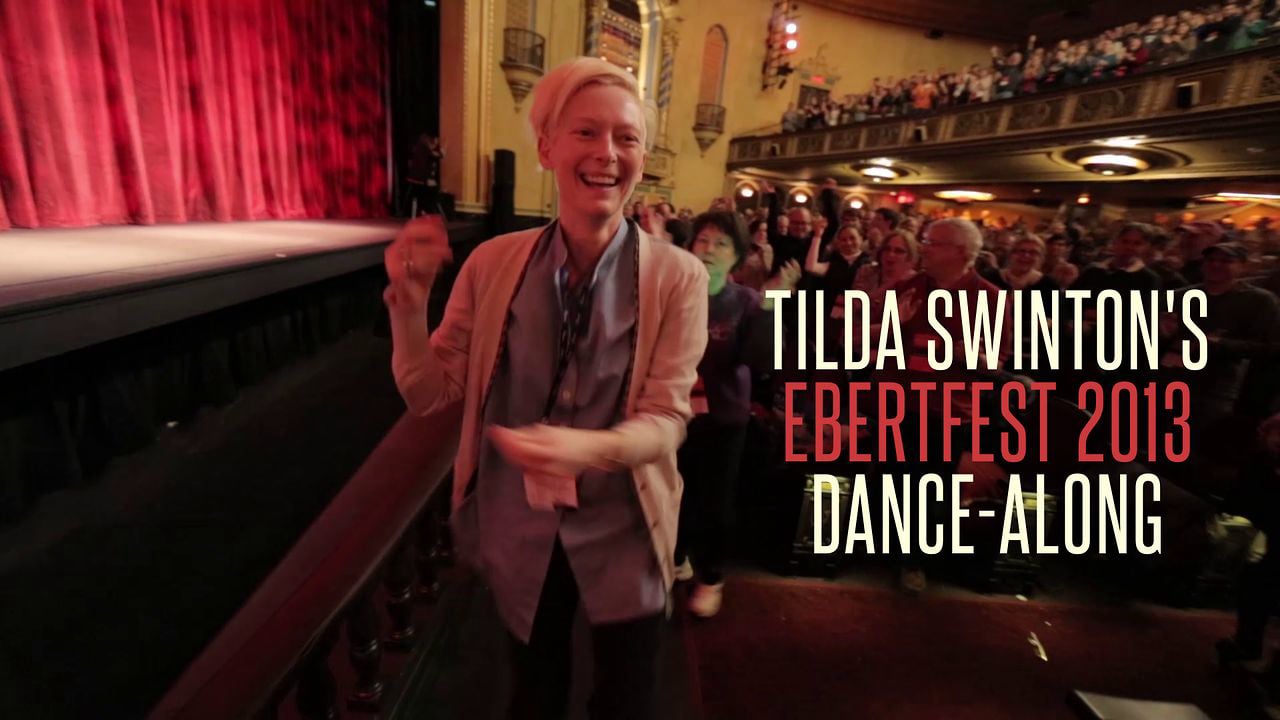 Tilda Swinton, actress, got the audience at Ebertfest up on their feet alongside her as she left the stage and entered the crowd to lead a long line of guests around the theatre dancing.

A memory that I will always remember with a smile from the Saturday night parties was when Roger was dancing with one of the movie guests in my living room. It’s the relationships and the atmosphere that you get from the festival that I love so much. Another memorable moment from the festival was when Tilda Swinton, who was there in 2013 for her performance in Julia, led a long, long line of theatre goers singing through the Virginia theatre. You can watch a great video of Swinton dancing with others at the Virginia Theatre on Vimeo.

That’s my favorite thing about coming to the festivals each year; seeing all of the attendees and guests who also come annually and being able to maintain friendships with so many wonderful people.