Ebertfest means a lot to me because I started helping with and attending the festival when it was an experimental event called Cyberfest(1997). 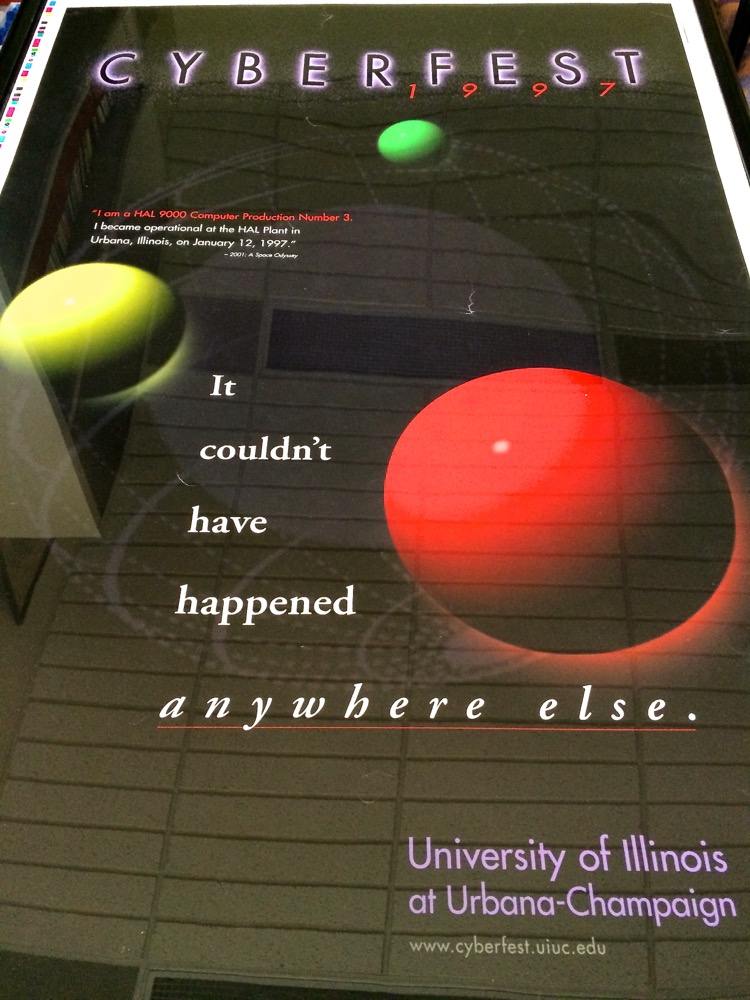 Cyberfest screened only one film, Kubrick’s 2001 A Space Odyssey, but it was a big success and Roger and Nate Kohn began planning the first Overlooked Film Festival, with a full slate of films and guest speakers. That first festival was in 2000, and I was the webmaster.

That first festival proved that Roger could bring great films and significant filmmakers and actors to Champaign-Urbana, and that the campus, community, and region would attend and support the festival. Indeed, it became evident with that very first festival that the combination of a welcoming atmosphere of a Midwestern college town coupled with a film festival that only screened one film at a time in a big, amazing theater was a winning combination. Where many other film festivals program lots of films on numerous, competing screens, the single-film-at-a-time in one-big-theater format of Ebertfest ensures that every film gets to be front and center with a big crowd and never splits the audience, attention, and focus.

Here are some additional photos from earlier Ebertfests, a name I dubbed when I had to develop a short and memorable domain name as the festival’s first webmaster: 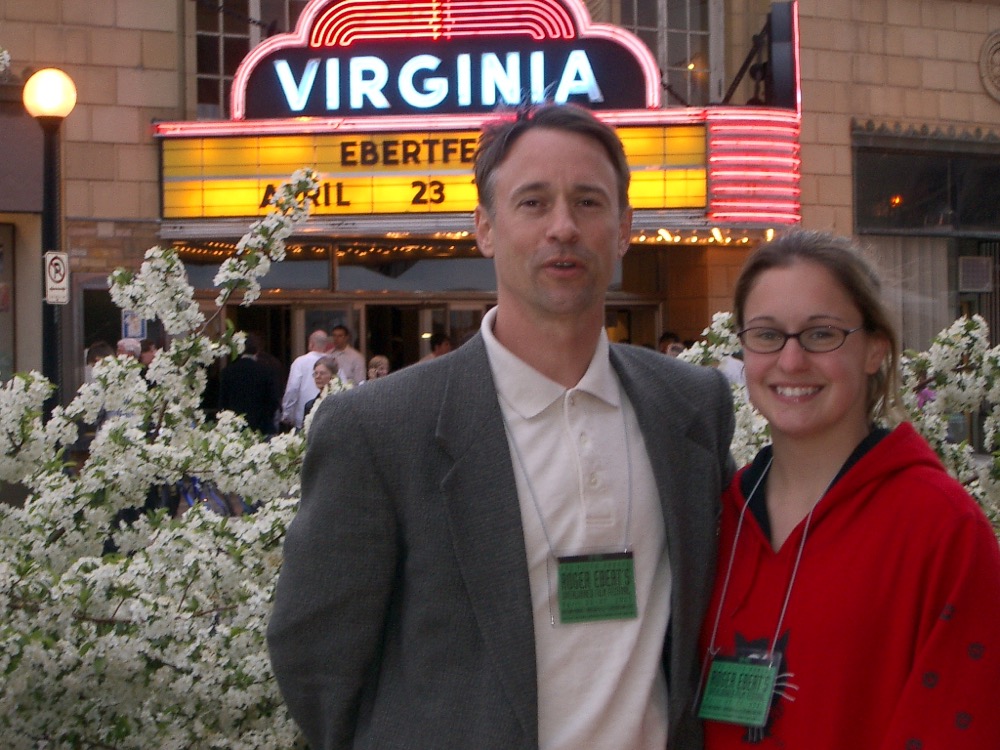 Me with my daughter Becky, who has been attending since she was a teen 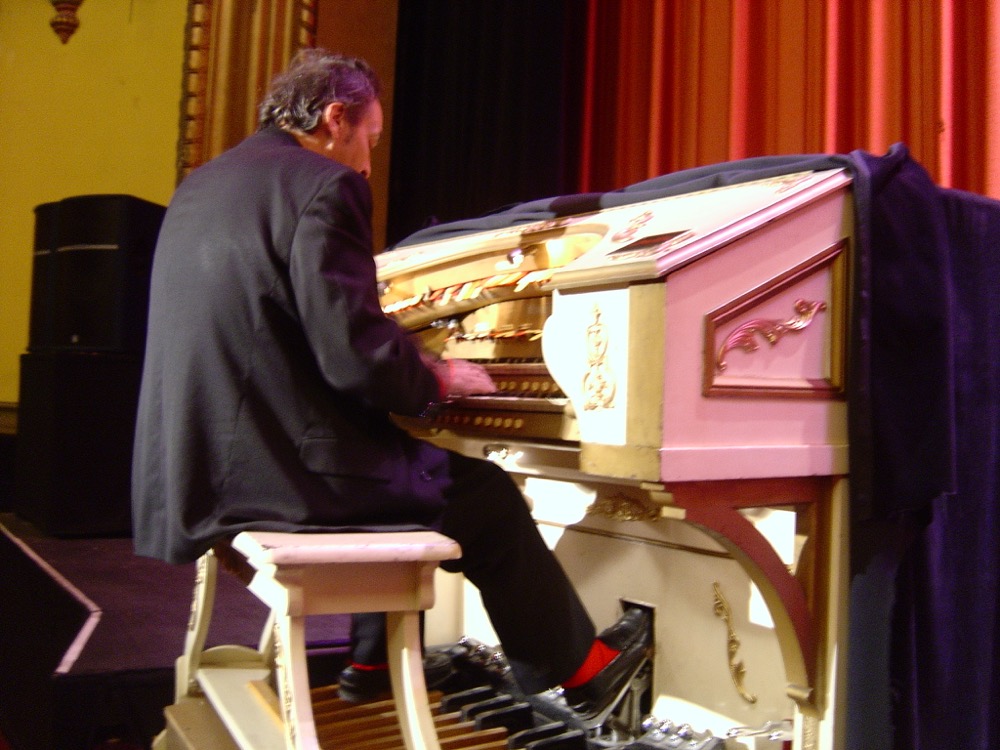 The late Warren York who played the Virginia’s Wurlitzer between screenings. Note the red socks, his signature calling card! 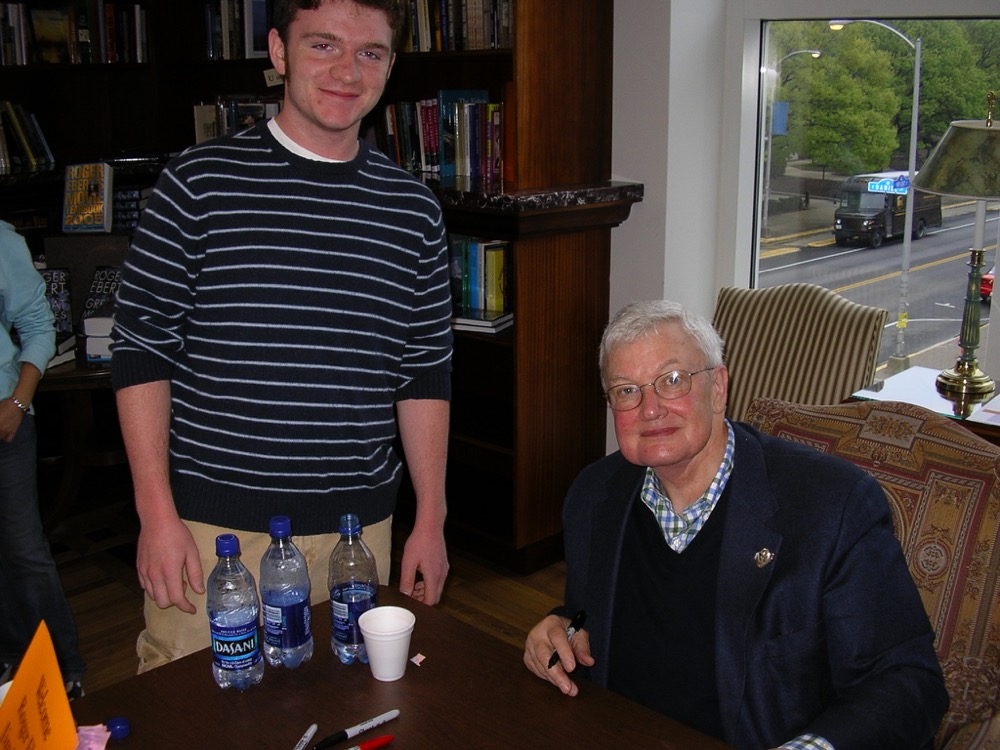 My friend Pat Brown, a young film scholar with Roger at a book signing 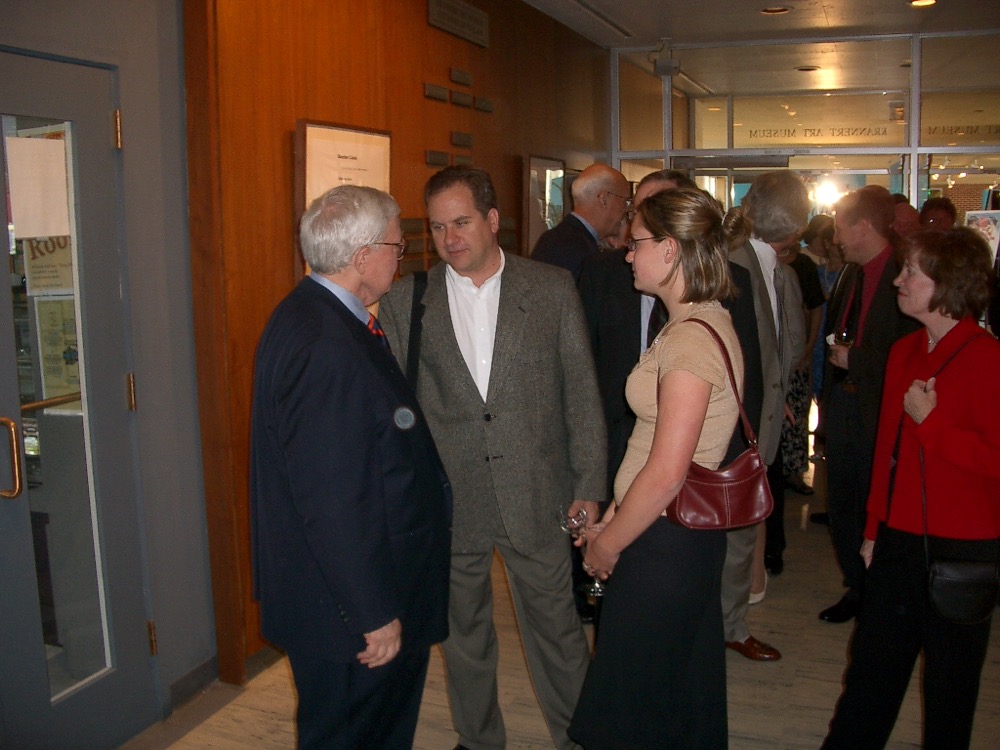 Rick Langlois and Becky with Roger at Krannert Art Museum, where we once used as an Ebertfest reception 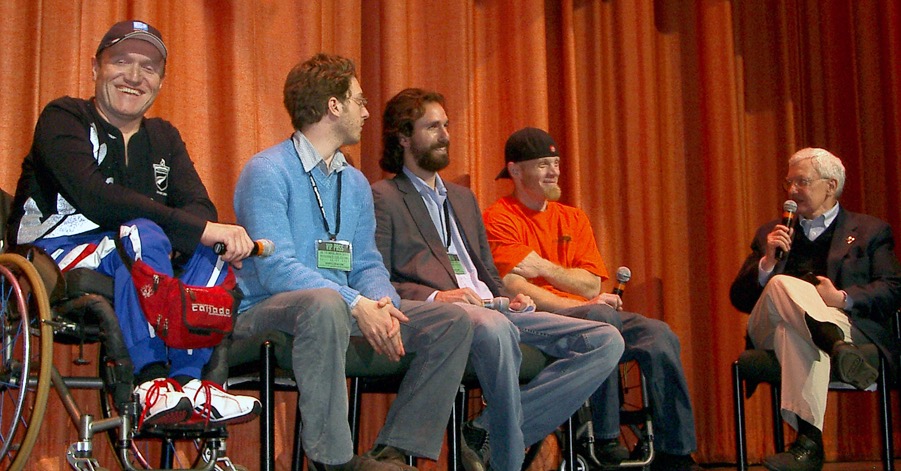 Murderball crew and talent at Ebertfest 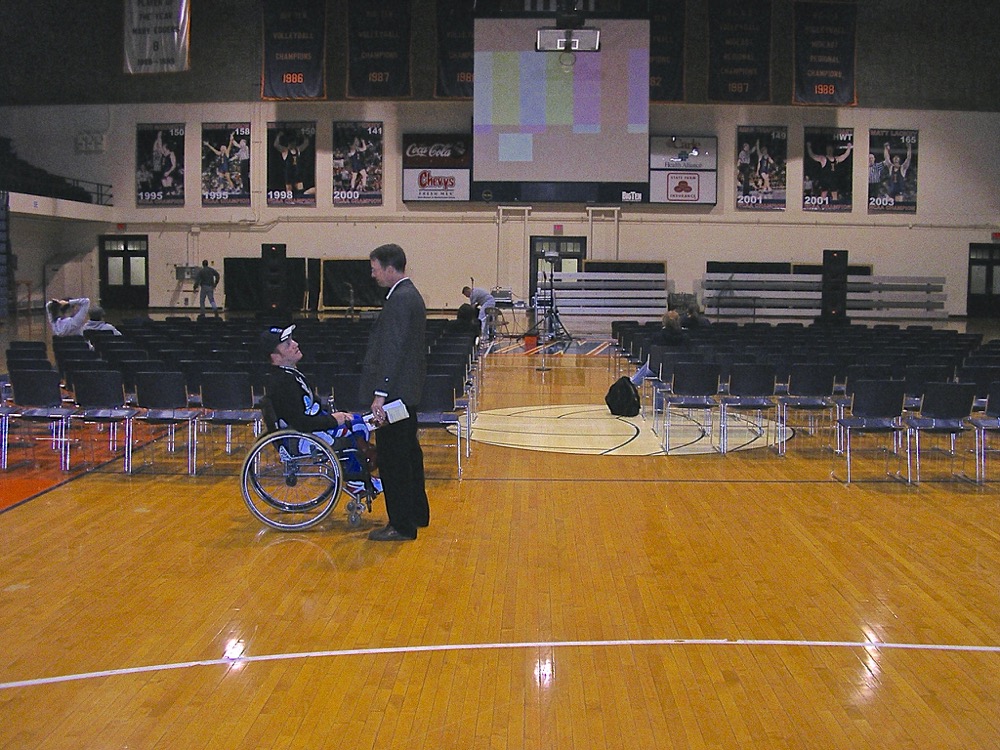 Murderball coach Mark Zupan and I preparing for an additional screening of Murderball in Huff Hall. Murderball is one of the great documentaries screened over the years at Ebertfest 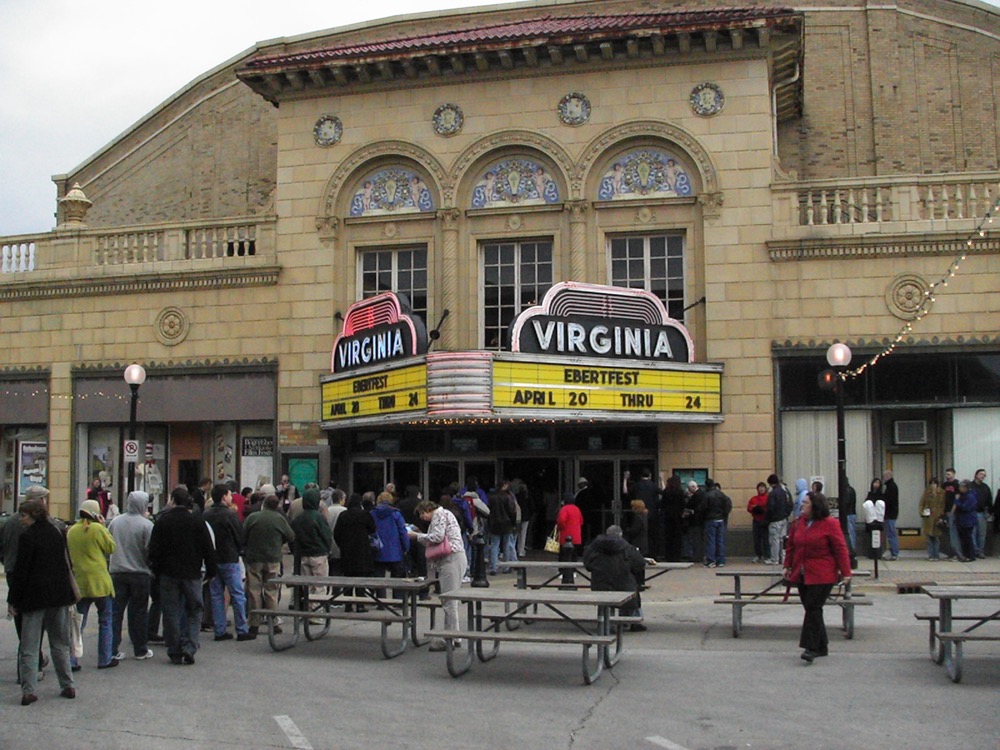 The “old” but not original marquee of The Virginia Theater 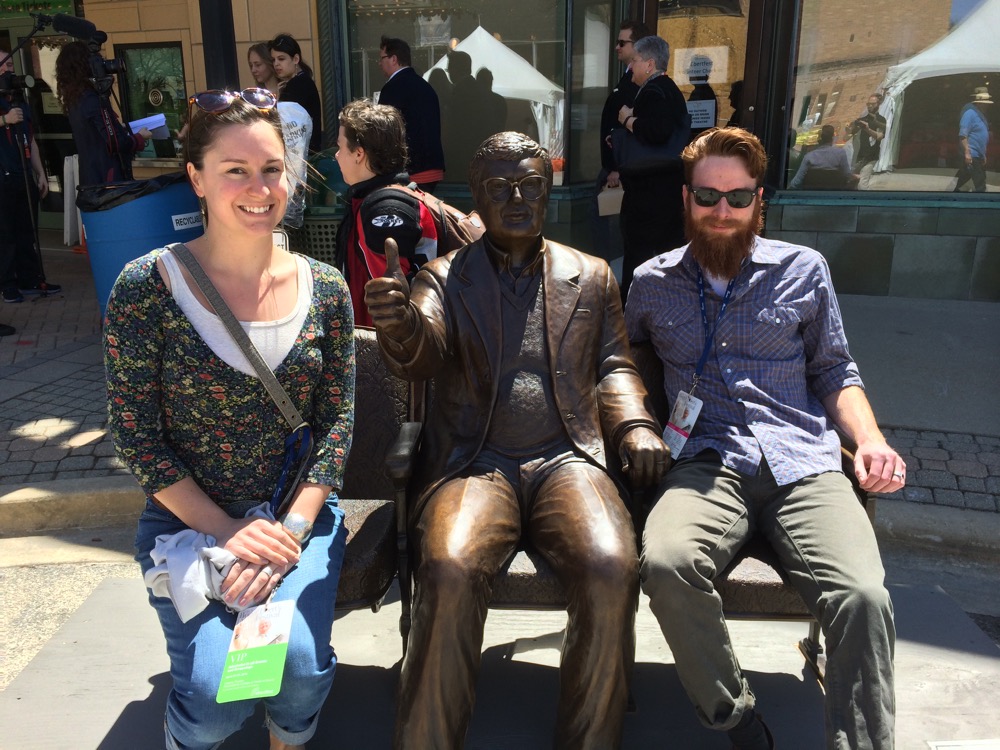 Becky and her husband Tim sitting with Roger