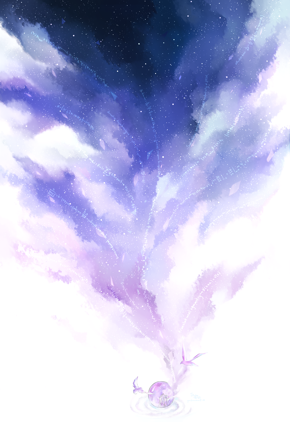 Despite a clear difference in size between the universe and periodic crystal structures found in matter, the mathematical formalism used in theoretical physics often treats both as infinite. Given that one needs to ‘zoom in’ to microscopic scales to see the crystal structure, the two are opposite in size and yet they can both be represented by an idealized system that stretches to infinity. Here, the artist uses negative space to evoke a feeling of being lost amongst the void while simultaneously being contained in a seemingly insignificant object – like the crystal sphere that is small compared to the larger spiral galaxy it is resting on, but seems to contain the universe and its sparkling stars within it. The equations depicted reference theories describing atomic lattices foundational to our modern understanding of solid state physics.