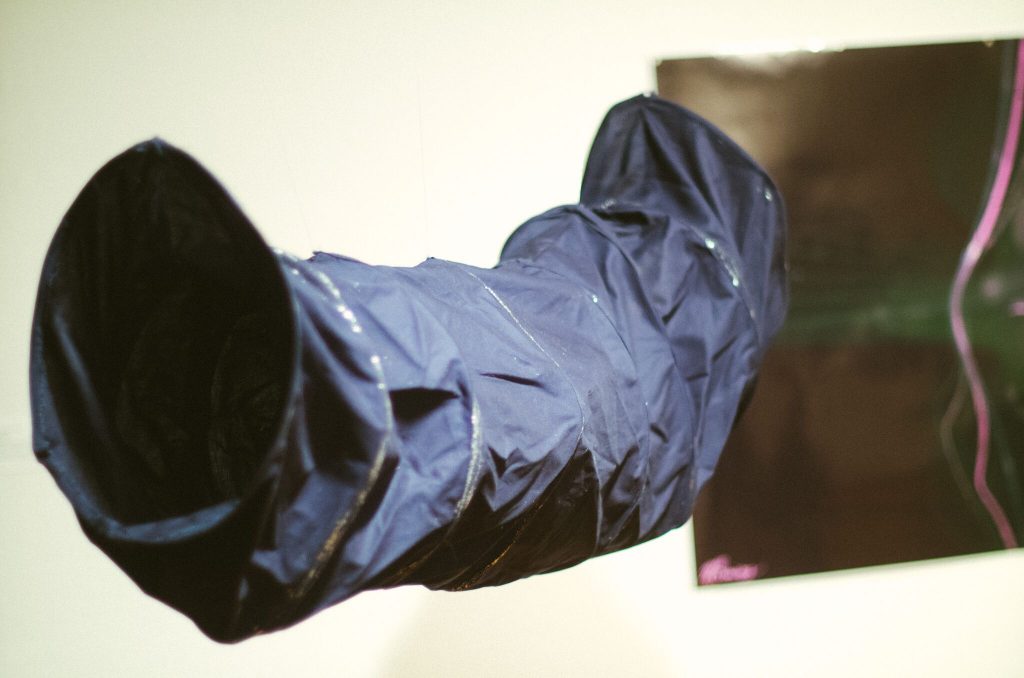 Large masses warp the fabric of spacetime, a concept created by Albert Einstein in 1905.  As these masses accelerate, they leave behind traces of their movement in the form of waves, much like water does. However, unlike water waves, gravitational waves are difficult to model in two dimensions. Spacetime does not merely contract in one direction or move up and down; it stretches and shrinks together in patterns that can be modeled by the manipulation of circles into ellipses at different angles leaving echos in a tube-like form. The model above shows how this tube would look if we could freeze its movement and capture its physical appearance.