The village of Milford, Illinois, located in Iroquois County, was incorporated March 3, 1874. Milford, literally meaning “Mill on the Ford,” is one of the oldest settlements in Iroquois County. The village’s earliest settlement was made on the banks of the Sugar Creek in spring of 1830. Milford is located in the southeastern part of the county and is bounded on the north by Belmont Township, on the east by Stockland Township, on the south by Lovejoy Township, and on the west by Ash Grove Township.

Harry S. Frame Sr. was an avid local historian from Milford who collected over 400 photographs featuring scenes of everyday life in the village from the late the 19th century through the early 20th century. He organized them by topics, such as businesses, farm scenes, clubs and civic groups, entertainment, and school, and he occasionally included explanatory notes and details from his own knowledge and research to provide additional context. The photographs cover a variety of scenes, offering an expansive look at life in Milford throughout the years.

One of the town’s popular forms of entertainment for the whole community was the Great Milford Horse Fair; the collection features numerous images of the town gathering for parades, horses being shown before judges, 4-H Club, fair queens and their courts, and prize floats. The collection includes photographs from fairs over several years, including a newspaper clipping reminiscing on previous years and attempting to identify the individuals in a photograph of a past fair court. 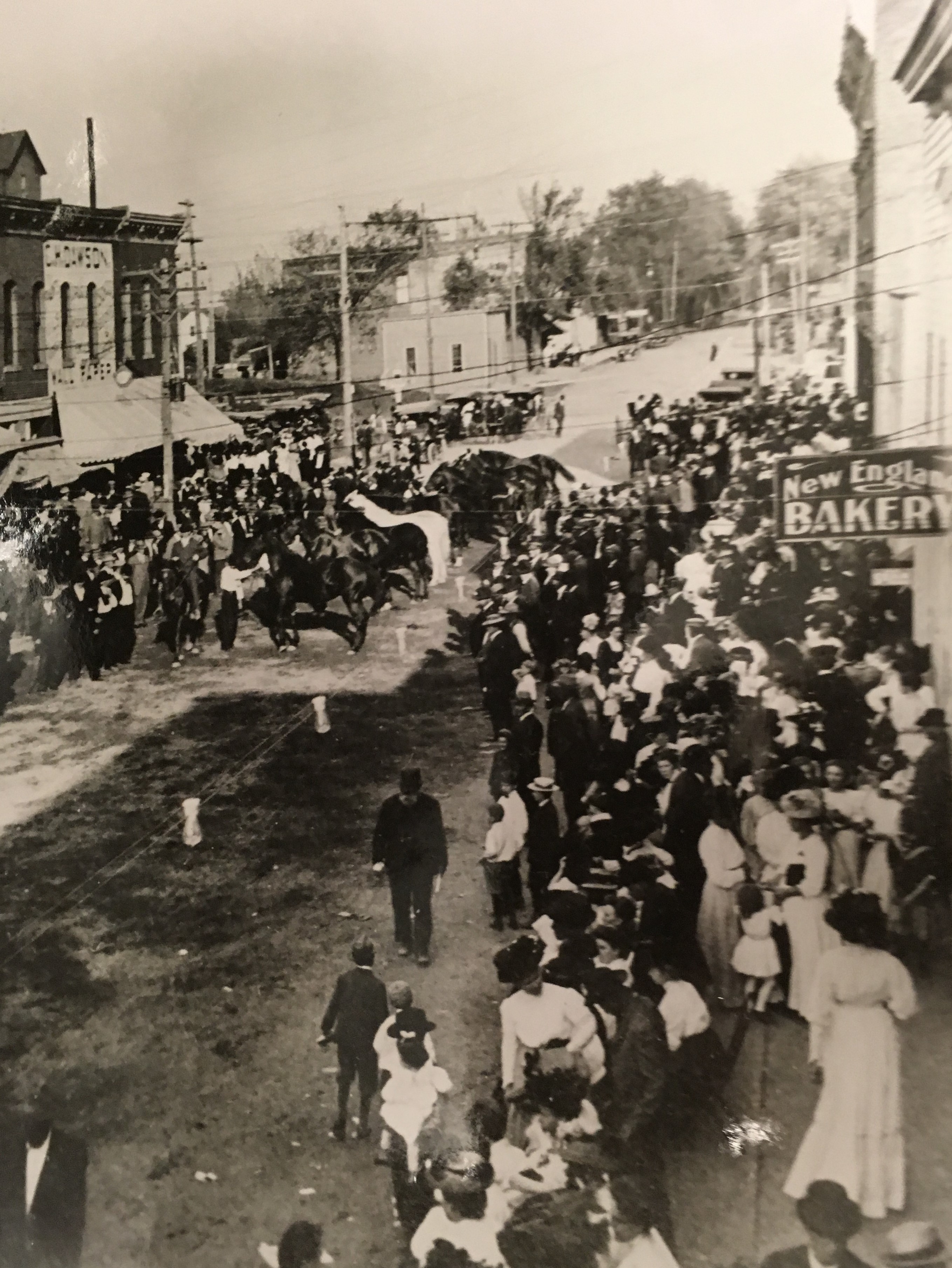 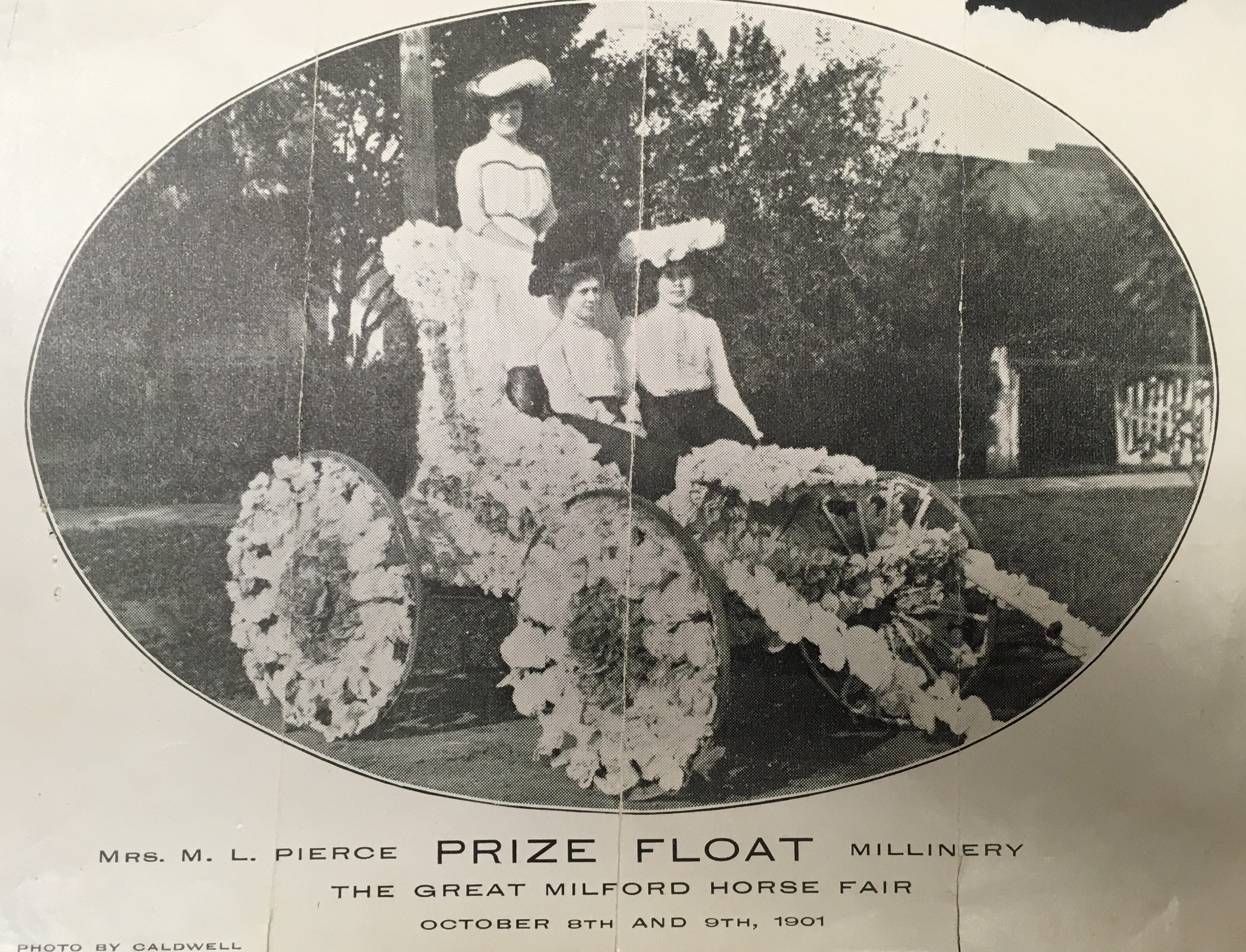 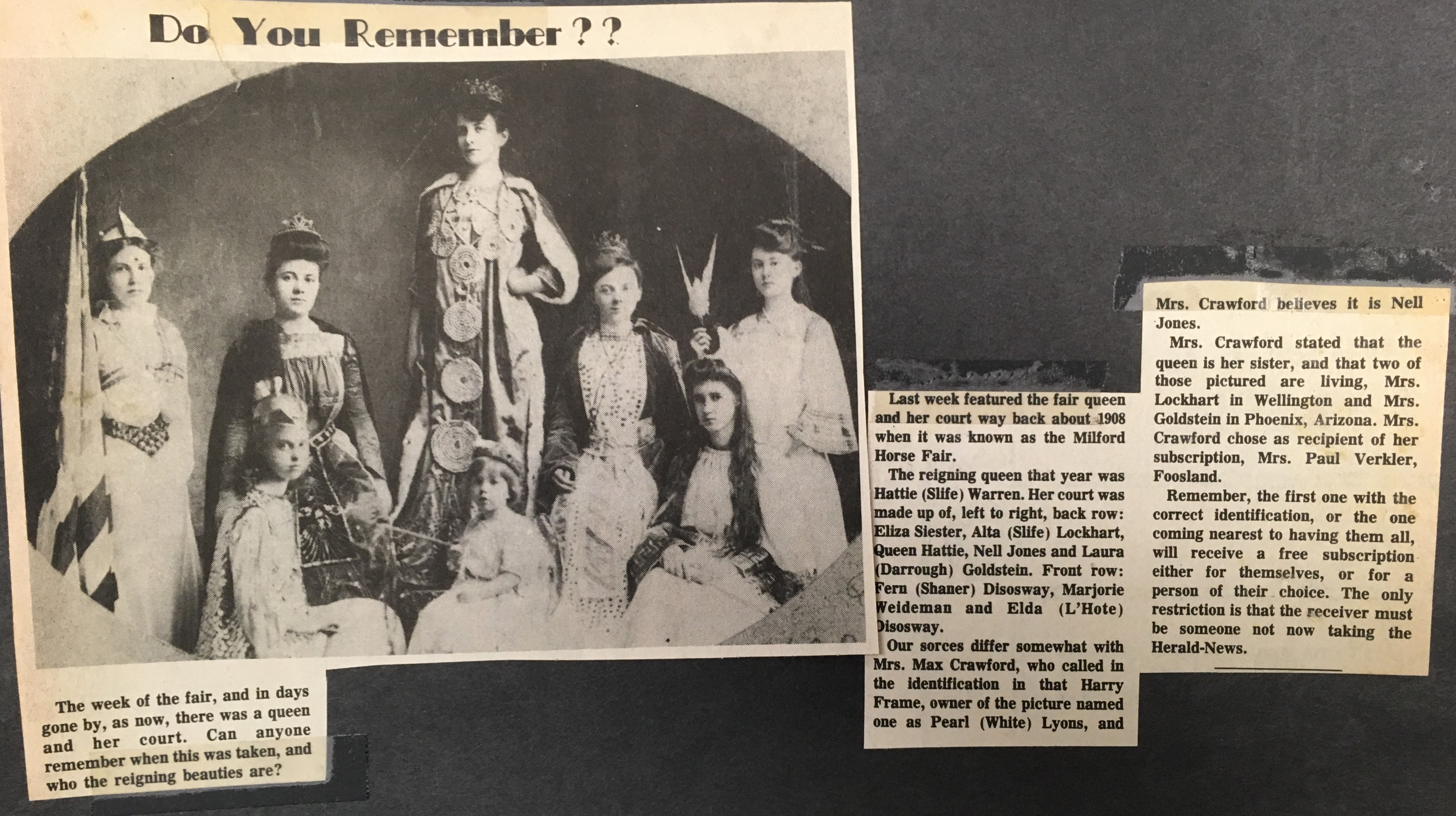 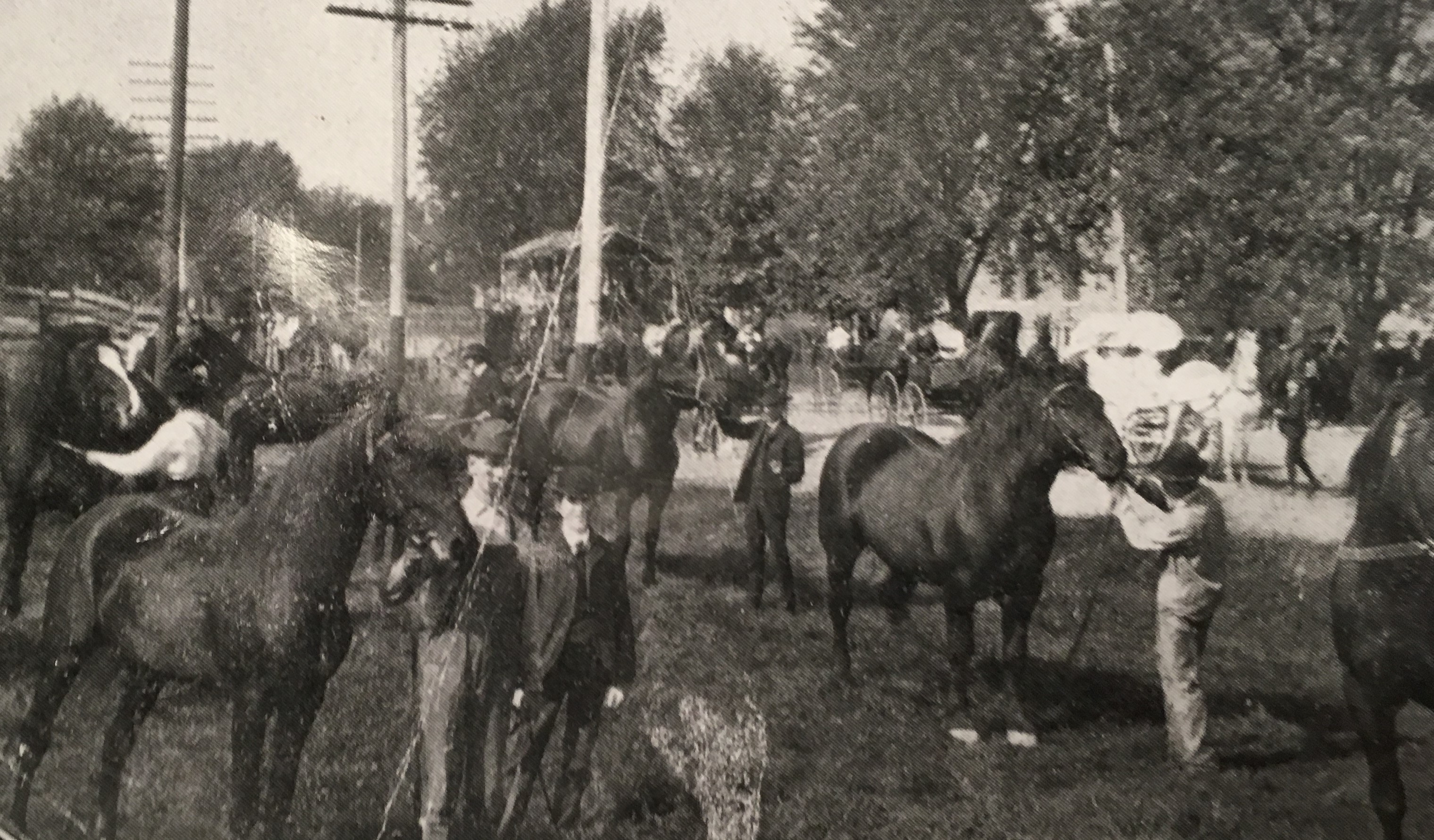 The collection also features photographs of work, from local businesses to farming and factory work, including scenes of women engaging in the workforce. In addition to grade school class photos of teachers with their students, as well as several stores owned and operated by women, there are a number of images of the Milford Canning Company. These photographs show women at work in the factories operating machinery and working on an assembly line to can sweet corn. Frame included a note saying that the cannery “turned town manufacturing ambitions to agriculture…Many farms made seven and eight tons (of sweet corn) to the acre.” The photographs also show scenes of the canning process, from the husked ears of corn being washed through a machine to a conveyor belt of kernels making their way through the assembly line. 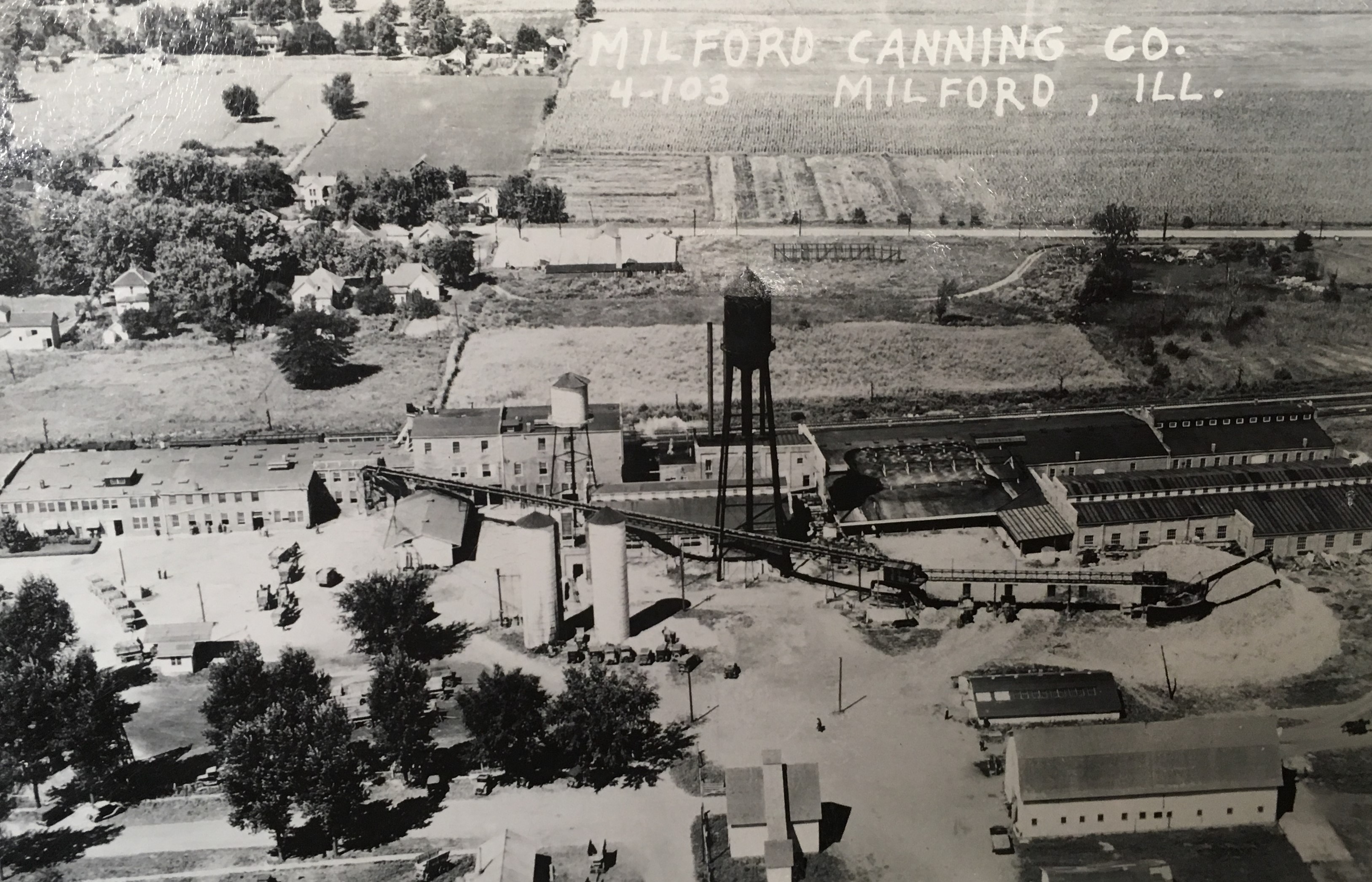 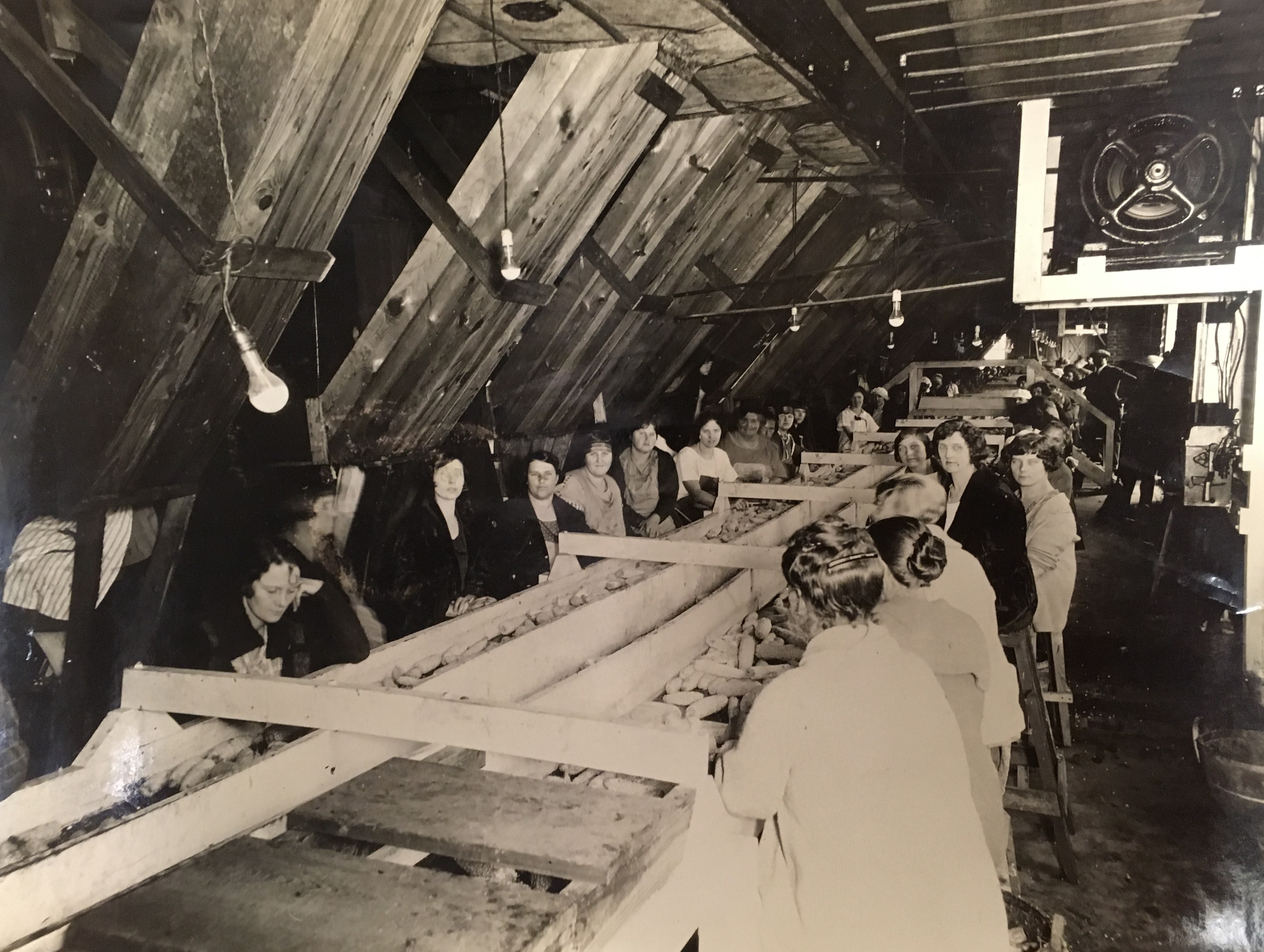 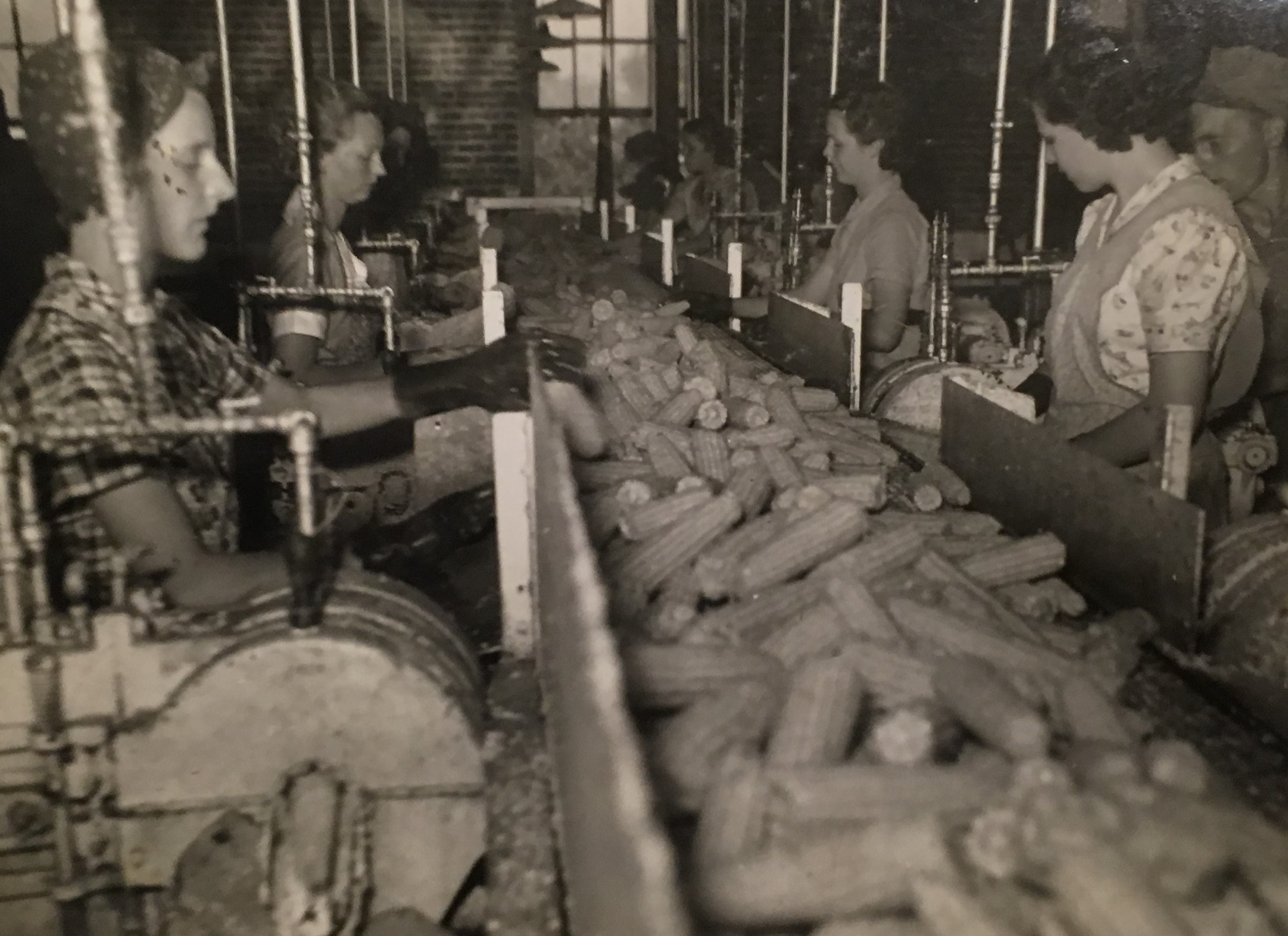 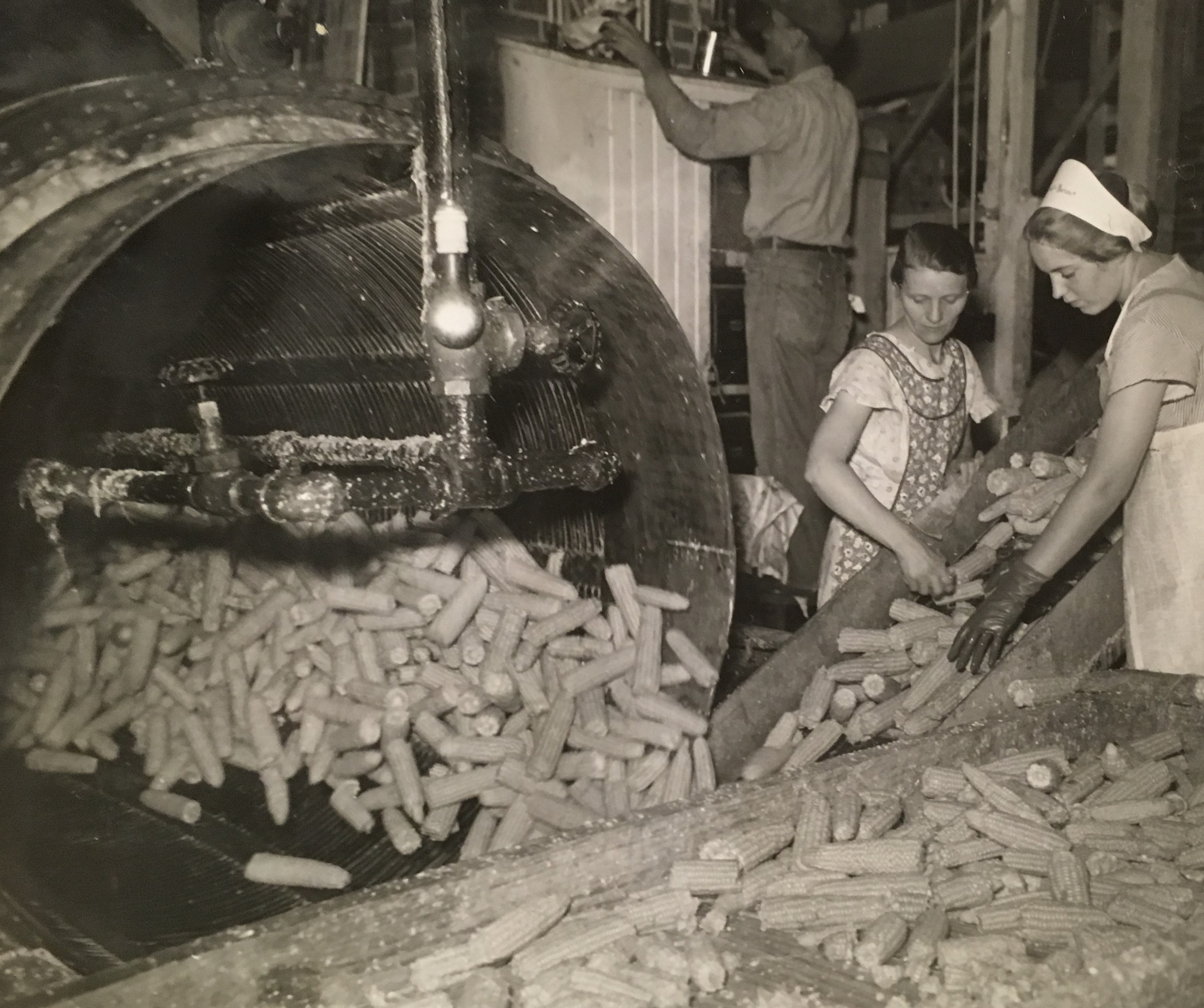 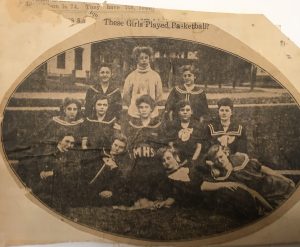 There are also images of women engaging in civic groups and clubs. In addition to photographs of the 1924 Women’s Club and fair queens, there is a photograph of the Milford Girls Basketball Team of 1905, which was later printed in the local newspaper with the caption, “These Girls Played Basketball?” These photographs offer a unique look at late 19th century and early 20th century women in a wide range of spheres and activities in an everyday context.

Many of Frame’s handwritten notes offer interesting facts or comments that provide additional context for the photographs. For example, one image shows the local Nickelodeon five cent Crystal Theater with Frame’s note saying, “Lights all around door pane. Big horn bellowed out songs from a gramophone inside.” 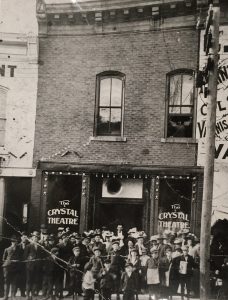 There are also several photographs of the bridge over Sugar Creek east of Milford. Frame noted that it was believed that part of the ferris wheel from the World’s Columbian Exposition in Chicago was used for railing on the south side of this bridge. 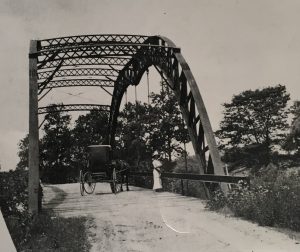 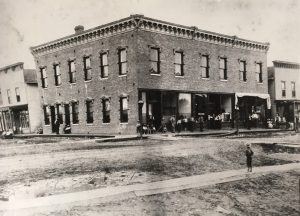 Frame’s collection also reveals the town’s progress from the late 1800s through the 1900s and how it evolved with the times to become more modern. There is an early photo of uptown Milford taken with wooden sidewalks. Frame dated the photograph to the late 1800s and noted that the image was taken before 1911 because the image features a grocery store that was torn down around that time. He also commented, “This would be an early picture as there are very few pictures with wooden sidewalks.”

Frame’s eclectic accumulation of photographs depicting Milford life over a number of years and in a range of settings provides an insider look at the varied facets of daily life for different Milford citizens, from factory works and farmers to business owners and families. In addition to these numerous photographs depicting scenes of life in Milford, Frame assembled postcards with scenes of the Midwest, military and political badges and buttons, and commemorative coins.

Check out the Harry S. Frame Photographs, Memorabilia, and Papers, 1830-1930 (MS 639) to learn more about Milford and life in the Midwest throughout the 19th and 20th centuries.