This year the Illinois History and Lincoln Collections will celebrate the 70th anniversary of a significant event in our history. In 1951, two generous alumni, Harlan Hoyt Horner (1878-1965) and Henrietta Calhoun Horner (1880-1964), gifted the University of Illinois their extensive personal library of books and other materials documenting the life and legacy of Abraham Lincoln. With this donation came the founding of the Library’s Lincoln Room, predecessor to the Illinois History and Lincoln Collections.

Harlan and Henrietta Horner were graduates of the Class of 1901 at the University of Illinois. Following graduation, Harlan worked for the State of New York’s Department of Education, where, in 1909, he was tasked with publishing a pamphlet about Abraham Lincoln in honor of the centennial of his birth.… Read More

Kate Baker Busey was an artist, teacher, and social reformer in Champaign-Urbana in the early 20th century. Born in 1855 just before the Civil War and raised by socialist parents, Kate grew up in a time and place where progressive notions were rare and racial inequality was pervasive. Kate had a unique childhood among the former members of the socialist commune Ceresco in Cobden, Illinois—a town in the southern tip of the state. Kate’s community of social reformers had moved to Cobden from Wisconsin when Kate was a baby, after the experimental phalanx failed to sustain itself in the northern forest.… Read More

One hundred years ago, on August 18th, 1920, the United States government ratified the 19th Amendment, giving American women the right to vote. One hundred years ago, after decades of organizing, marching, petitioning, picketing, publishing pamphlets, and holding conventions, women were finally allowed to fully participate in their government. Of course, this ratification was only a stepping stone—as it omitted the rights of all women.

The 19th amendment specifically stated that citizens couldn’t be denied the right to vote on the basis of sex—that doesn’t mean that there weren’t still other avenues by which voters could be discriminated against and disenfranchised.… Read More

Have you ever wondered what Abraham Lincoln ate in his day? Lincoln wasn’t known to be much of a foodie—he had simple taste in cuisine and often skipped meals altogether. However, there are a few unique dishes that he’s rumored to have enjoyed, so we decided to recreate two of them to get a glimpse into Lincoln’s life.* Download our printable recipe cards to try your hand at these recipes at home!

*We made minor adjustments to the original recipes to ensure they would be appealing to modern tastes. 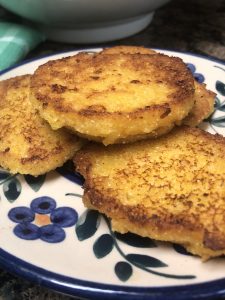 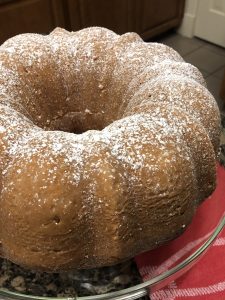 This simple, satisfying food is essentially a savory cornmeal patty that can be fried or baked.… Read More