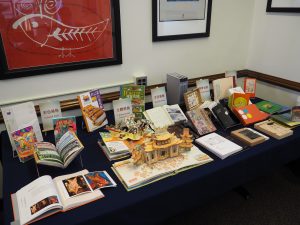 Pop-ups and other unique books from Taiwan will be on display through December.

On November 14, 2017, the International and Area Studies Library opened the Taiwan Resource Center for Chinese Studies (TRCCS), with support and material donations from the National Central Library (NCL) of Taiwan. The ongoing collection will include more than 800 contemporary publications from Taiwan, which are available for checkout. The exhibit, which features rare items from the NCL about the history of books and book-making, will be on display through December in the International and Area Studies Library. The opening ceremony included a signing of cooperation agreements, book donation exchange ceremonies, and a lecture from Professor Kai-Wing Chow titled “Printing Technology, Book Culture, and the World of Print in Imperial China.”

Students and faculty reflected on the opening ceremony and on the value they see in the TRCCS: 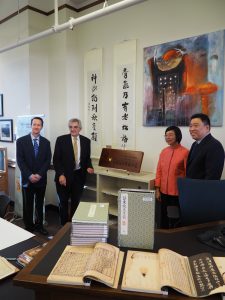 Representatives from the National Central Library of Taiwan visited IAS to open the TRCCS.

Kezhen Zhang, a student worker in the International and Area Studies Library who graduated from the iSchool in August with a concentration in special collections and archives, both attended the event and helped to coordinate it. She said:

“I was pleased to be an assistant for the TRCCS opening ceremony. During the preparing time prior to the event day, I established a TRCCS page on the Library’s website,  where I added an introduction to TRCCS and the exhibit, and information about the event as well. I also designed a poster for the hallway. When preparing this event, I not only got chance practice various tools, such as WordPress, Adobe Photoshop, and MS Publisher, but I also collaborated with other members in our division. On the event day, I played an administrative role. I loved the atmosphere of collaboration while everyone was trying to make the event great! I was also glad to meet members of the National Central Library of Taiwan, and I appreciated seeing their efforts for a partnership with our library.” 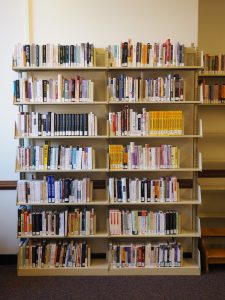 The National Central Library of Taiwan provided more than 800 books for the TRCCS.

Bonnie Mak is an associate professor, with joint appointments in the School of Information Sciences and the Program in Medieval Studies. She teaches courses in the history and future of the book, reading practices, and knowledge production. Her first book, How the Page Matters (2011), examines the interface of the page as it is developed across time, geographies, and technologies. Mak said of the TRCCS event:

“By examining the history of printing from a global perspective, Prof. Chow immediately exposes assumptions around the so-called ‘print revolution’ of the West that is said to have precipitated major social and political change in the 15th century. He usefully reminds us that moveable type was being used in Asia by at least the 12th century — 300 years before its adoption in Europe — and operated in conjunction with the traditions of woodblock printing and handwriting as means of graphic communication. The continued co-existence of all these techniques is worthy of further investigation, and Prof. Chow invites us to consider under what circumstances one might have been preferred over another.”

The TRCCS will be ongoing in the International and Area Studies Library, room 309, but the rare book exhibit will only be available until the end of December. This includes an interactive stamping display, where you can create a layered stamp card to take home. Stop by the IASL to see the exhibit while you can! 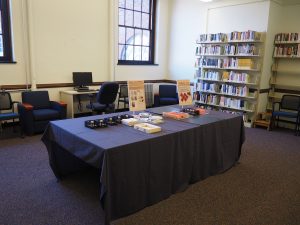 Room 309 of the Main Library is now the Taiwan Resource Center for Chinese Studies.

Visit the IAS Facebook page for more photos from the event.

UNIVERSITY OF ILLINOIS AT URBANA-CHAMPAIGN 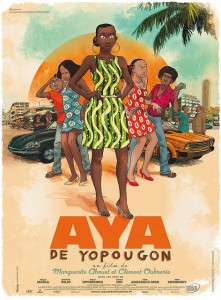 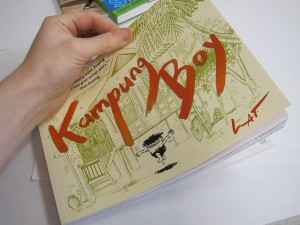 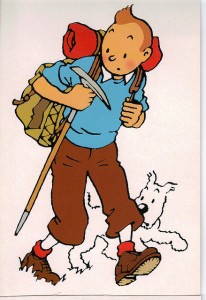 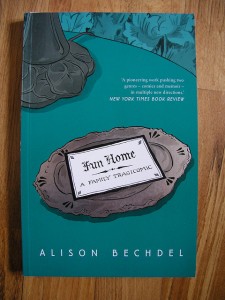 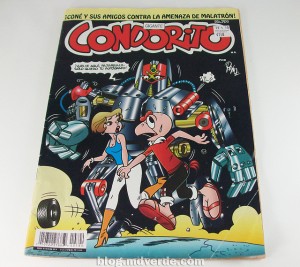 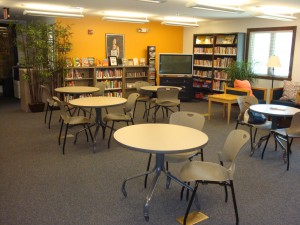 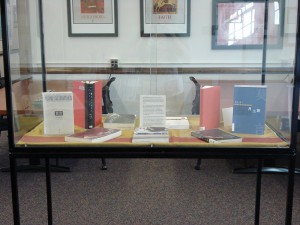