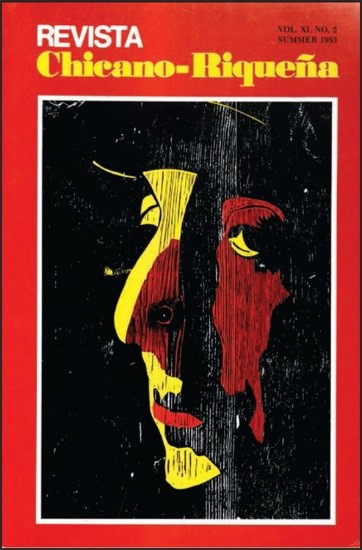 April is National Poetry Month! To celebrate the bicentennial, we’ll be covering a multitude of Illinois literature, from poetry to prose, and plays. Stay tuned as we examine the great writers of Illinois!

Often overlooked, Latino writers in Illinois, particularly in Chicago, have been able to create works that bring an understanding of what it means to be Latino in the United States. Writers and poets such as Sandra Cisneros, Ana Castillo, Carlos Cortez, David Hernandez, and others have worked to bring Latino literature and experiences to the forefront. Their writing explores Latino plight, aspirations, and history.

The Latino literary movement coincided with the Chicano Renaissance in the East and Southwest, where Mexican-American writers and artists addressed their communities and reaffirmed their ethnic identities. However, the Midwestern Latino population and national culturalism moved at a much slower pace compared to the rest of the country due to the increased distance from Latin America. While Latino literature existed in Illinois prior to what is recognized as the Latino literary movement, it was not until the early 1970s that an organized movement would come to fruition. This movement spanned for roughly twenty years and represented not only Chicanos, but other Latinos as well.

The central Puerto Rican figure that arose from the Nosotros issue was David Hernandez, a major personality within the Chicago Latino scene up until his death in 2013. His work deals with expressions of and dilemmas pertaining to being “Chi-town brown,” and the perceived ugliness of it. Hernandez’s writing is ironic, humorous and angry, but important in understanding the Puerto Rican capacity for survival. Similarly, Carlos Cortez identifies heavily with his Latin and Indian roots, though we see this much more through his visual art than his poetry. On the Chicana side, two important authors are Sandra Cisneros, associated with MARCH and the author of The House on Mango Street, and Ana Castillo, cofounder of the literary magazine Third Woman. Both women are Chicana feminists examining the role, racialization, and sexualization of brown women in society.

Latino literature in Illinois is characterized largely by a need to address social and political struggles on a more local, individual level. While the movement in Illinois was slow to start, it created a voice for the growing Latino population.

A cover from Revista Chicano-Riqueña. Courtesy of Dr. Nicolás Kanellos, University of Houston.