This week we sit down with IAS Library Head/Interim Japanese Studies Librarian Steve Witt to discuss the International Federation of Library Associations and Institutions (IFLA). Professor Witt is the current editor of the IFLA Journal, among other functions he has served therein. We also discuss how interested parties might become involved in IFLA. 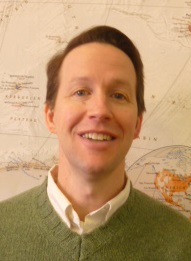 Glocal Notes: What is your role in IFLA?

Steve Witt: I’ve been the Editor of the IFLA Journal since August of 2014.  IFLA Journal is an international journal publishing peer reviewed articles on library and information services and the social, political and economic issues that impact access to information through libraries.

In the past I’ve served on IFLA Professional Committee and Governing Board plus some of the professional sections such as Social Science Libraries, Library Theory and Research, and the Library History SIG.

GN: What is the University of Illinois Library’s general relationship with IFLA?

SW: The University of Illinois is an institutional member of IFLA and has a long-standing history of leadership in the association that goes back generations of librarians. I recall being a Graduate Assistant in the 1990’s and working with Robert Wedgeworth, who was the President of IFLA at the time. Lynne Rudasill, Global Studies Librarian, just served as the Chair of IFLA’s Professional Committee, and Susan Schnuer of the Mortenson Center was awarded the IFLA Scroll in 2015. Many librarians in IAS and throughout the library are active in different IFLA sections.  IFLA’s annual conference attracts many U of I Librarians; there is a long standing joke that many of us only see each other at IFLA.

GN: What are some of the recent, popular trends in IFLA?

SW: Over the past few years, IFLA has transformed itself into a key player in advocacy globally for information policy issues that range from access, privacy, transparency, and intellectual freedom. The impact of this work directly contributed to the Marrakesh Treaty to Facilitate Access to Published Works for Persons Who Are Blind, Visually Impaired or Otherwise Print Disabled (http://www.wipo.int/treaties/en/ip/marrakesh/). The IFLA Trend Report provides an excellent overview of some of the issues that IFLA is currently focusing on: http://trends.ifla.org/. These include the way new technologies expand and limit access to information; online education as a democratic and yet disruptive force in global learning, boundaries in privacy and data protection; and the transformation of the global information environment.

GN: What can you tell us about the IFLA fellows program?

SW: The ALA’s IFLA Fellowship program is an excellent opportunity to attend this year’s conference, which will take place in Columbus, OH. Another opportunity for support to attend the conference in Columbus is to volunteer. The organizing committee is recruiting hundreds of librarians and library science students to provide volunteer help during the conference.  For more information on this, I’d suggest visiting: https://library.osu.edu/news/ifla-volunteers/.

GN: What is a simple way to get involved with IFLA?

SW: Show up! The best way to get involved with IFLA is to attend a conference and show up at one of the professional section meetings. These groups are always have interesting projects that might provide an opportunity to get involved in IFLA’s work. As an organization, IFLA presents an excellent networking opportunity to engage with librarians and leaders in the field from all over the world. Some of my closest colleagues and friends are people I’ve met through IFLA.