Seth Fein’s literary career began with (a) his creative writing professor’s refusal to write him a recommendation for grad school and (b) the alternative that stood ready to hand, being an “analogue troll” for buzz magazine (back when it still existed in print form).

If the word “career” conveys for you a beige cubicle in an office park somewhere, an hour talking to Fein is a welcome corrective. His career is one he created for himself, based on the things he loves doing: booking bands, writing, being a part of the local community. In 2005, he created the Pygmalion music festival, which has since grown to be a literary, tech, craft. and food festival as well, with more than 60 sponsors.

“Pygmalion is the main thing I do,” Fein says, but it is hardly the only thing he does. As Co-President and CEO of the Nicodemus Agency, he also promotes bands, consults, and offers design and photography services. He also runs Smile Politely, an online magazine started in 2007 to fill a gap in the Champaign-Urbana cultural scene.

Fein’s message to students? Spend your twenties doing what you love–or at least, figuring out what that is. Fein shredded the motivational-poster version of that sentiment and spoke frankly about the realities:start-up costs (working multiple paying jobs to support the not-yet-paying gigs), the inevitable co 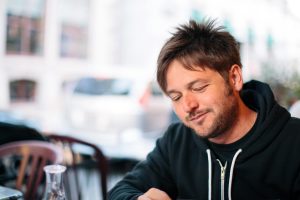 mpromises (turning down well-heeled advertisers in order to build a coherent brand), the trade-offs (living with the limitations of the local community while working to make it better).

The bottom line? As Fein put it, “just start writing your own sh*t.” 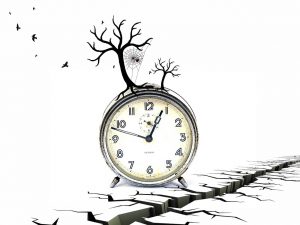 It may be a peculiar question to ask when we’re nearly eight weeks into the semester but it feels like summer has barely ended. Nevertheless,it’s the time of year when students in business and engineering start nailing down their plans for the following summer. If you’re an English or CW major with friends weighing summer internship offers from Monsanto and Boeing you may be worrying that you’re already too late.

“Internship” can mean a lot of different things. In fields where the undergraduate degree confers specialized training for particular industries, large companies compete to test-drive the best students in summer internships, creating the talent pool from which they will eventually select full-time employees. They want to lock down commitments quickly, which is why the Engineering and Business Career Fairs take place so early in the fall semester.

Chances are, however, you’re majoring in English/CW because you have dreams beyond the kinds of jobs that pay well because no one would do them if they didn’t. Those kinds of jobs tend to have a slower hiring cycle.

That said, it doesn’t hurt to start looking now.

But–it’s entirely possible to do nothing this fall and still have a summer internship lined up by the time you leave campus in May. Many companies don’t start advertising summer internships until March or April, and the UIntern program through the University of Illinois Career Center (which matches students with local nonprofit organizations) starts recruiting students in early spring.

The key is to know what kind of experience and skills you’d like to acquire in a summer internship and to start looking for opportunities. We’re here to help you identify your options and craft a resume that will give you the best shot at them. Call 333-4346 to set up an appointment with Kirstin Wilcox, Director of Internships. 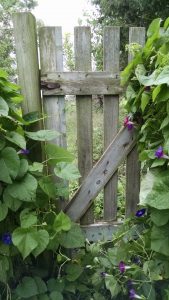 Donna O’Shaughnessy (Creative Writing ’16) finished a degree forty years in the making this past year, but that’s only part of her story. We asked her to tell us the rest. With her undergraduate degree now behind her, along with extensive experience in nursing, farming, and running a small business, why is she now living in a converted grain bin and deliberately managing on less than minimum wage? Here’s her answer:

Intentionally Living Under the Poverty Line: A Different Measure of Success

Yesterday, my husband converted a century-old shed into a cozy chicken coop using discarded windows, reclaimed wood and fallen tree branches, while I canned tomatoes for winter stew and hung out six loads of laundry to dry in between fits of rain. We neither spent nor earned one dime, but we considered the day a success. 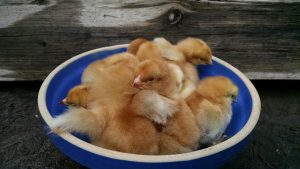 Our definition of success has morphed over the last four years from one calculated in terms of finance to one gauged by the less tangible and far less popular measure, of satisfaction. Where once we considered ourselves “successful” due to our six figure earnings (combined nursing and farming income), we also succumbed to the pitfalls of that prosperity: less time for each other, our children and grandchildren, serious health issues, and little opportunity to pursue hobbies or activities that gave us pleasure. We had, like so many others in our American society of More Is Best, worked ourselves into near collapse.

The way we saw it, we had two choices: get bigger by hiring staff for our organic 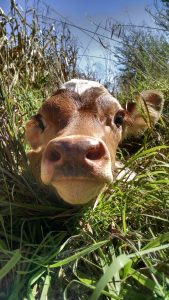 farm business or get out. We elected the second option. I retired from nursing, we sold our big farm and bought a smaller farm without housing. Living in a 160 square-foot camper for six months while we converted a grain bin into a tiny home solidified our goal to live small on a tiny income,

How tiny? Under the poverty line tiny. Currently in Illinois this number is $16,020 for a family of two.

So, why would two college educated, able-bodied quinquagenarians elect to decrease their previous years income by 80%?

Because, we had grown tired of our definition of success. When personal success is measured by outsiders looking in, rather than through intrinsic inspection, feelings of satisfaction are diluted. We used to run ragged earning money to buy things which required more money to maintain. We were gone all day selling good food to others, while eating boxed cereal ourselves at 10 pm.  Now, a successful day is one spent donating time to charitable organizations, teaching grandchildren to milk a cow, preserving produce, or cooking meals for those who have no time to cook for themselves.

I believe Ralph Waldo Emerson said it best when he wrote: To know even one life has breathed easier because you have lived; That is to have succeeded. 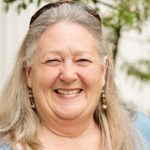 You can read more about Donna’s Emersonian adventures on her blog, The Poor Farm. You’d think she’s busy enough as it is, but remember that degree in Creative Writing? She’s putting it to use and blogging about her writing endeavors as well.