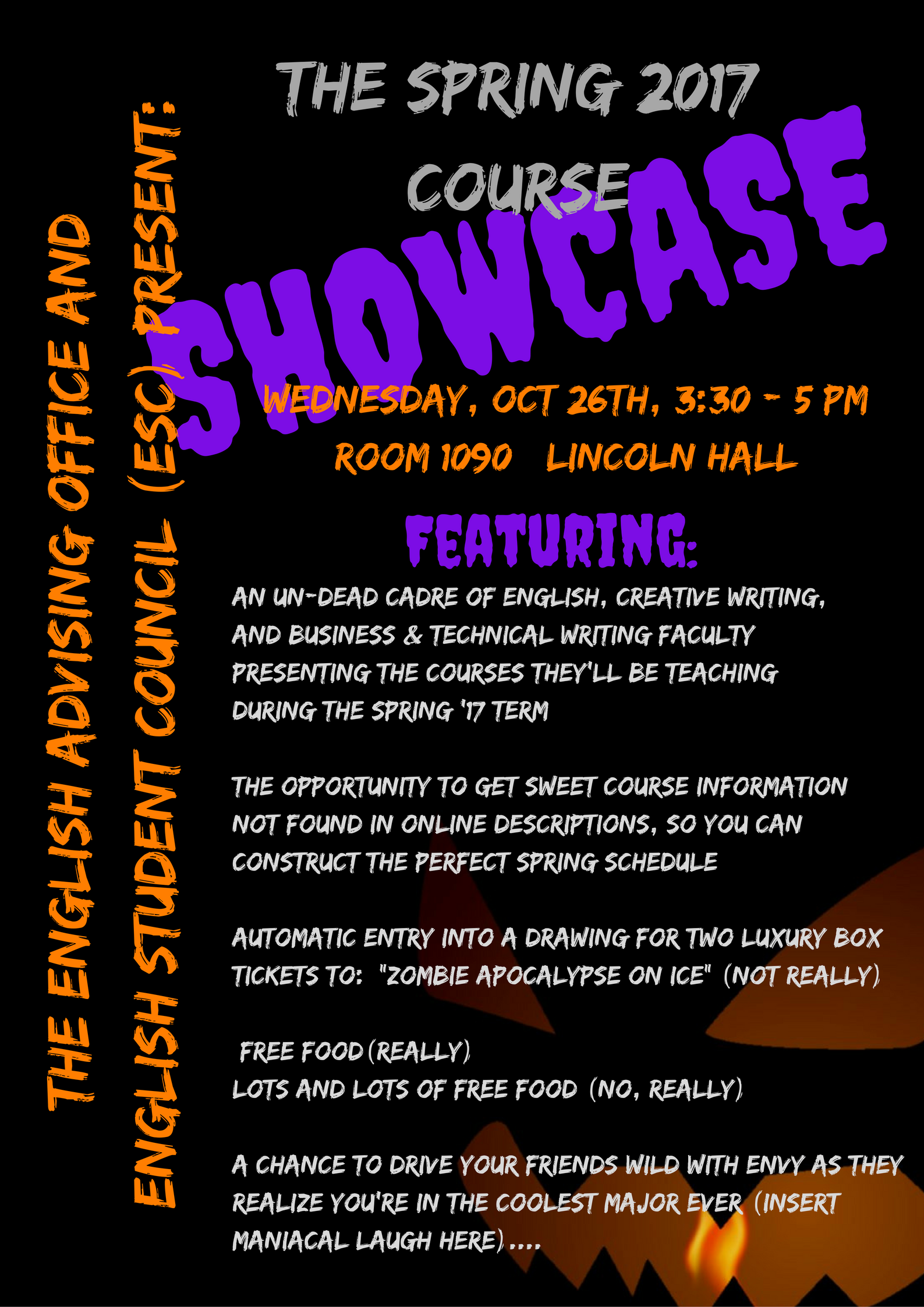 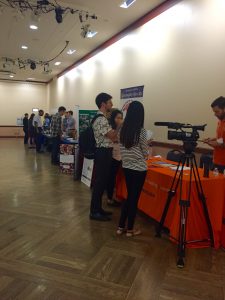 Career fairs. Consistently throughout my three, going on four, years here at the University of Illinois, that phrase has terrified me–along with all the things that go with it: pressure, elevator pitches, resumes, business casual. However, after attending a number of career fairs on campus —and similar events, like corporate after-hours and part-time job fairs—I’ve grown less averse to the idea.

For instance, I recently attended the FOCUS part-time job and internship fair at the Illini Union as a senior in English. (I also attended the Department of Computer Science’s Corporate After Hours a couple of weeks ago, seeking out UI/UX design positions—I was even more of a fish out of water there!) At FOCUS, many of the students around me were from the College of Fine and Applied Arts, and many of the opportunities offered at the event were centered on graphic design (though, not all of them—there were opportunities for marketing, communications, videography, social media, and even content-development positions, among others that I probably missed). Personally, I was there seeking both writing positions and design positions; thus, I grew worried that the abundance of FAA students around me would overwhelm my chances of wrangling some of those design opportunities.

However, the fair wasn’t overly crowded, and the stakes were pretty low, so I decided to talk to as many of the represented companies and colleges (for instance, the College of ACES was there) as possible. As it turns out, most of the representatives were happy to speak with me, and each one that I spoke to took my resume for reference, regardless of whether or not they had any current openings that matched my skill set. At each booth, I asked about the kinds of jobs and internships the different companies had available, the expectations in terms of hours and pay, and their goals for the semester (or upcoming semesters). In return, they asked me about my familiarity with the company, my knowledge of certain software, and whether or not I was interested in the projects they were recruiting for.

While the fair represented around twenty companies, and I only had the time to talk to about eight of them, I could already perceive a wealth of opportunities. Everyone had been perfectly happy to talk to me, and no one made any assumptions about my competence in regards to writing or design—rather, they gave me the chance to discuss my experience and describe my capabilities. The event was pretty casual, and I walked out of the Illini Union Ballroom with the knowledge that, at the very least, I was exposed to some new opportunities, I had links to some applications in hand, and, through mere exposure and repetition, I was slightly less intimidated by career fairs and interview-style interactions than I had been walking in there (even 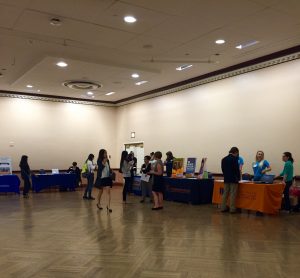 Enormous fairs like the Engineering Career Fair and Business Career Fair can be a lot to tackle at the beginning of the semester, but they are by no means the only opportunities to connect with companies. If you’re ever wondering whether or not you should attend a career fair, I’d suggest going for it, especially when smaller, more focused events like the aptly-named FOCUS are within your reach. 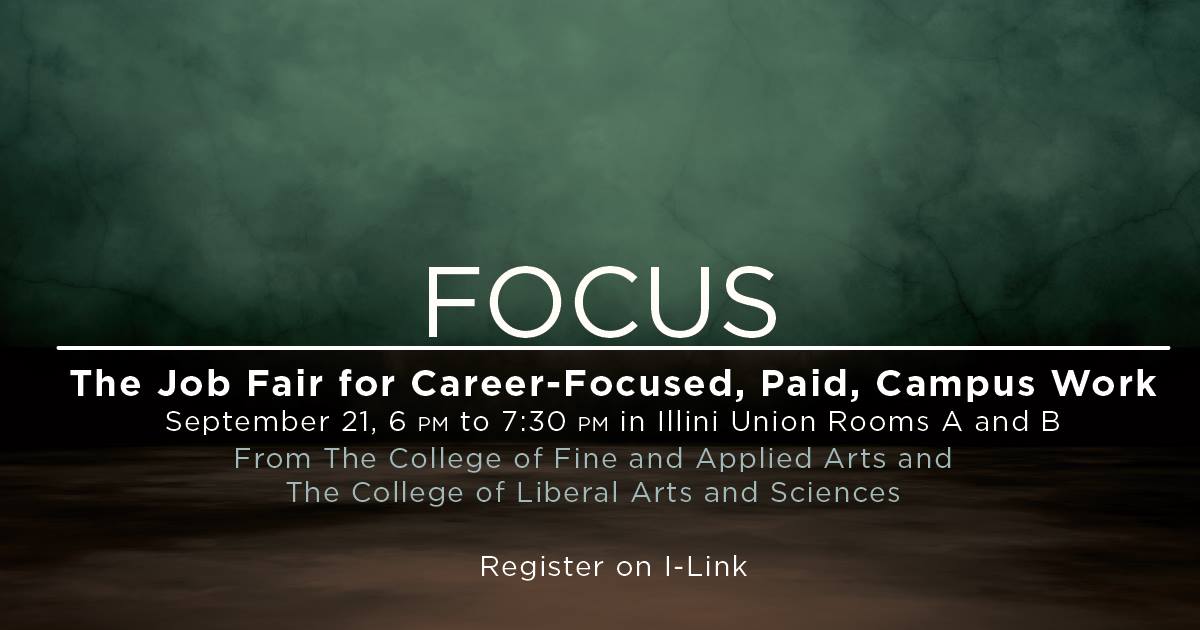 If you’re looking for part-time work on or around campus that will help you to build your professional skills, this is your job fair.

It’s a good idea to register first on I-Link, but you can attend even if you don’t register. To register, log into I-Link, click the “events” tab on the left-hand side of the page, then scroll down to “FOCUS: The Job Fair for Career-Focused Paid Campus Work.”  Click on that link and then on the box marked “RSVP.”

You’ll need a resume. If you’ve never written one before, the Career Center has lots of helpful advice. Walk-in resume review is available tomorrow, Sept. 20, between 4 and 5 in 2040 Lincoln Hall.

You should plan to dress professionally. Don’t stress if you don’t have a suit–just wear nice slacks or a skirt with an appropriate shirt, blouse, or sweater, preferably with shoes that aren’t athletic shoes or flip-flops. Avoid tank tops, jeans, shorts, sweats, and anything with a logo.

Whom Will You Talk To?

On I-Link you can find information about the employers who will be coming to the FOCUS part-time job fair and the jobs they are seeking to fill. Of particular interest to English and CW majors are Gaggle (they are VERY keen to meet English majors), Human Kinetics (a local publishing house), the University of Illinois Foundation, and FAA Advancement. But check the list for yourself.

What Do You Do at a Job Fair?

You introduce yourself to employers, ask an intelligent question about the positions they have advertised, and offer a resume that spells out your qualifications in greater detail.

Is volunteering part of your life? Have you always sought out service opportunities? Are you hoping to make it a part of your routine if it hasn’t been before?

Service can be a way of life, not just an extracurricular activity. A great way to explore careers in the nonprofit sector, jobs that involve making positive change in the world is to get involved. Here are some ways to do it. 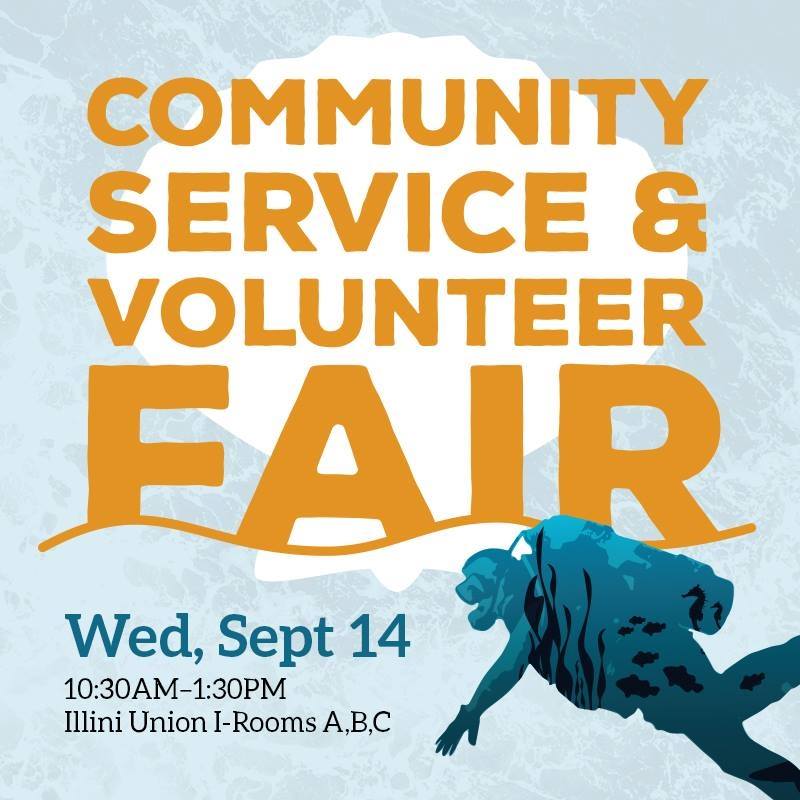 2.  Every semester, The Community Learning Lab in the School of Social work identifies projects that draw on the communication, research, and problem-solving skills of English/CW/ToE majors and matches those projects to interested students.

Students should expect to spend no more than 25 hours over the course of the semester completing the project, which will include a brief self-assessment and reflection at the end.

To take part in this opportunity, send an email ssw-cll@illinois.edu, explaining that you are an English department major interested in working with Community Learning Lab partners.

You will receive a list of available projects and a link for signing up for the projects that interest you most.

3. The upcoming LAS in CU Internship Fair offers a wide range of internship opportunities for the spring and summer, many of them with local nonprofit agencies. 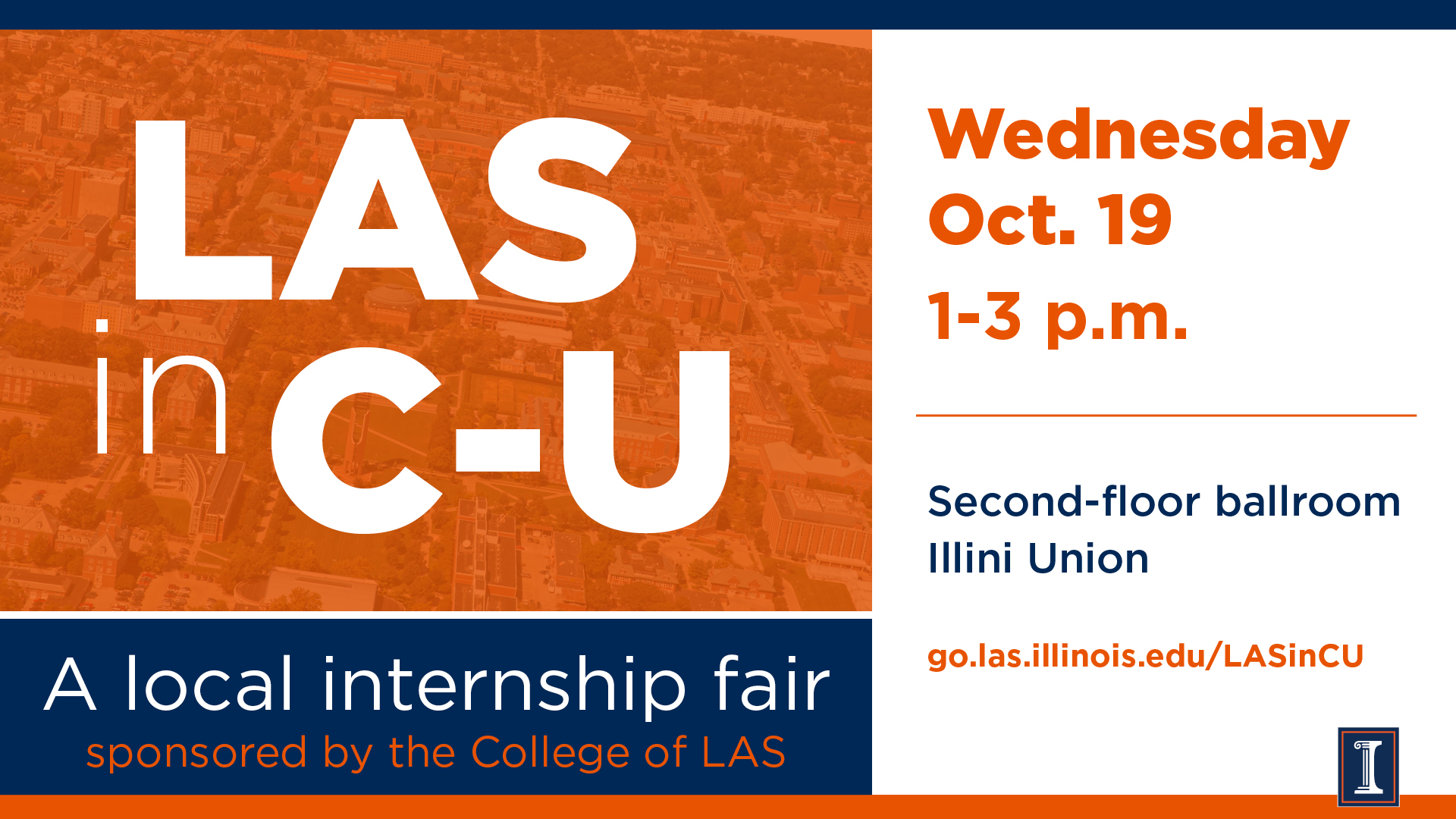