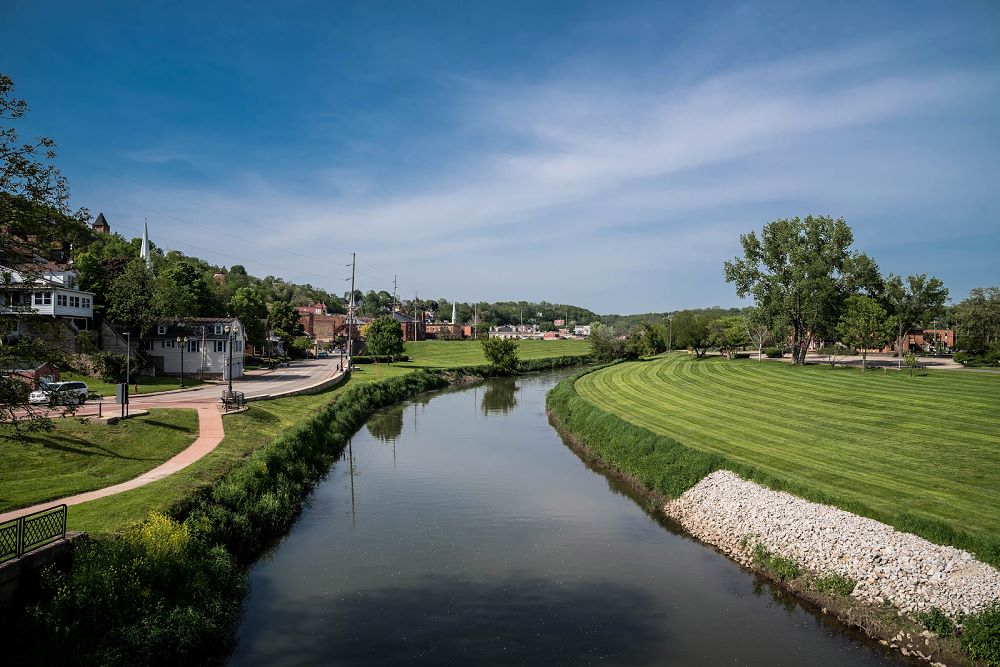 Although the official town of Galena was organized in 1826, Native American tribes had lived in the region for hundreds of years prior to the creation of the city, mining the natural lead found around the area. In fact, the town name stems from galena, the term for the natural form of lead sulphide.

As settlers came to the area to make their fortunes mining the natural minerals in and around Galena, the town attracted some important figures in U.S. history. Ulysses S. Grant moved to Galena in 1860 with his wife and four children and worked in his father’s leather store in town before the Civil War. His home in Galena, presented to him as a gift after he returned from the war, is now a State Historic Site.

Other visitors to Galena included Stephen A. Douglas and Abraham Lincoln. The famous political rivals did not visit at the same time, however. Lincoln arrived in Galena in 1856 and gave a speech on the balcony of the DeSoto House Hotel, which is still in operation today. Douglas visited in 1858, four days after the first of the Lincoln-Douglas debates in Ottawa and two days before the second debate was to take place in nearby Freeport, Illinois.

Galena has had a long and fascinating history, and while we can’t cover everything in today’s #SmallTownSaturday feature, you can learn more here at the IHLC. Search for Galena in our databases, and you will find plenty of resources to choose from.

In the comment section below, let us know your favorite things about Galena!