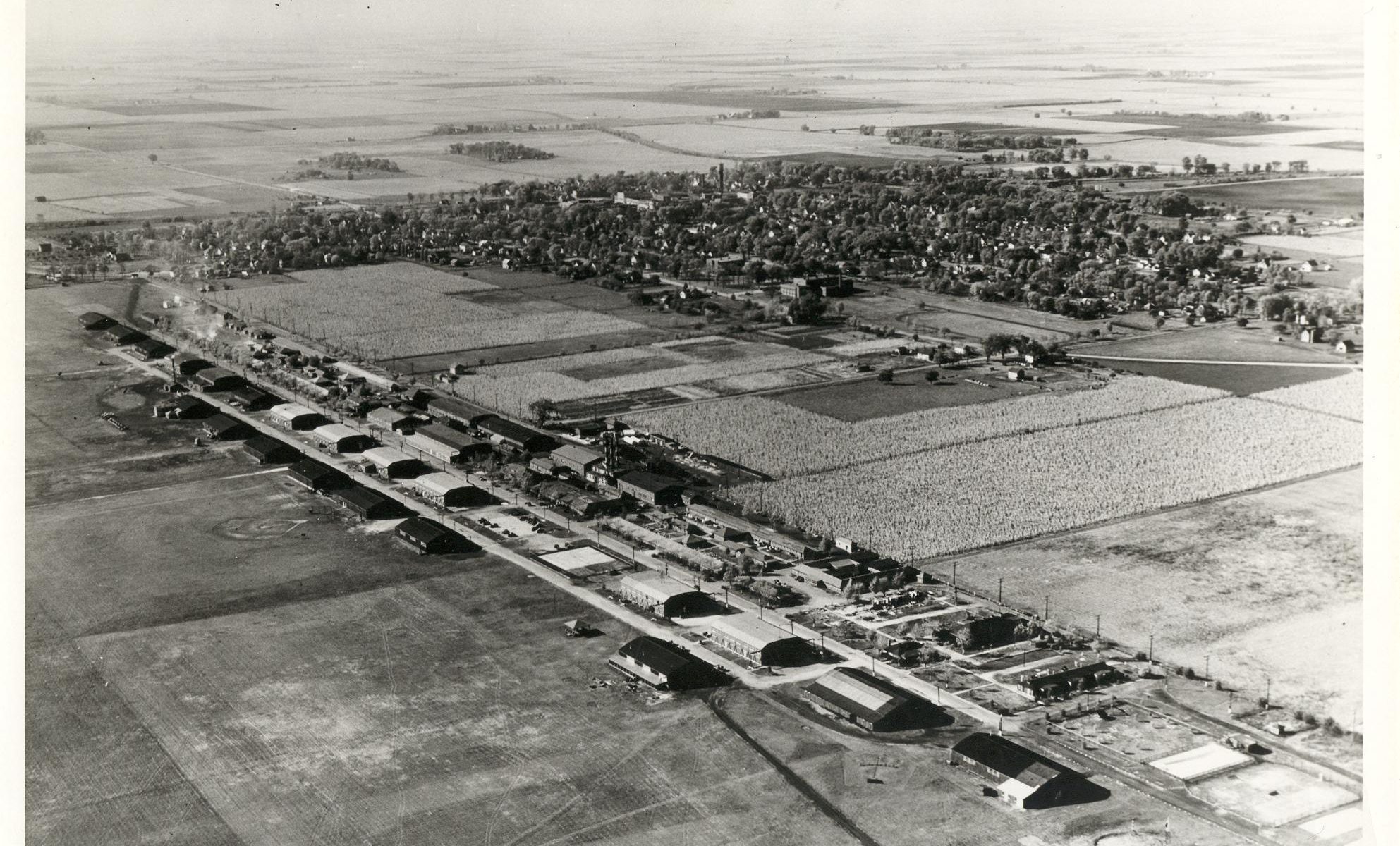 This week we’re landing in Rantoul, IL (pop. 12,815) for our #SmallTownSaturday!

Few settlers inhabited the wooded area north of Urbana until the Illinois Central Railroad arrived in the early 1850s. Robert Rantoul Jr., a U.S. representative from Massachusetts and a director of the Illinois Central Railroad, drafted a charter for a railroad that included tracks running from Urbana to Chicago. The project was completed in 1854 and Rantoul Station was built, named after Robert Rantoul Jr. A town began to form near the station as settlers built homes and set up small businesses. By the time Rantoul received an official charter in 1869, it had 1,634 residents. The town experienced slow and steady growth throughout the nineteenth and into the twentieth centuries until the arrival of a second major industry.

In 1917, the U.S. government began searching for a location to train pilots and aircraft maintenance men for World War I. Rantoul residents saw an opportunity, and W. H. Wheat traveled to Washington D.C. as their spokesperson to convince the War Department to choose Rantoul as the location to build a base. Rantoul was declared the official site for Chanute Air Force Base, named in honor of the aviation pioneer Octave Chanute. From its opening in 1917 until its closure in 1993, Chanute created an economic and social boom for the town. The base employed thousands of civilians, brought in air force personnel from all over the world, and hosted community events including annual open houses. The relationship was symbiotic with the air force base relying on employees from Rantoul to operate.

Above is an aerial photograph of Chanute Field courtesy of the Champaign County Historical Archives. The photograph shows the base in the 1920s with the village of Rantoul in the background.
https://www.flickr.com/photos/98945443@N05/35560757543/in/photostream/

Did you or any of your relatives spend time at Chanute? Let us know in the comments section on our Facebook page!