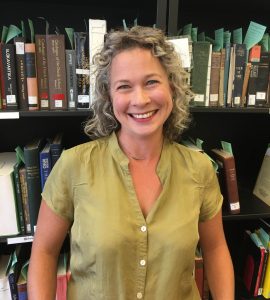 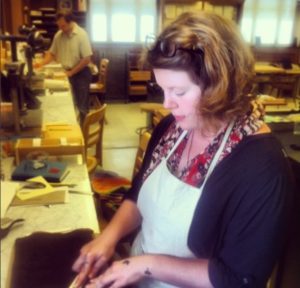 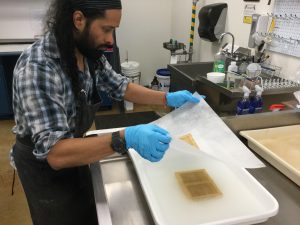 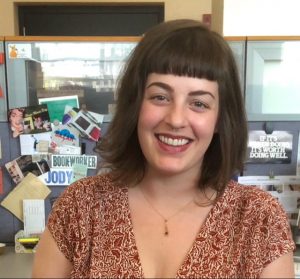 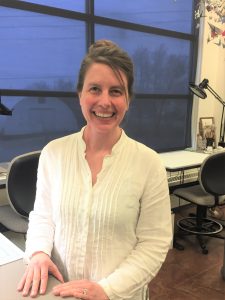 According to the American Institute for Conservation of Historic and Artistic Works (AIC), “conservation encompasses actions taken toward the long-term preservation of cultural property. Conservation activities include examination, documentation, treatment, and preventative care, supported by research and education.”

In the library setting, cultural property can be defined as anything that is part of the library’s collection. Books, papers, fine art, clothing, furniture, etc.

Conservation personnel follow the guidelines and standards of practice as outlined by the AIC. Supplies used in the treatment of special collections materials are of the highest quality and the treatments are planned to be as reversible as possible. Documentation of the treatment itself, through both written and photographic means, is an important component of this work as well.

What is a Conservator?

A conservator is a trained professional that works to provide long-term preservation to objects of all kinds.

According to the AIC, “conservators are professionals who work to physically save our cultural property from the ravages of time, the threats of pollution, and the devastation brought by natural disasters. A conservator may be trained at a conservation graduate training program or by lengthy apprenticeship with experienced senior colleagues. Working in museums, other cultural institutions, research labs, and in private practice, conservators combine unique skills gained through ongoing study and advanced training in art history, science, studio art, and related disciplines to care for and preserve our tangible history.”

Tell Me More About the History of Library Conservation at Illinois

Conservation began as the Mending Unit in 1934 thanks to a Federal Emergency Relief Administration (FERA) grant as a Division of the Binding Department. From 1934 to 1965, the Mending Unit employed between eighteen and twenty-five students. Work included binding pamphlets, performing spine repairs and completing page repairs. Students received thirty-five cents per hour for their work. During this period, methods of mending and supplies used were evaluated and updated/

In 1965, the Mending Division was renamed to Binding, Marking, and Conservation. The late 1960s also saw the introduction of fumigation to help with mold outbreaks. A few years later another technique was introduced to this department – single item deacidification treatments. This was used to help reduce acid in papers that were causing the papers to break down.

In 1986, Conservation was separated from Binding and Marking and became its own unit, reporting to the Preservation Librarian. The Conservation Unit was then further split between the Book Repair and Pamphlet Binding sub-unit and the Special Conservation sub-unit. Since 1988 the University of Illinois at Urbana-Champaign has participated in many National Endowment for the Humanities (NEH) preservation microfilming projects. Funded by the NEH, cooperative projects coordinated by the Committee on Institutional Cooperation (CIC) and NEH grants secured directly by the University of Illinois, permitted the institution to participate in the national brittle books program by filming 78,945 volumes and repairing 10,800 volumes.

In 1998, the Conservation Unit received $5,000 in private money to purchase needed equipment. Large items included a board crimper for phase box construction, a polyester welding machine for encapsulation of flat paper items, a HEPA filtered vacuum, an ultrasonic humidifier, and a Preservation Pencil.

In 2001, the University of Illinois at Urbana-Champaign established a centralized preservation program for the Library. A Head of Preservation was hired to oversee the functions of Bindery Preparations and Reformatting (transferred in 2001 to the Library from the Office of Printing Services), as well as to develop a brittle books program and to oversee the preservation administration functions of the Library, left unmanaged since Bill Henderson’s retirement in 1996. The sub-units of Pamphlet Binding and Conservation were relocated into room 44 of the Main Library. In 2001, the program was recognized by the Andrew W. Mellon Foundation by the receipt of a $1.4 million matching grant to fund endowed conservation staff for the support of special and general collections conservation. In 2005, the University Library established the John “Bud” Velde Endowed Professorship in Preservation, funded by a generous gift of Library Friend Bud Velde. The Conservation Unit moved to its current location, the John “Bud” Velde Library Conservation Laboratory in the Oak Street Library Facility in 2006 (for a photo tour of the lab, please see our Flickr page ). With this move, pamphlet binding was moved under the supervision of the preservation unit and remained in the main library. Again in 2010, the program was recognized for its accomplishments by the Andrew W Mellon Foundation with an additional $1.25 million matching grant to fund the position of senior special collections conservator. Also in 2010, the Conservation Unit entered the social networking community by starting up both Flickr and Facebook pages.

Both the Preservation and Conservation Units currently report to the Dean of Libraries and are part of the Technical Services Division.

Note: This history was compiled by Jane Gammon, who worked in the Library’s Repair and Conservation Unit from 1953-2016, and updated by Jennifer Hain Teper. This version was abridged by Natalie Leoni. The unabridged version can be found here.

This site was originally created by Graduate Students Natalie Leoni and Laura Rocco in Fall 2018.