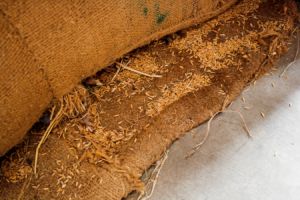 External observers of postharvest loss in developing countries typically have little difficulty identifying loss and waste.  Indeed each winter the ADM Institute contributes to the travel funding for University of Illinois business and agricultural engineering students to study in rural India.  The resulting student blogs (see one called Losses Along the Way) and pictures document the existence of loss upstream in the food chain and waste at retail and consumer levels. However, years ago, an agricultural economist, T.W. Schulze, won the Nobel Prize for his pioneering work indicating that smallholder farmers are economically rational – at least to the same extent as senior managers of multinational firms in the West.

Although initially seeming to be contradictory, the sentences of the prior paragraph actually underscore the need for a systems perspective in addressing and designing interventions to reduce postharvest loss. The external observers and our Illinois students are responding to the “events” they see. The smallholder farmers and the managers of the associated food chains make decisions and operate in response to the “structure” of their food chain and surrounding culture.

The Meaning of a ‘Systems Perspective’

The word systems pervades discussions of agriculture and food domains. The apparent meaning of systems relates to physical components of a larger whole. It is easily understood that a supply chain for tomatoes operates as an interlinked system of physical stages to move product from the field to the village or to an urban market. A less visible aspect of systems relates to the behaviors that ultimately determine performance and the even less visible factors that determine the dominant pattern of behaviors.

Figure 2: The Three Levels of a Systems Hierarchy

Figure 2 illustrates the commonly used hierarchy to understand and improve systems performance. The figure depicts three levels which are further described relative to the example of soybean production in Mato Grosso. As the noted in that example, observance of an event can trigger a logical response – slow down the harvest process. However that response may be inconsistent or only partially successful in the context of the patterns and structures that powerfully shape system performance.

One outcome of the growth in our understanding of the importance of a systems perspective is the phenomenon known as “paralysis by analysis”. Understanding the systems dynamics of a complex food chain is difficult. Attempting to simultaneously change all the components of an operating food chain typically is not a good idea. The better practice is to ensure recognition of the key patterns and structural factors as a means to shape the targeted response. Waiting until all the factors of the system can be changed seldom is productive.

Careful needs assessment during the design phase is essential and must extend beyond identifying direct impediments. It is important to determine why they exist as well. Exploration of tacit relationships, intentionally including a wide range of participants of the food chain, can add insights regarding why events occur in the manner they do. In essence, conduct of the needs assessment and the broader design phase needs to be done in a manner that aggressively exploits peripheral vision. Also although structural effects often are presented as impediments to innovation, in some instances structure can provide leverage points to accelerate change.

Steve Sonka is an ag economist at the University of Illinois and the former Director of the ADM Institute. More expert perspective posts by Sonka can be found on the Preventing Postharvest Loss blog.