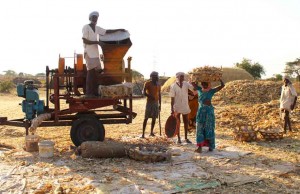 The issue of global food security has recently reemerged as an important societal concern.  Factors such as the prospect of needing to feed an additional two billion people in the next two or three decades, the presence today of nearly 870 million people who are chronically hungry, and the recent social unrest associated with food price increases all have contributed to a reawakening of interest in this issue.

Prevention of postharvest loss is increasingly cited as a means to effectively contribute to available food supplies.  The 2013 Advancing Food Security report[1] of the Chicago Council on Global Affairs specifies an action recommendation to “halve postharvest losses by 2023”.  It notes that “without adequate infrastructure to store and transport crops, enormous amounts of food are lost on the way from farms to consumers’ tables”.  Indeed, recent studies provide indications that postharvest losses are substantial, with a commonly cited assessment that 1/3 of the world’s agricultural product is wasted.[2]

However, the notion that reduction of postharvest loss has the potential to materially advance food security isn’t necessarily new.  In September 1975, the U.N. General Assembly held a special session focused on world food challenges.  There, then US Secretary of State Henry Kissinger strongly recommended that “the Food and Agriculture Organization, in conjunction with the U.N. Development Program and the World Bank, set a goal of cutting in half these post harvest losses by 1985.”[3]  Shortly thereafter, the U.N. General Assembly formally resolved to achieve the goals specified by Kissinger.

The Kissinger recommendation and the General Assembly resolution raise an interesting question; Did we achieve those goals? Were postharvest losses cut in half by 1985? By 2013? Of course, world crop production has expanded greatly – in fact, tripled over the last 50 years.[4]  Therefore, it is possible (but not likely), that the cited massive levels of current loss actually represent large proportional reductions from the levels of the 1970s.  But we don’t know.

As a manager, not knowing is a significant problem.  Whether the decision affects national policy or involves a smallholder farmer allocating scarce resources, not knowing seldom fosters effective decision making.  While it is known that reliable data is lacking, we’ve tended not to recognize that measurement itself is an economic activity. A fundamental reason for lack of measured data is that historically, given available technologies and techniques, the perceived cost of measuring postharvest loss exceeded the perceived benefits of doing so.  Therefore, even though there is an increasing realization: 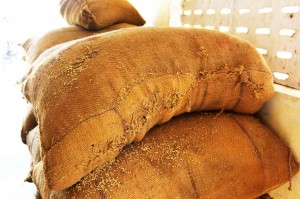 realization by itself isn’t likely to alter the economic relationships which have inhibited past measurement efforts.

Fortunately both technology and economics are not static.  The rapid adoption of information and communication technologies (ICT) in developing nations offers the potential for significant alteration in the measurement cost/benefit ratio associated with postharvest loss.  Techniques and perspectives of measurement, however, will need to be developed to fully exploit the potentials associated with ICT innovation.  Speculation regarding the nature of these changes will be the subject of our next blog post on September 4. The exciting possibility is that in 2023 we’ll be able to answer the question;

Did we halve postharvest loss over the last 10 years?

With awareness growing around the world of the issue and impact of losses in the food chain, an outlet is needed for active dialogue on developing action steps and practical approaches to reducing loss. The advanced information-sharing capability of the blog platform is one example of how leveraging modern technologies and seeking innovations can develop methods and techniques necessary for the sustainable prevention of loss. In this regard, we welcome and encourage your comments and interaction with the ideas and accounts we describe in this blog.
Share this via