I was really bad at hand embroidery when I learned in high school. Turns out, I’m not too much better at digital embroidery. After another fabulous FabLab day, another means of 3D output is under the belt. Sort of.

Step one is to choose an image. I chose a scene from my all time favorite 90’s TV show, Rocko’s Modern Life. 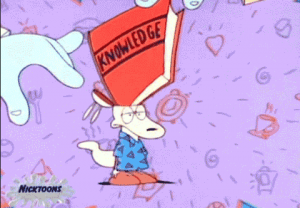 Next step, was to turn the image into as few colors as possible. After working tirelessly on this, powered by the aid of Mt. Dew and Cheezits, my file crashed. Sooo I did it again. With more Mt. Dew and Cheezits. After my colors were well consolidated, I threaded the machine up, and let that bad boy do its thing. I changed the spools when directed to, and eagerly awaited the sewing machine to finish my creation.

It had some really creative names for colors, and I had to Google a few of them, ask people which purple was more “lavender in shade” and thread that machine more times than I could count. In the end, I think I totally #nailedit. 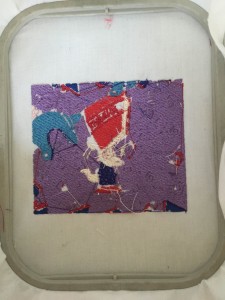 One thought on “Sew Close…”