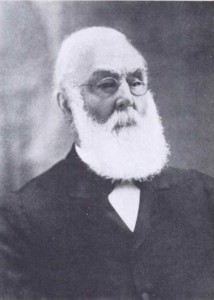 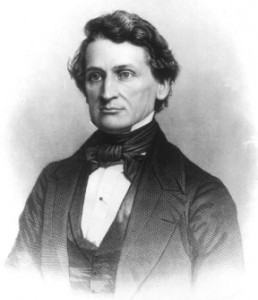 The major mountain-building idea that was supported from the 19th century and into the 20th is the geosynclinal theory. The fundamental concepts for geosynclinal theory were introduced in James Hall’s presidential address for the Geological Society of America at the meeting of the American Association for the Advancement of Science at Montreal in 1857 (Knopf, 649). His ideas were extravagant at the time; therefore, he was urged in a friendly letter by the secretary of the GSA, Joseph Henry, to introduce it slowly (649). Because of this, his address was not published until 1882 (Kay, 1). A principle concept of the theory is that the direction of a given mountain chain corresponds to the original line of greatest sediment accumulation (Knopf, 650). James Dana helped clarify the theory in his final edition (1895) of the Manual of Geology (650). In this piece, he recognized Hall’s beginnings and concisely formulated the theory (650).

Geosyclinal theory can be divided into two main stages. The first involves major sediment deposition (651). Following this is an event called the mountain making “crisis,” which is very quick relative to the first stage (651). Dana described the crustal down-warp area as the “geosynclinal region,” and the product of the process as the “mountain chain-synclinorium” (Kay, 1). Dana also reinstated that the trend of the mountain range follows the deepest part of the geosyclinal trough (1). Geosynclines are further classified into miogeosynclines, eugeosynclines, and orthogeosynclines; dependent on rock strata, location, and nature of the mountain system. A miogeosyncline forms along the passive margin of a continent and is comprised of sandstones, limestones, and shales (Continental Drift). Eugeosynclines are composed of thick sequences of deep marine sediments; they are often more deformed and metamorphosed (Continental Drift). Orthogeosynclines are linear geosynclinals belts that lie between continental and oceanic terrains (Continental Drift).

There were a handful of suggested hypotheses to support the mechanism of geosynclinal theory, and each was more strongly favored at different times. James Hall supported what was known as the gravitational sliding hypothesis (Mountain Building and Drifting Continents). This hypothesis relied on isostatic upwarping of geosynclines, paired with the slipping of strata over basement rocks along a flat shear surface (Mountain Building and Drifting Continents). James Dana preferred the contracting Earth theory (Mountain Building and Drifting Continents). This theory relied on the idea that the earth began in a fully molten state, and has been cooling since (Richardson). One can liken this theory to a grape becoming a raisin (Richardson). As the crust cools, it contracts (Richardson). This compressional, lateral force was thought to crinkle up the geosynclinal sediment troughs to produce mountain ranges (Richardson). No matter the mechanism, it is important to note that they all embraced purely lateral crustal movement.

Scientists around the world tweaked and added to geosynclinal theory, including igneous activities such as intrusions (Knopf, 651). At the turn of the century, geosynclinal theory led the field of tectophysics. Once it was well rooted, grown, and supported; it took over 50 years to steadily chip through the tree that was geosynclinal theory with the axe of progression. This is largely due to the fact that it was the first major geologic theory seeded in the United States.