Imagine having a sound mixing board for real life: You could turn up the voice of a conversation partner, silence the drone of an airplane engine, or remove echoes from the public address system in a train station. I study augmented listening technologies, like hearing aids and augmented reality systems, that change the way humans experience sound. Using advanced sensing and processing systems, not only can we make listening easier for people with hearing loss, we can also give everyone superhuman hearing.

There are two key challenges in designing augmented listening systems:

Within those broad challenges, there are numerous technical problems for researchers to solve. This page describes some of the research problems I’ve been working on. 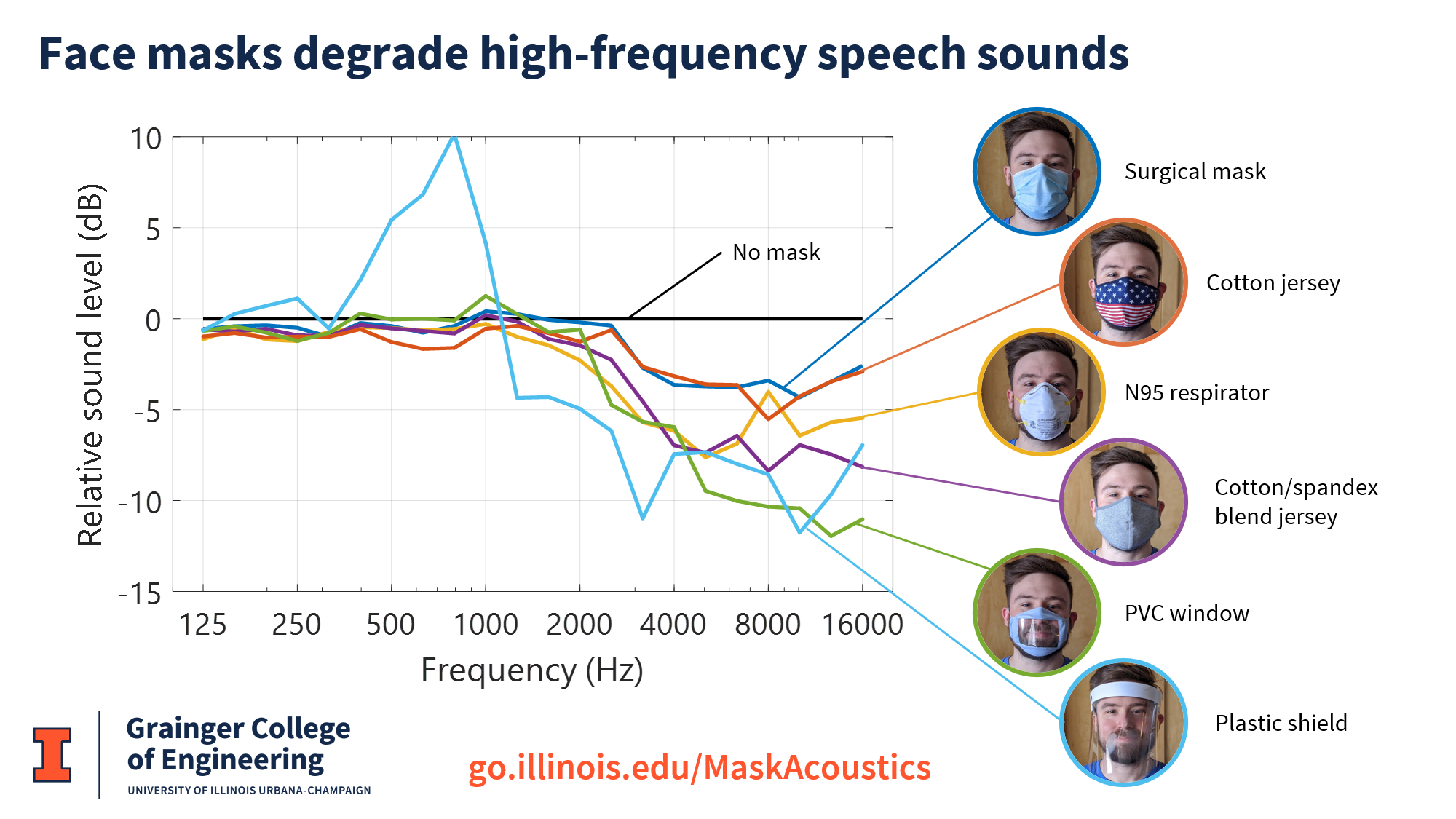 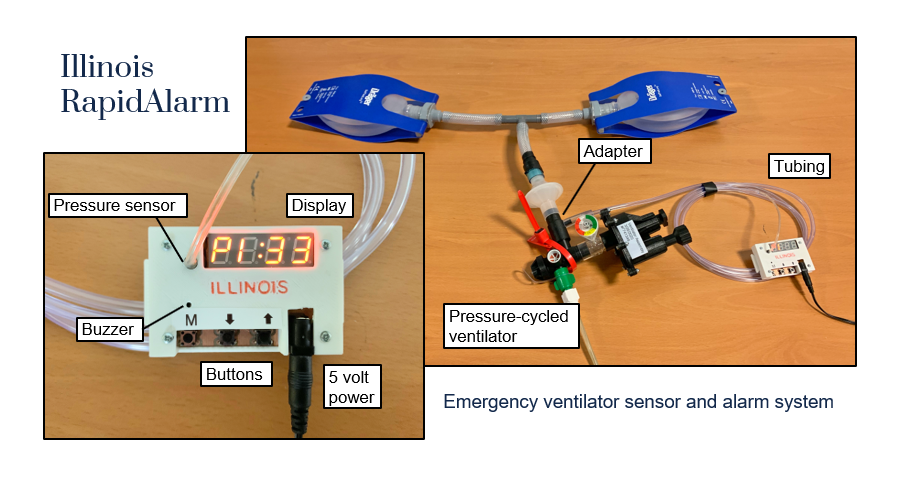 In April 2020, amid widespread fears of a ventilator shortage, a team from the Grainger College of Engineering developed a low-cost, rapidly producible emergency ventilator called the Illinois RapidVent. Our research team helped build a sensor and alarm system that would notify clinicians if patients stopped breathing normally. I adapted an algorithm normally used in hearing aids to track the breathing cycle and detect anomalies. The Illinois RapidAlarm is available as an open-source hardware and software design. 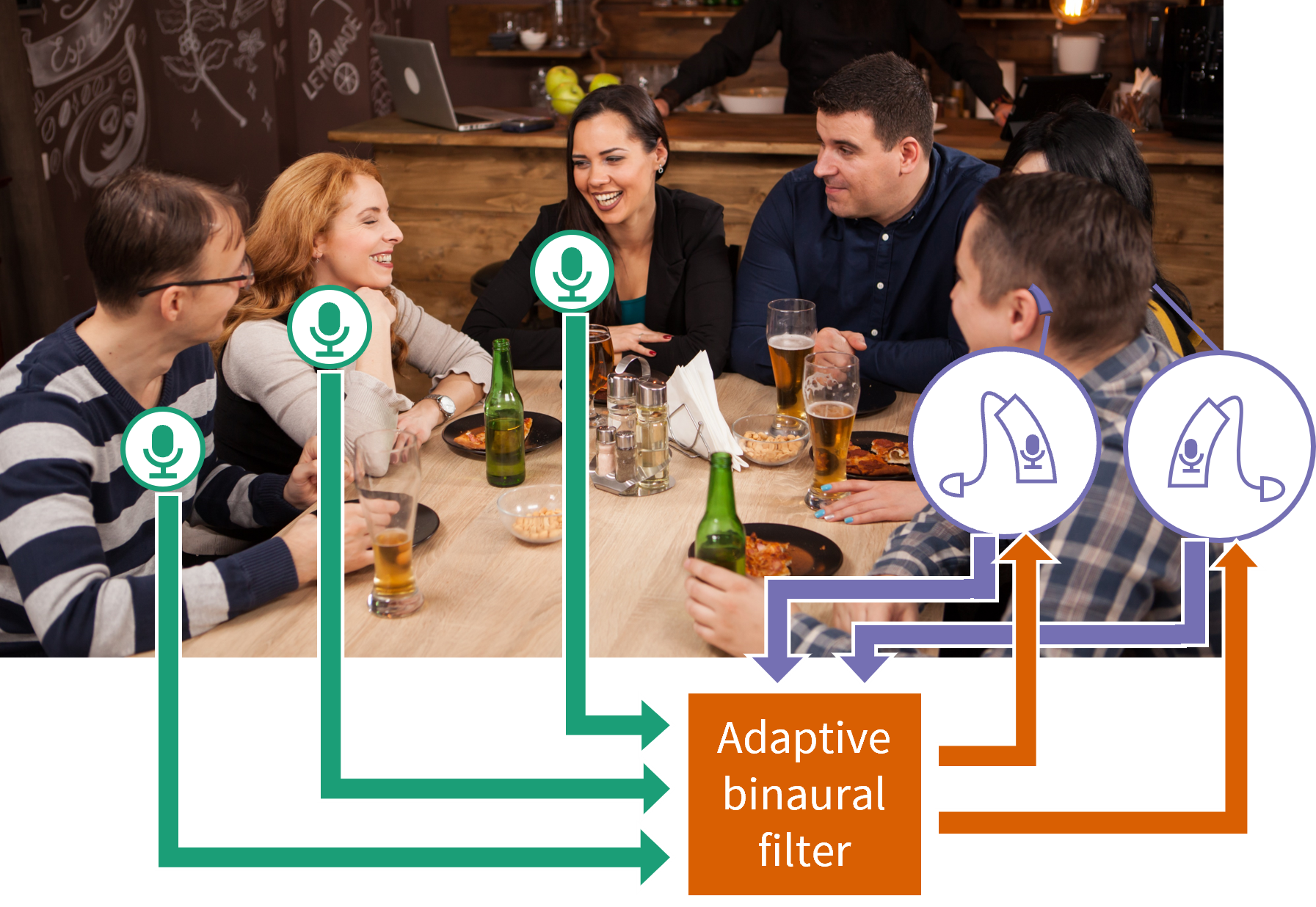 The most reliable way to improve speech intelligibility is to transmit sound directly from a talker to a listener. Most hearing aids come with wireless microphone accessories that can be clipped to a talker, and public venues like theaters broadcast signals from their sound systems. I am developing algorithms to make wireless listening systems more immersive, which is especially helpful for group conversations. 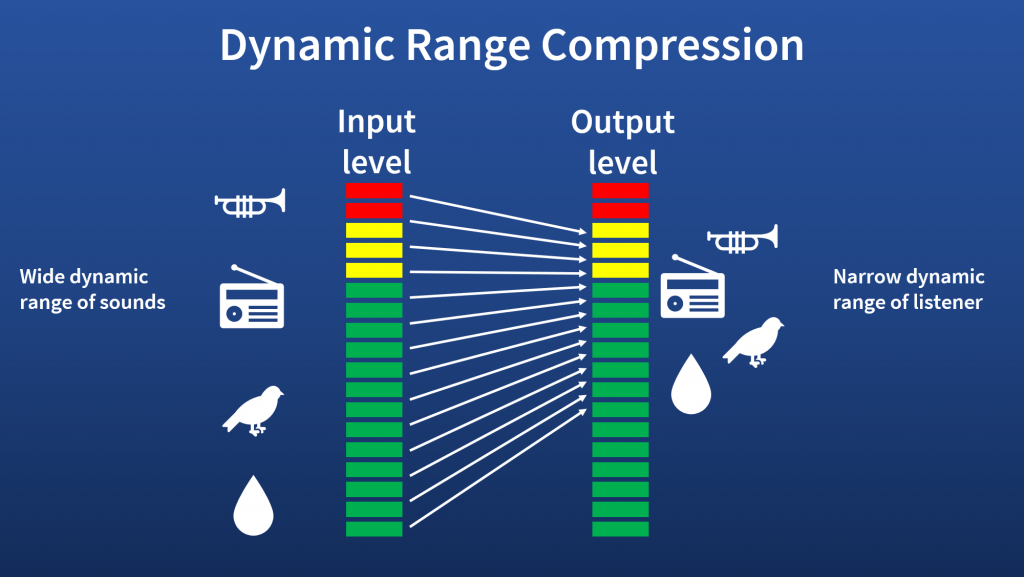 Nearly all hearing aids use an algorithm called dynamic range compression, which makes quiet sounds louder and loud sounds quieter. Compression is important for listening comfort, but it can also cause distortion effects in noisy environments. I am using mathematical models to better understand those distortion effects and design new compression strategies systems for noisy environments.

To achieve superhuman hearing, our technology needs more information than the unaided ears. We can use microphone arrays, or groups of microphones spread apart from each other in space, to boost sounds coming from certain directions and suppress sounds from other directions. Microphone arrays are widely used in voice-activated smart-home devices, conferencing systems, and laptops, but there are special challenges we face when using them with human listeners:

Larger microphone arrays have better spatial resolution, meaning they can locate and isolate sounds more precisely. Traditional hearing aids only use one or two microphones per earpiece, so they have a hard time separating sounds from different directions. To build powerful augmented listening systems, we need more microphones spread across a larger area. The team in the Augmented Listening Laboratory has been designing and testing large wearable microphone arrays, with sensors spread across the body and accessories like glasses and hats.

Large wearable microphone arrays have much better spatial diversity than conventional hearing aids, but for truly superhuman listening ability in the most difficult environments, we need microphones spread all over a space. Fortunately, we are already surrounded by network-connected microphones. We can build room-scale microphone arrays by connecting mobile devices, wearables, smart-home devices, infrastructures, and other sensing devices. To make a distributed sensor network useful, we need to address several technical challenges:

I have proposed cooperative processing algorithms that share useful information between devices even if delay, synchronization, or motion make it impossible to use conventional array processing. Our team demonstrated a cooperative listening system with an array of 160 microphones and a set of 10 simultaneous talkers in a large, reverberant room. We published the acoustic measurements and speech recordings in a massive microphone array data set.