Wow! What an exciting and fascinating second day it was for the CEE 449 travel team’s expedition to Ecuador. After a tiring flight, we were fortunate enough to sleep in and have a relaxing morning. This consisted of an enjoyable breakfast from the hotel in Guayaquil. After breakfast, some students went for a swim in the hotel’s swimming pool while others went for a walk outside the hotel. 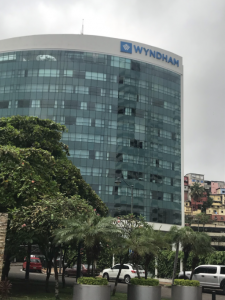 At 12 PM, we checked out of our hotel in Guayaquil and boarded a bus shortly after. The bus dropped us off at the port where we would board our boat to Puna Island. We saw an iguana roaming around while we waited and also had the opportunity to meet and talk to some local people. 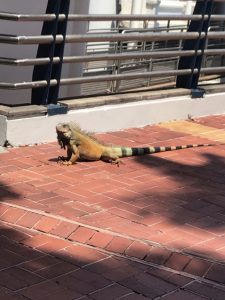 The boat ride itself took about an hour. 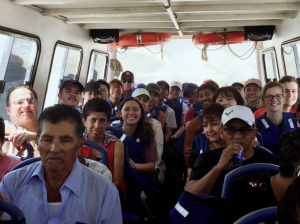 Once we arrived, we entered our hotels, with the girls staying in one hotel and the boys in another around the corner. 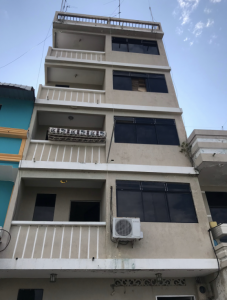 After getting settled into the hotels, we began walking around the island. Juan Pablo showed us the location of the desalination plant and the location of a well which is also used to provide water. 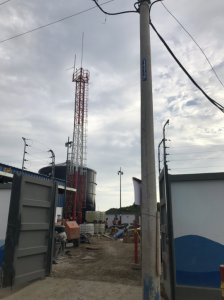 We then had a fantastic meal at one of the houses on the island, consisting of meat, rice, and beans. After we were well fed, we went over our notes on what we had learned earlier today, and also went through potential questions to ask community members. The last event of the night was calibrating some of the equipment that we will need to use to test our water samples later in the week. After this, it was time to shower and get some sleep!

Our plan for tomorrow is to visit two communities on the island, Tabor and Concordia, that do not have access to the desalination plant. We plan to interview residents of those communities and take samples of their water to analyze. Until then, it’s time to relax and get excited for the rest of this trip!