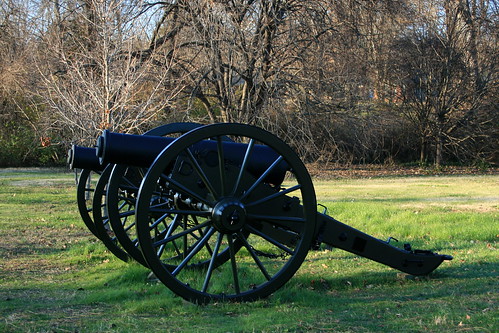 The Civil War battlefields in the National Park System have long emphasized battlefield tactics and heroism. They are decorated with stately cannon, and it’s hard to imagine the blood and noise of the battlefield. Until recently, most of them have also skirted around the big issue: why were these men fighting in the first place?

The answer, briefly put, is slavery. Southerners have resisted that conclusion, and Civil War buffs in the South have fought NPS staff at those sites that have taken the issue on. Interpretation is changing – for example, Chickamauga has a good exhibit on how slavery caused the war, though it’s shoehorned into a hallway. Among the battlefields I’ve visited in recent years, Pea Ridge and Murfreesboro address slavery, while Wilson’s Creek and Glorieta Pass (Pecos) do not. 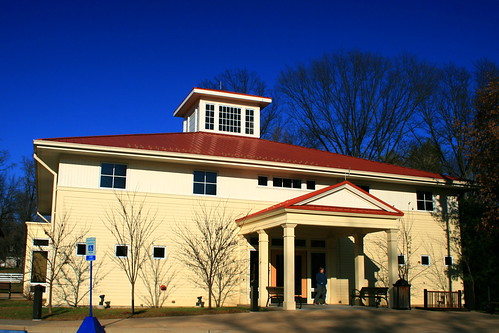 One of the best interpretations of slavery in the Civil War appears not at a battlefield, but at Ulysses S. Grant NHS in a suburb of St. Louis. Slavery plays a major role in interpretation throughout the site. The brochure calls White Haven as “A Microcosm of National Issues” because it divided Grant from his in-laws, who owned the White Haven farm here. 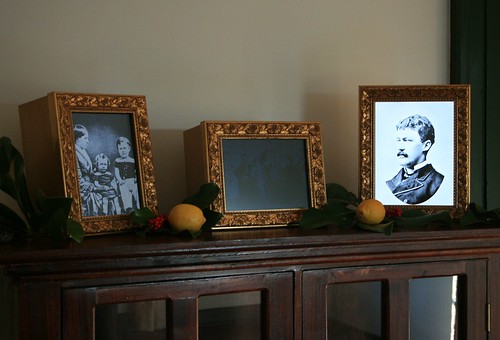 His father-in-law, “Colonel” Dent was a slaveholder who favored secession. Grant’s father, Jesse Grant, was a strong opponent of slavery who refused to visit his son at White Haven. Julia’s brother Fred, a long-time friend of Ulysses, fought with the Union. However, John Dent, Fred and Julia’s brother, fought for the Confederacy. 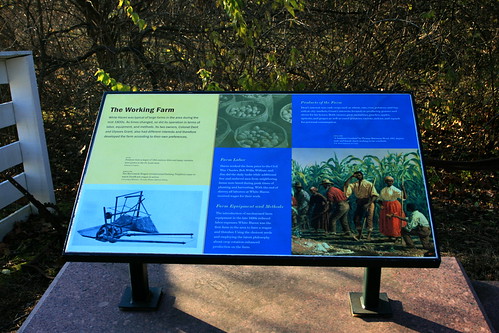 The website gives a page to slavery, discussing the economics and demographics of the institution in Missouri. Visitors to the farm will find the same information throughout the house and grounds. Aside from the plantations of the “Little Dixie” region along the Missouri River and the “Bootheel” region in the southeast, most of Missouri did not have many slaves. White Haven’s ten slaves made it unusual in the St. Louis region, whose enslaved population was in steady decline. This reflected a change in farm economy, as farming switched from large-scale plantations using slaves to grow cash crops to small-scale truck farms growing fresh produce for the urban market.

The NPS has given the enslaved people of White Haven an opportunity to tell their stories, notably the cook Mary Robinson. Her later recollections enrich interpretation throughout the site, including details of the kitchen work. Visitors will learn that some of the enslaved staff here could read and write, though both pursuits were illegal under Missouri law. Slate pencils found in the winter kitchen provide evidence of literacy. 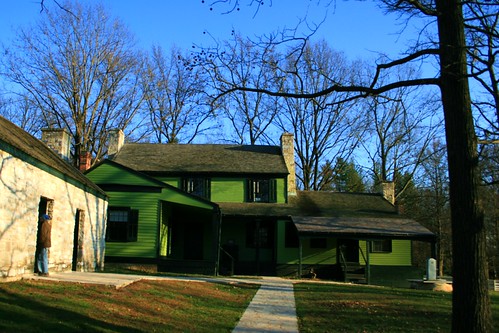 The house at White Haven

Julia’s puzzlement at one slave’s “carelessness” also provides a window into how the enslaved workers evaded her oversight. “Old Bob” was responsible for keeping the fires going in the seven fireplaces of White Haven. When the embers died out, he had to walk a mile to the neighbors “and bring home a brand of fire from their backlog.” Obviously, this gave him some free time away from the Dents, and an opportunity to socialize at a neighboring farm. The enslaved staff also used to bring Julia special gifts so that she would intercede with her parents to allow them to travel to visit their wives on nearby farms. 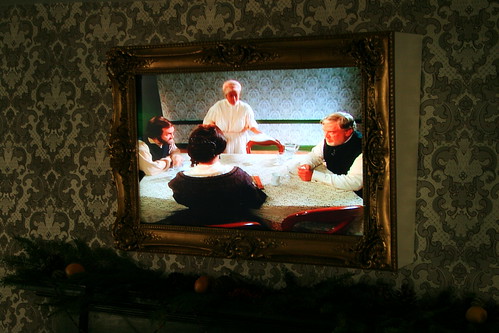 Grant and Dent argue slavery before Mary Robinson. (This exhibit has since been changed.)

The NPS points out that Julia Dent seemed oblivious to other realities, thinking that the “house kept itself” and that the family “produced” the crops on the farm. She later wrote that she believed they were happy, at least before “the Rebellion.”

Ulysses had a better sense of the material conditions of slavery. Presumably this understanding played some role when he remodeled the kitchen after the war, providing modern appliances and inside passageways from the kitchen.

Reality struck home when the Union gained control of neutral Missouri early in the Civil War. Colonel Dent avoided St. Louis, now dominated by Unionists, and became estranged from many of his neighbors. His slaves saw opportunity and began to run away, demonstrating by their actions just what they thought of their master and his home.

Ulysses S. Grant National Historic Site does a good job interpreting the realities of slavery in this part of Missouri, and shows how other the Civil War battlefields might take a more realistic look at what the Civil War was really about. 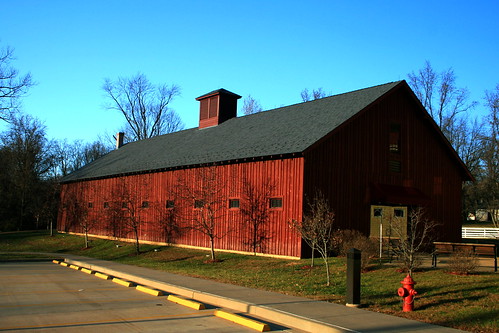 This is part of my book manuscript, Telling America’s Stories: How the National Parks Tell the Stories of Westward Expansion, in progress.