The following is tentative, and subject to change. Updated: October 2014. 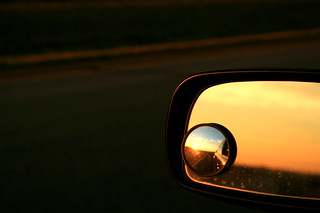 WaKeeney. After a long drive from Champaign, we’ll stop for the night along I-80 in WaKeeney, Kansas. WaKeeney is named for founders Albert Warren and James Keeney. It is not otherwise noteworthy, as far as I know. 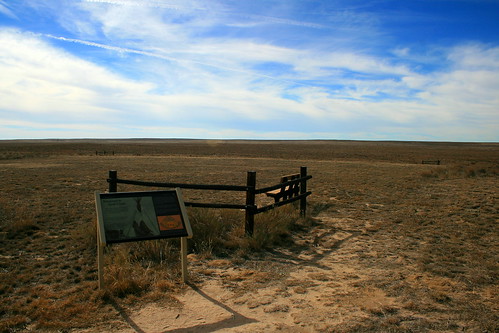 Sand Creek Massacre National Historic Site. Our first national park unit remembers the massacre of November 29, 1864, when John Chivington’s troops killed over 150 friendly Arapaho and Cheyenne. Two company commanders refused to join the attack against American allies, a fact that helped attract attention to the massacre back East. Among the people in camp were George Bent, son of Owl Woman (Cheyenne) and William Bent, whom we will meet at our next stop. The massacre site is sacred to the Arapaho and Cheyenne today, but we can view it from a distance. Photos and official site. 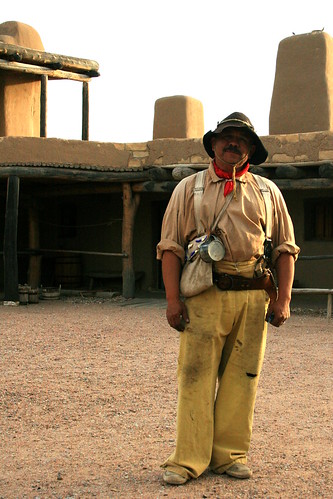 Bent’s Old Fort. This “fort” was a trading post on the Santa Fe Trail, serving both the Mexican trade and the Indian trade. It lies along the Arkansas River, which was then the border with Mexico. Bent’s was a place of cultural mixing as well as trade. For reasons unclear, William Bent burned his fort down in 1849; weather, time, and local scavengers gradually destroyed the adobe ruins. History advocates successfully raised money to rebuild the original fort on the original site. Park rangers dress in 1846 clothes and will remain “in character” if you let them. Photos and official site.

La Junta. We will spend the night in La Junta (“the junction”), Colorado. Trails converged here on the banks of the Arkansas River. Following those trails, the city is now a crossroads of railroads and several major highways. Official website. Great Sand Dunes National Park and Preserve. A national monument that preserved the sand dunes, established in 1932,  was converted to a national park in 2004. Congress added mountains, wetlands, and prairie so that the park now preserves a diversity of habitats. Much of the preserve is owned by The Nature Conservancy (TNC), who partners with the National Park Service here. We will join TNC for a tour of their bison ranch. NPS photos and official site.

Cortez, Colorado, will be our base in the Four Corners region. Official website. 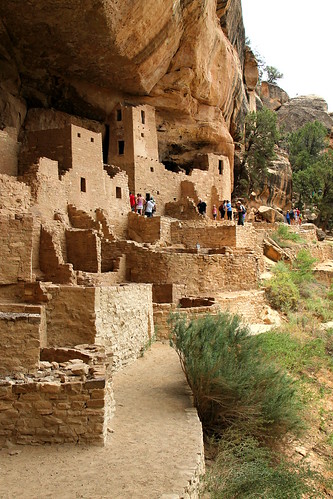 Mesa Verde National Park is a UNESCO World Heritage Site, which means its resources are of global significance. It preserves a dense concentration of cliff dwellings as well as many older structures on the top of the mesa. We’ll tour two or three cliff dwellings. We will examine how the National Park Service preserves these sites while still allowing public access, and how the NPS tells stories of the various peoples in this region. We will also begin our ongoing discussion of the Native American Grave Protection and Repatriation Act here. Photos and official site.

We’ll compare how the tribe tells the story of these resources with how the National Park Service tells the stories of its site next door. Official site.

Moab, Utah, is the outdoor adventure capital of the United States, famous for rock climbing, mountain biking, off-roading, rafting, BASE jumping, highlining, and other activities. It will be our base for Arches and Canyonlands national parks. Photos and official site. 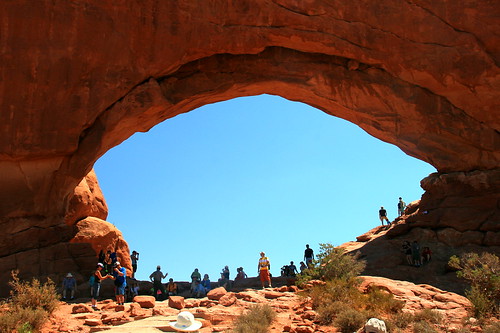 Arches National Park, Utah. A combination of fin geology and wind erosion has created a dense collection of natural arches here. Delicate Arch is the symbol of Utah, found on the state’s license plates, among other places. Former ranger Edward Abbey wrote his environmental classic, Desert Solitaire, here. Parts of Arches and Canyonlands will provide an opportunity to talk about wilderness in the national parks. Photos and official site.

Canyonlands National Park, Utah. This park is known for its deep canyons carved by the Colorado and Green rivers. We’ll visit the Islands in the Sky unit, and briefly dip into The Needles unit. However, we will also talk about the wild slot canyon country in the Maze unit, made famous by the book and movie, 127 Hours.

Not the roads we use!

Because some people believed there could be productive mines in the region, creating Canyonlands raised some political controversies in the state of Utah. This will raise some general issues of conflicts between resource users and preservationists on our public lands. Photos and official site. 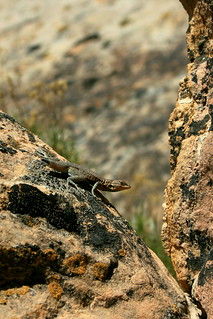 Dinosaur National Monument, Colorado-Utah. Named for its dinosaur quarry, this monument is most remarkable for its deep canyons where the Yampa River flows into the Green River. It protects about 230,000 acres, only 80 of which have dinosaur fossils – we’ll make a point of seeing those other resources. We’ll explore some canyons and the high desert. We will talk about the politics of dams in the West, and how the environmental movement defeated plans for two dams here in the 1950s. Barring rains, we’ll camp in Echo Park, the birthplace of the American wilderness movement. Dinosaur is also a remarkable place to see rock art. Photos and official site. Pahre has an article about visiting Dinosaur here. 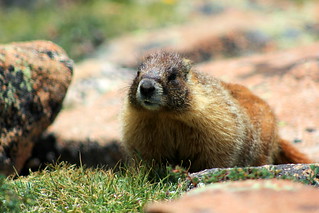 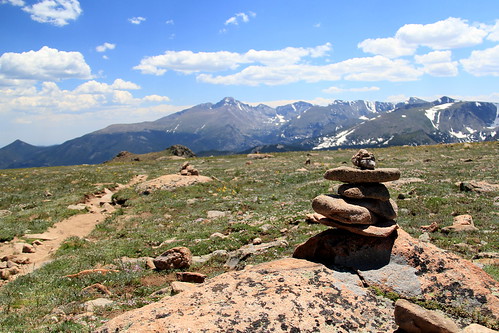 Cairn on the Ute Trail

We’ll also think about the challenges posed by climate change, which hit alpine areas hard. We will also experience a public transportation system in the high-use areas on the east side of the park, and think about how to manage increased visitation throughout the national park system. Photos and official site.

Grand Island, Nebraska. We’ll stop here on our way back to Champaign, as we drive along the historic routes of the California Trail, Mormon Pioneer Trail, and Oregon Trail. The KOA has pizza.

To continue on for logistical information, follow this link.