Olga Tokarczuk, winner of the 2018 Prize. 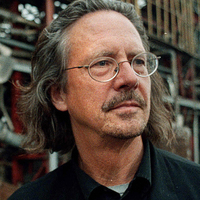 Peter Handke, winner of the 2019 Prize

Just last week, the winners of the 2018 and 2019 Nobel Prize in Literature were announced.

Following a scandal within the Nobel Community—which led to no winner being selected for last year—Olga Tokarczuk, a Polish novelist, has been awarded the 2018 prize. This is not the first award for Tokarczuk. Last year, she was the first Polish author to win the Man Booker International prize for her novel Flights. Regarding Tokarczuk, the Committee chose to honor her for her “narrative imagination that with encyclopedic passion represents the crossing of boundaries as a form of life.”

Peter Handke was awarded the prize for 2019, which many view as a controversial choice by the judges. Handke, an Austrian novelist and playwright, has been lauded as one of the best living writers in the German language. Previously, Handke has won the Franz Kafka Prize and the International Ibsen Award, among several others. The Committee honored him “for an influential work that with linguistic ingenuity has explored the periphery and the specificity of human experience.”

You can find the works of both authors at the Literatures and Languages Library.