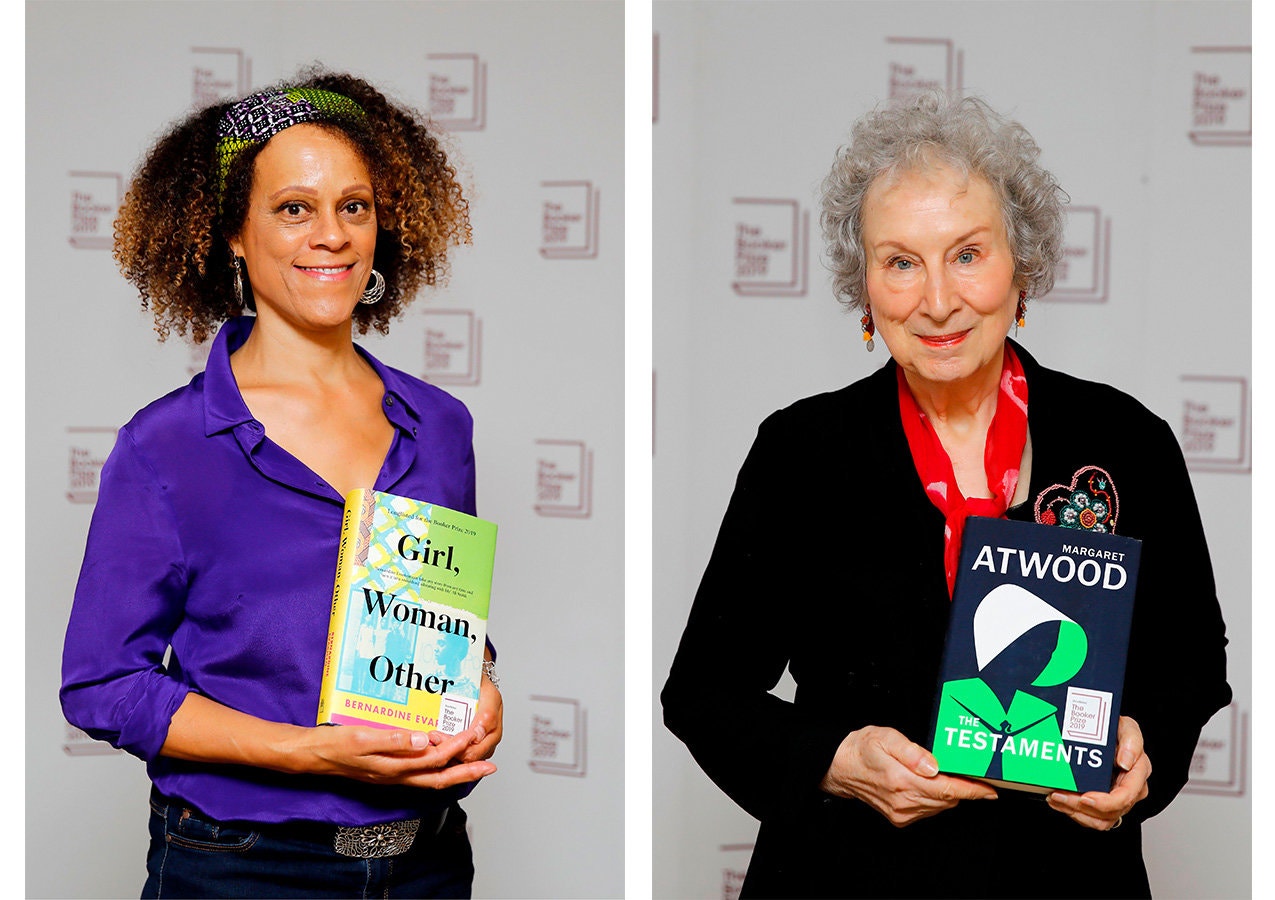 Congratulations to the winners of the 2019 Booker Prize, Margaret Atwood and Bernardine Evaristo!

In a rare decision from the judges, two winners were selected for this prestigious honor. This is the third time this has happened in the history of the award, with two winners having been selected in 1974 and 1992 as well.

Margaret Atwood, who is a previous winner of the Booker Prize, won for The Testaments, a sequel to her 1985 Booker nominated novel, The Handmaid’s Tale. The Testaments is set fifteen years later, following three new perspectives as they navigate the world of Gilead and beyond. She is also the oldest winner of the prize, at 79 years old.

Bernardine Evaristo, author of winning novel Girl, Woman, Other, is the first black woman to win the Booker Prize. Her novel explores the lives, joys, and struggles of twelve characters, most of whom are black, British women. This is Evaristo’s first nomination for the Booker Prize.

You can find the winning novels of both authors in the Literatures and Languages Library, as well as their other works and other shortlisted authors