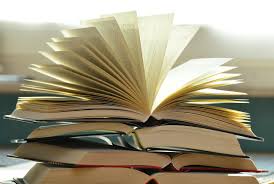 Exciting news! The UIUC library recently acquired Project Muse’s 2020 and 2021 Literature eBook collection. The collections are international in scope, represent the highest quality scholarship published by academic presses throughout the United States, and include literary criticism and literary theory, biographies of authors, and fiction/poetry from before 1950.

These ebooks are now available to browse and read.  You can find a full list of the titles in each collection here. 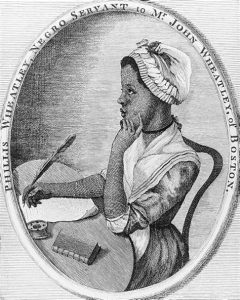 This comprehensive collection allows you to explore the extraordinary early history of African American poetry. This database includes over 3,000 poems from the 18th and 19th centuries, capturing a wide array of subjects and experiences, and relating them as broadsides, ballads, sonnets, Romantic odes, and historical epics.

And the lives of the poets whose work is featured in African American Poetry were often as riveting as their work. Explore the poetry of Phillis Wheatley, who was abducted from West Africa at a young age, sold as a slave in Boston, and went on to become “one of the major American poets of the Colonial period.” The piercing intelligence, mastery of allusion, and stirring pathos evident in her work led to her becoming the first African-American and the second American woman to publish a volume of poetry. 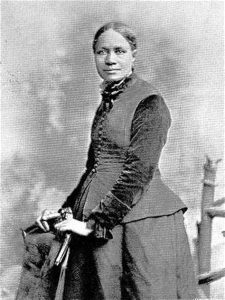 Or delve into the verses of Frances Ellen Watkins Harper, a staunch abolitionist, suffragist, and one of the first African-American women to publish a novel (Iola Leroy, in 1892). Her political activism is particularly evident in her poetry, which often showcased the horrors of slavery through the lens of motherhood. Her powerful “The Slave Mother, a Tale of the Ohio,” was based on the same real-life events that inspired Toni Morrison’s novel Beloved.

The final stanza of Harper’s moving “Bury Me in a Free Land” reads:

I ask no monument, proud and high

To arrest the gaze of the passers-by;

All that my yearning spirit craves,

Is bury me not in a land of slaves.

The EEBO-TCP and ECCO-TCP project databases offer encoded OCR text versions of selected materials from EEBO and ECCO, providing clear and legible texts that are fully searchable through their powerful databases. Access the databases by following these links for ECCO-TCP and EEBO-TCP, or access from the Library’ Online Research Resources by searching for “EEBO-TCP” or “ECCO-TCP”.

Our access to this valuable resource is thanks to the University of Illinois Library’s participation in the Text Creation Partnership. The Text Creation Partnership is a joint project led by the University of Michigan, Oxford University, and the Thomson-Gale publishers to create “accurately keyboarded and SGML/XML encoded text editions” for material in ECCO and EEBO. More information is available at http://www.lib.umich.edu/tcp/. Additionally, you can learn more about these projects by consulting the Project Descriptions for EEBO-TCP and ECCO-TCP.

In celebration of Women’s History Month, the Women Writers Online collection is open to public use for the month of March!  It’s available through the Library and you can also explore it at http://textbase.wwp.brown.edu/WWO/.

Women Writers Online (WWO) is an electronic resource that contains full texts by women writers from approximately the mid-1500s to the mid-1800s. Literary figures featured in the database range from the canonical figures, such as Mary Sidney, Countess of Pembroke, and Mary Wollstonecraft, to lesser known and anonymous writers.

Women Writers Online also offers valuable support for teachers with syllabi collected from instructors who have used WWO texts in courses, suggested assignments that use WWO texts, and  guides to using WWO texts in research.

The Brown University Women Writers Project created Women Writers Online, and it describes itself as “a long-term research project devoted to early modern women’s writing and electronic text encoding.” This project is a prime example of digital humanities scholarship, as its transcriptions and encoding of texts in TEI have produced rich collections of electronic texts that offer intriguing new avenues for literary studies and textual research. More of their work can be explored at http://www.wwp.brown.edu/wwo/lab/.

The UIUC Library has just acquired a new database, Electronic Enlightenment. The database, which is a project of the Bodleian Libraries at the University of Oxford, archives nearly 60,000 pieces of correspondence and other documents from the early 17th to the mid-19th century.

These resources allow you to see “the complex web of personal relationships in the early modern period and the making of the modern world.” Electronic Enlightenment allows users to search in a variety of ways, including “letters,” “lives,” “sources” and “annotations” and you can also browse through different categories to get a general feel of the scope of the collection.

What sets this database apart is its wide-ranging coverage, as the correspondence represents over forty nations, spanning Europe, Asia and the Americas.

This resource is limited to UIUC affiliates and only five simultaneous users can be logged on at one time.

Finally, you can check out this and the other databases we have listed in our Major e-Resources list.