Hi, everybody. I am here to introduce what I learned and what I thought and what I was doing this week. 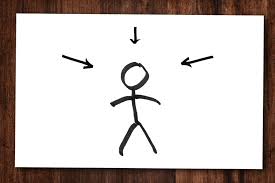 This week we had a workshop on ‘Human-centered design’. BTW, i’m quite familiar with the term ‘Human-centered’. Human-centered briefly means the process of dealing a problem is developed with people’s actions and our engagement step by step. It is more like the focus is on people suffering than on problem itself. However, this doesn’t mean it put the cart before the horse. Since most of the problems we intend to deal with are not world difficult problems as we saw in the video and we engaged. And this implies we could apply common problems with common solutions where everybody could have a insight by interact by hear, think, and create.

I really appreciate the second warm-up which is the so called ‘Treasure Box’. It really help my brain open since I’ve never done this before, though my partner said it was silly. I agreed with him but still my taste is keep silly, keep hungry:). But here I should say some last word is that human-centerd design is similar to the method preferred by many internet companies and they call it Growth-Hacking in order to dig a vertical market. See more on ‘Johns, Andy (May 11, 2012). “Facebook Growth and Traction: What are some decisions taken by the “Growth team” at Facebook that helped Facebook reach 500 million users?”‘

Finally come to ‘what I was doing’ section. 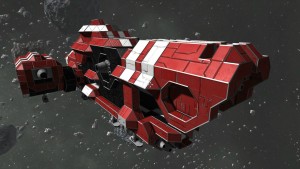 YOu guys can youtube ‘Space engineer’ and learn more on STEAM:D

2, Second I want to show my interests on TinkerCAD

Here is my design of group name card: 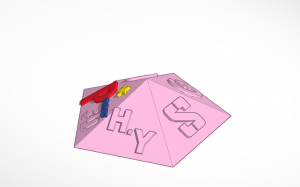 Since we have 4 members, so I use Polygon instead with ‘3D print’ solidtext on the fifth surface as you can see.

And I found this interesting piece of work on TinkerCAD which I am going to share with you:Nuclear Submarine 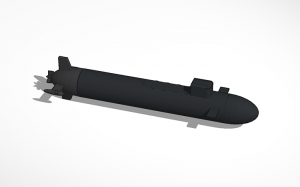 I was captivated by such underwater monsters in childhood,wow~

PS1:I didn’t remember week 2 contend so I go rush of week 3; PS2: I really like that guy using Tilt-shift photography on their name card, it looks beautiful,@sebastian;PS3:@matar2@illinois.edu, your ‘Tower of Pi‘ really catch my eyes,lol