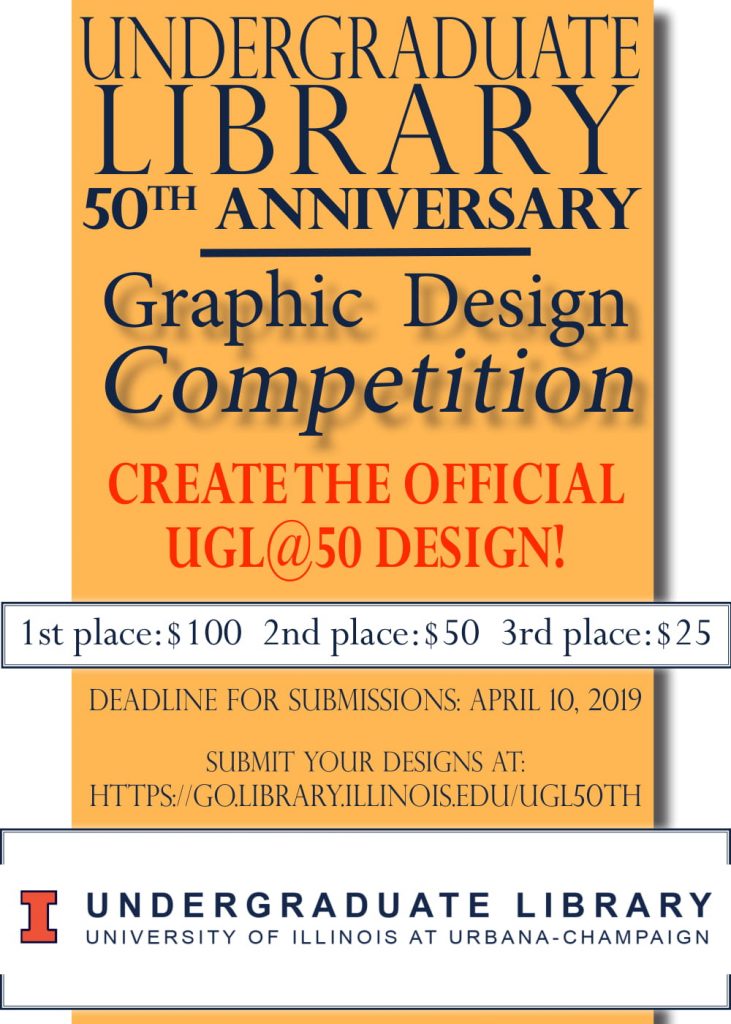 Where is Uggles the UGL cat? Find her and win a prize! 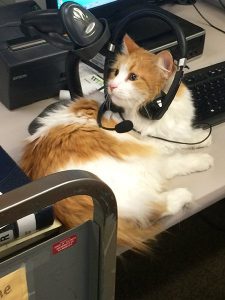 The “Find Uggles” contest is back by popular demand! For 14 Mondays beginning January 22 (excluding Spring Break), a photo of Uggles the UGL cat will be hiding in a location around campus. A clue of her hiding place will be posted to our Instagram account each Monday morning at 9 am. Locate her to win $10 cash from the UGL. The winner each week will also have the option to be honored on our Instagram account as the week’s victor!

For clues as to where Uggles is hiding each Monday, follow the UGL on Instagram (@askundergrad). Happy searching! 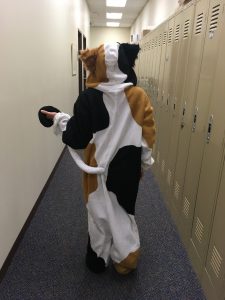 Uggles, the UGL cat, is on the loose again! Starting today and for 13 more Mondays throughout this school year (excluding campus breaks), you can help us “Find Uggles,” and paw-sibly win some cash!

For clues as to where Uggles is hiding each Monday, follow the UGL on Instagram (@askundergrad). The first person to post a picture or a short video of themselves at Uggles’ weekly location on their Instagram page and tag the UGL wins! Meow-veluos, right?

Uggles is a pretty clever cat and she has selected her locations with a paw-pose. During Spring 2018, we will reveal the special meaning behind all of Uggles’ chosen hiding spots around campus. Happy searching!

RULES & ELIGIBILITY:
1. Eligible participants are undergraduate University of Illinois students who are enrolled during Fall 2017 and Spring 2018.
2. In order to win, participants need to take a picture or short video of themselves at Uggles’ weekly location, post it on their personal Instagram page, and tag @askundergrad. The first one to do so is the winner.
3. UGL staff will contact the winner and set up a time to claim the prize.
4. Each week, the winner will receive $10.
5. Winners will need to claim their prize in person and present proof of eligibility (i-card).
6. Students are only eligible to win a cash prize once for the duration of the competition.
7. If a prize remains unclaimed by Sunday at 1pm, it will not be awarded for that week.
8. Questions? Contact the UGL: undergrad@library.illinois.edu 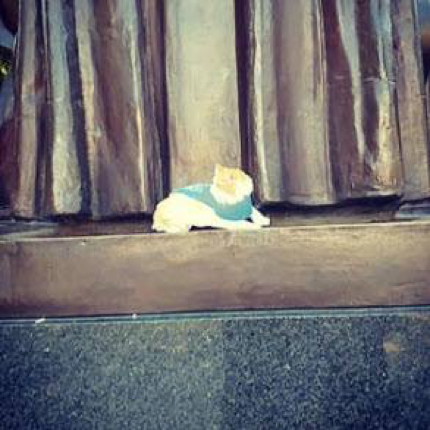 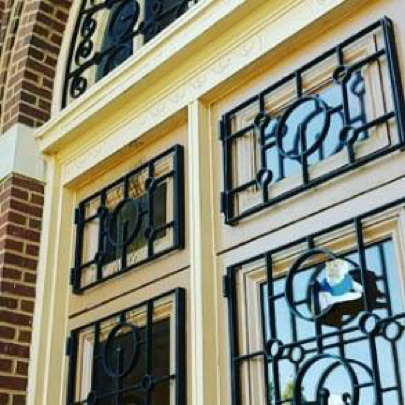 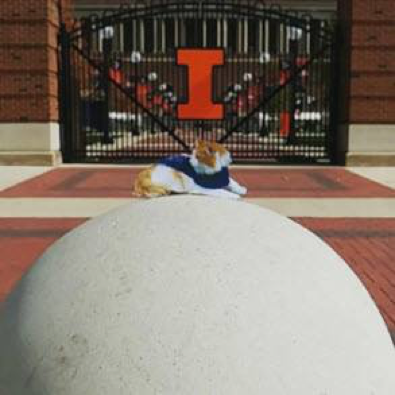 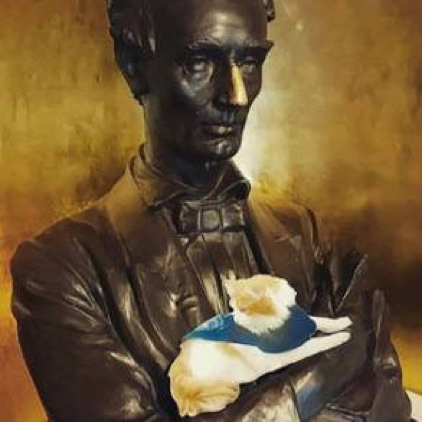 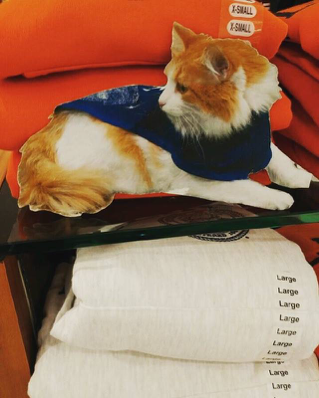 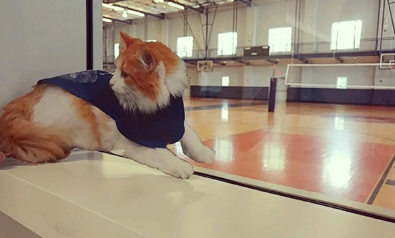 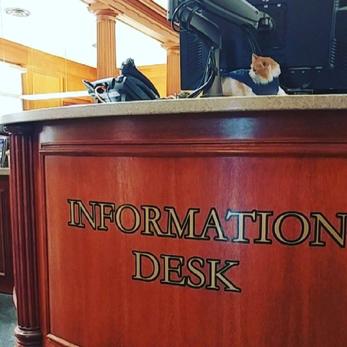 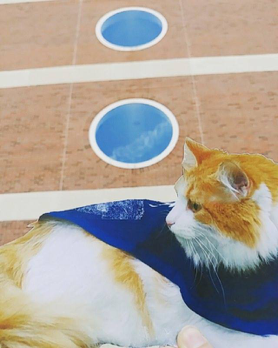 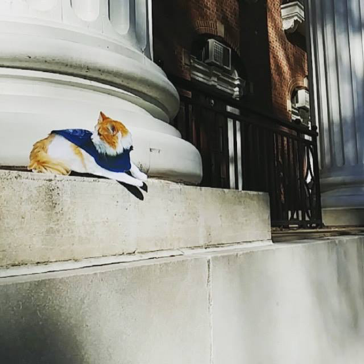 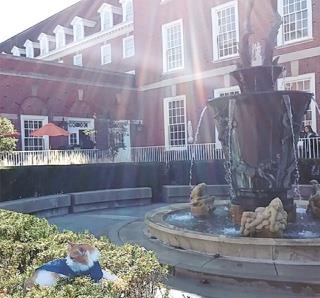 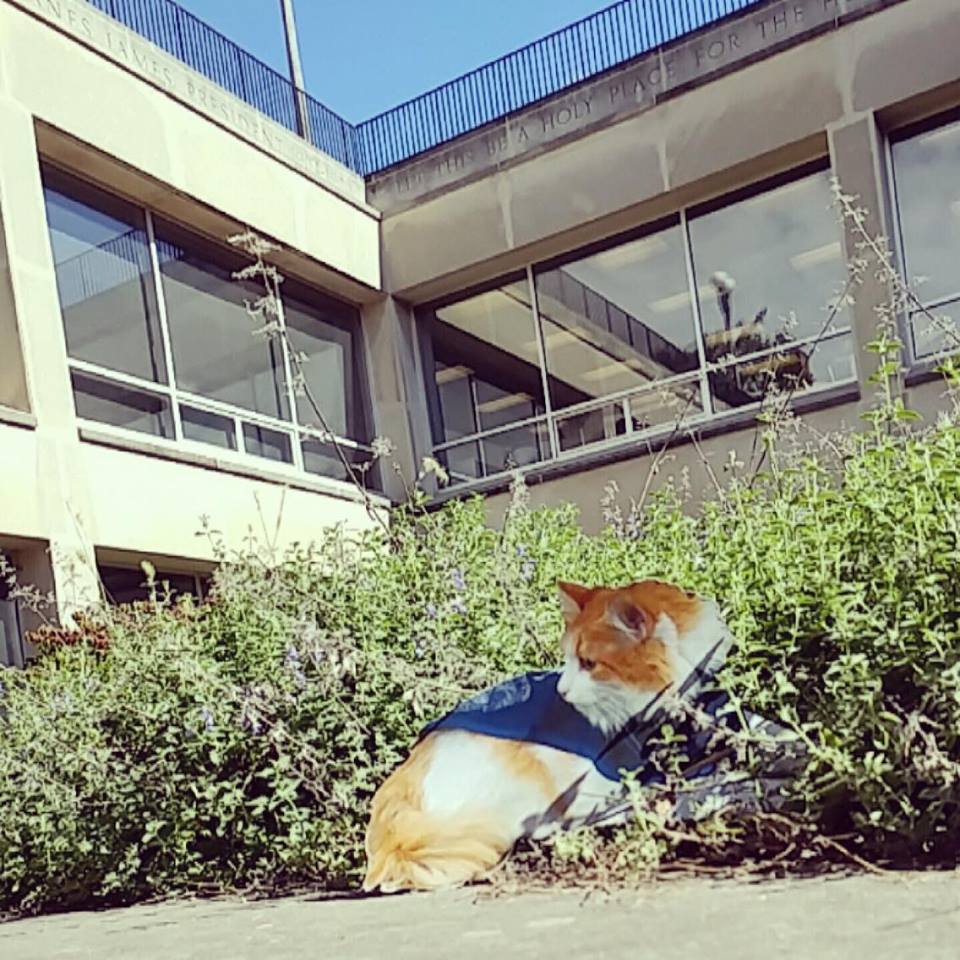 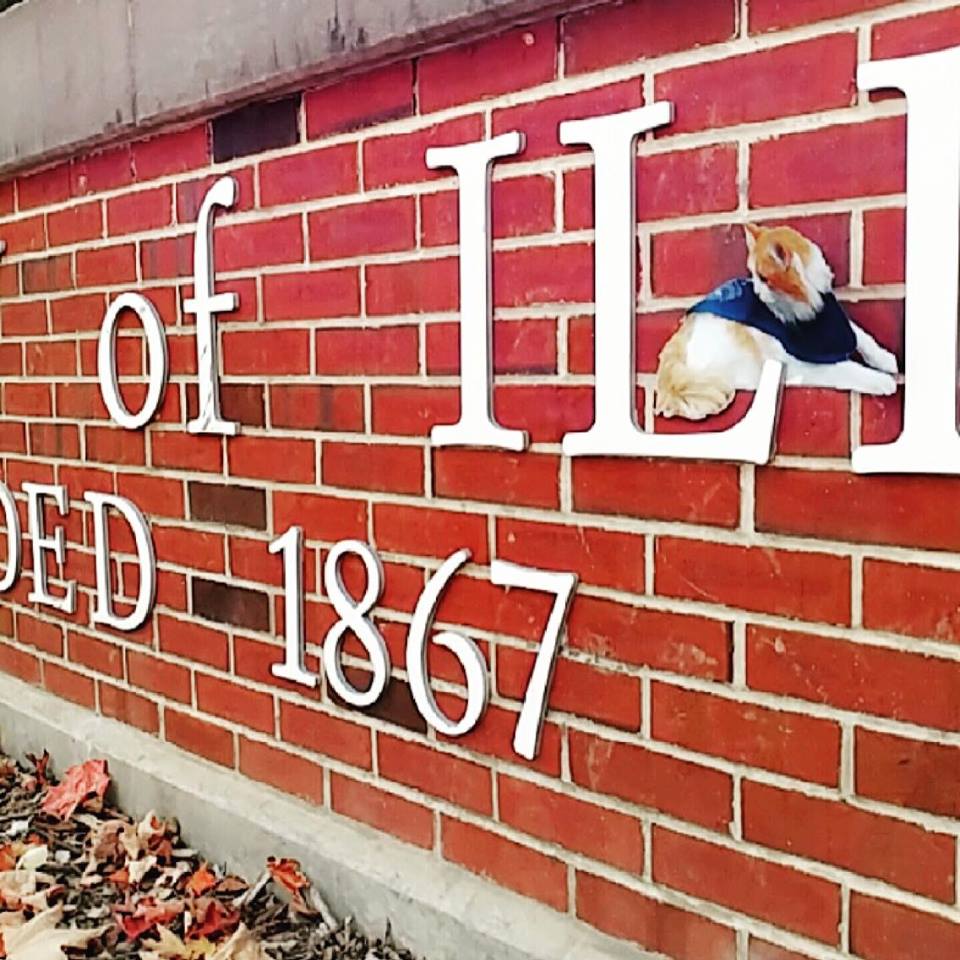 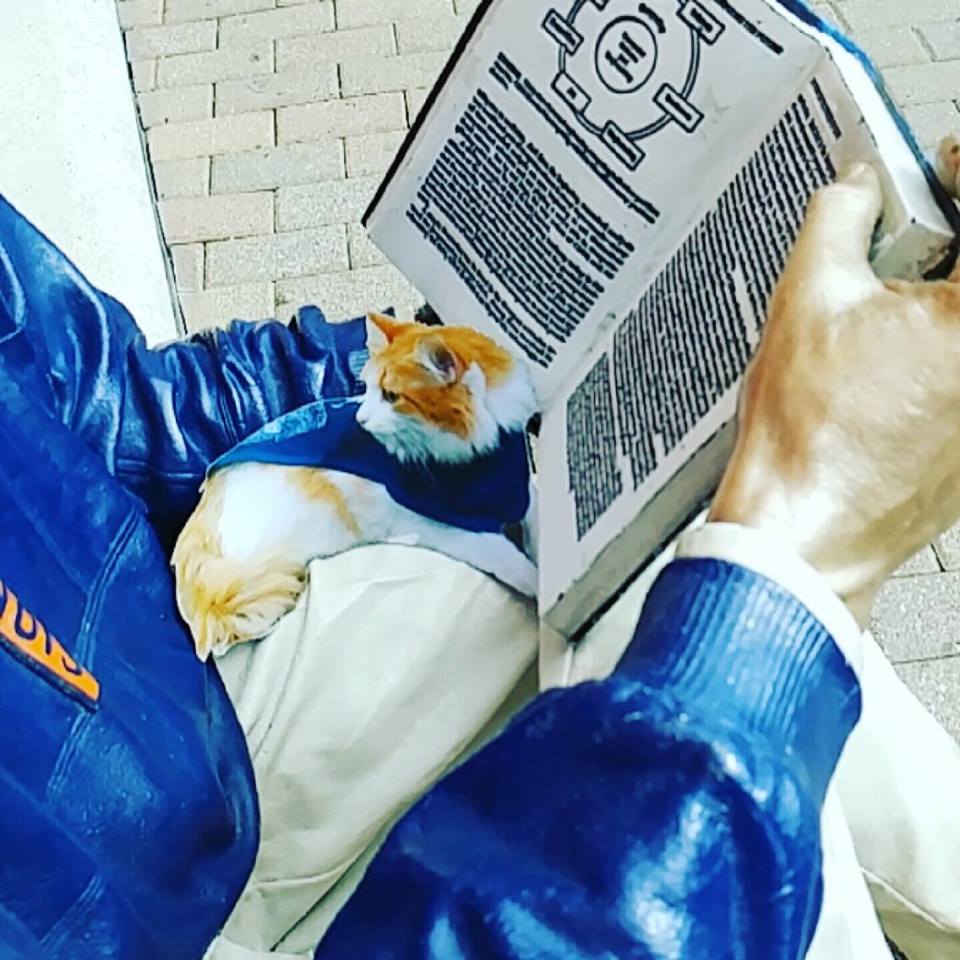 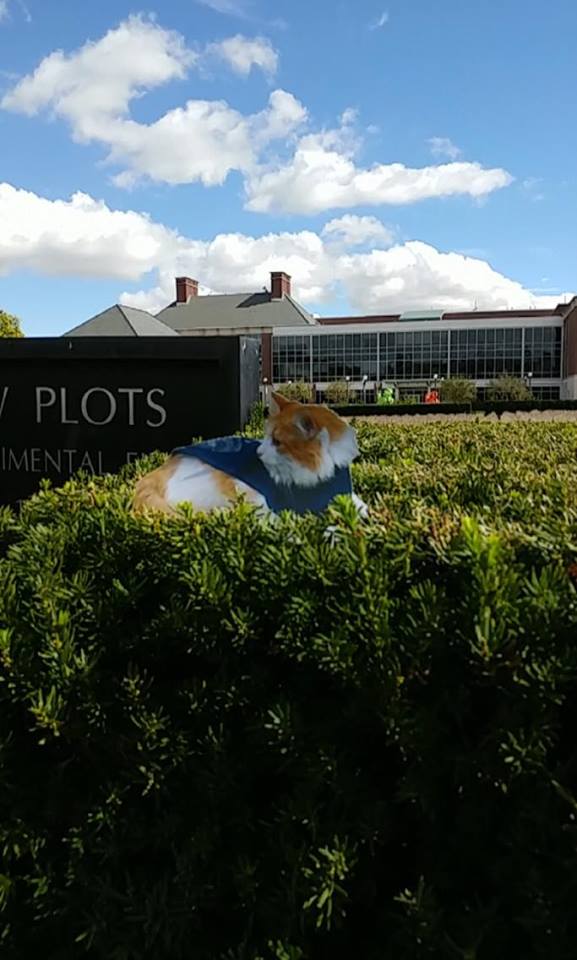 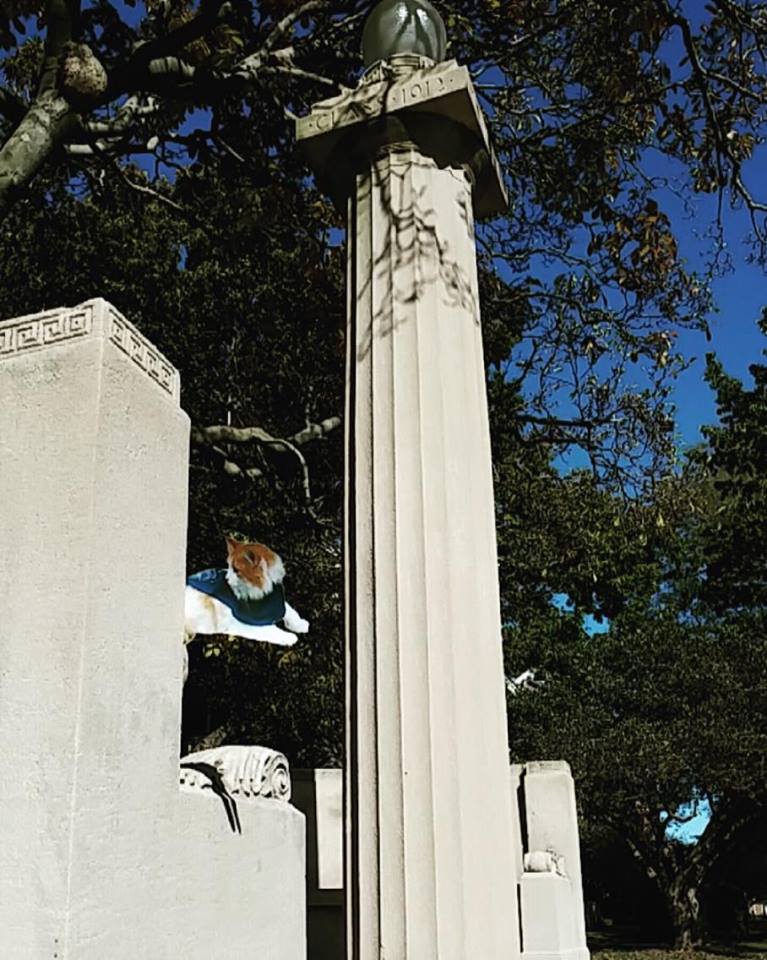 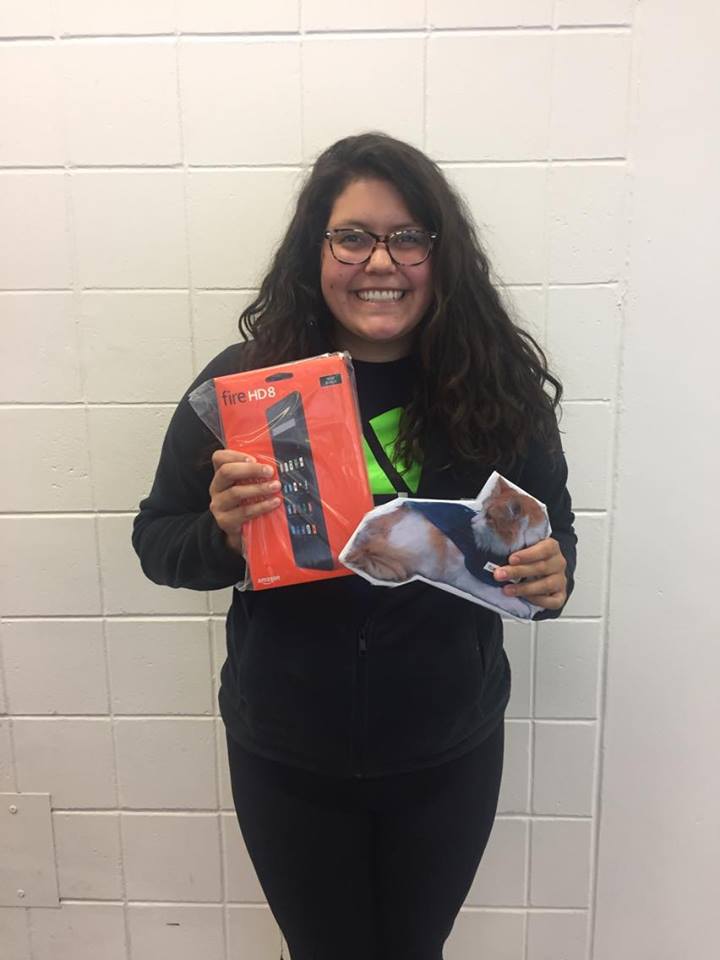 Don’t let the cold weather get you down – February is an awesome time to curl up with a nice warm book, watch a movie with friends, or play a fun video game from the UGL collection.  And who better to recommend one than the winners of our READ.WATCH.PLAY contest from last Fall.

We promised to make then library-famous, and now we have. Please join us in congratulating the first three of our six winners – Grant Wilson, Liz Armstrong, and Maggie Wolfe, who can’t wait to share some of their favorites with you.  Check out their amazing choices below, photographed in our highly literary video production studio, and look for their posters on the upper level of the UGL.

First up, we have Liz Armstrong, who chose Pride and Prejudice, the movie (the Keira Knightley version).  With Valentine’s Day coming up, take a break to remind yourself how love can overcome any obstacle 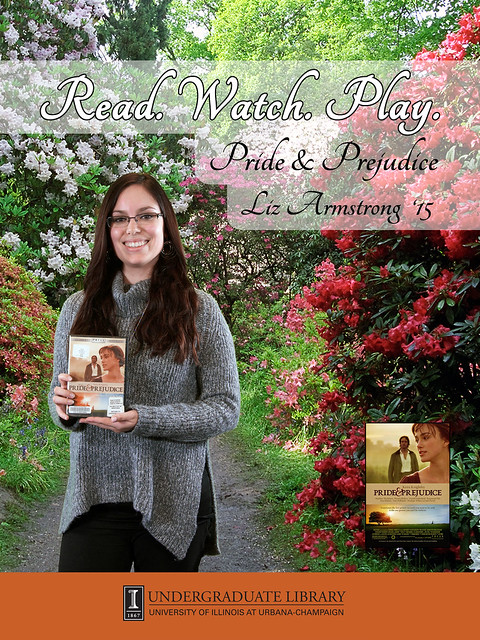 Watch! with Liz Armstrong. Photo courtesy of the Undergraduate Library

Next, we have Grant Wilson who recommends “Unwind” by Neal Shusterman.  Set in a dystopian future, this science fiction novel brings you action, excitement, and plot twists framing a thoughtful discussion of a hugely-relevant social issue. 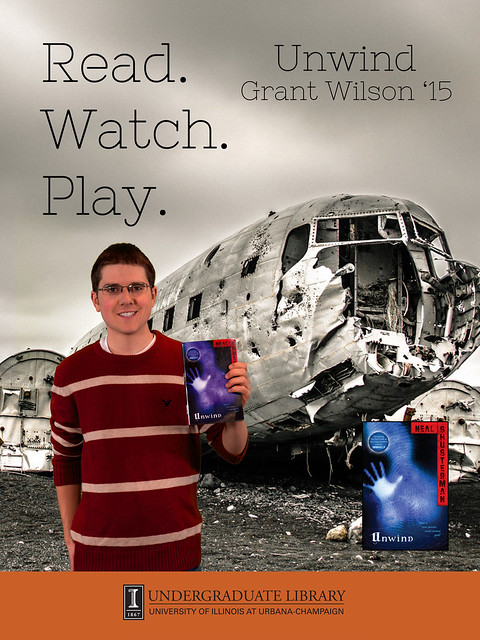 Read! with Grant Wilson. Photo courtesy of the Undergraduate Library

And third, we have Ms. Maggie Wolfe, who shares a favorite of hers, “The Tempest” by William Shakespeare. Find inspiration in the words of the immortal bard, which still feel connect to the lives of college students today.  When things feel out of your hands, Maggie encourages us to think of Prospero, entreating “let your indulgences set me free.” 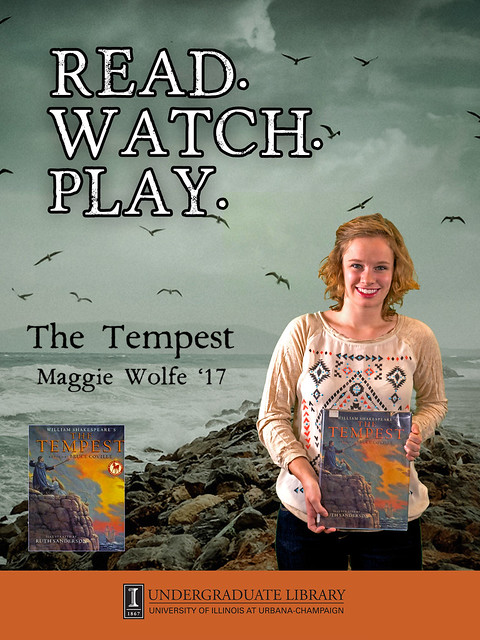 Read! with Maggie Wolfe. Photo courtesy of the Undergraduate Library.

A photo shoot and your very own poster sounds awesome, doesn’t it? Be on the lookout for our next Read.Watch.Play contest, and start planning your own poster now.