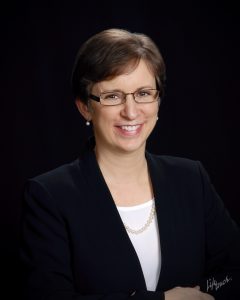 Joanne May, retired Assistant Professor of Music Education and Director of Orchestras at Elmhurst College in Illinois, founded the annual Elmhurst College World Music Festival, assisted in writing the course String Improvisation for Educators, helped to add four new string faculty members to the department, and sat on several committees which included the writing of the Music Performance degree curriculum. She conducted the Elmhurst College Philharmonic for performances at the Illinois Music Education Conference and in Millennium Park for the Chicago World Music Festival, and she developed and toured with the orchestra for annual performances in several states. Prior to teaching at Elmhurst College, May retired after 33 years of public school teaching of string classes, orchestra, band, and general music.

A student of Paul Rolland for three years as an undergraduate at the University of Illinois, May has incorporated Rolland pedagogy into all areas of her teaching. She has presented on Rolland techniques at several national and international conferences, and is currently a member of the Rolland Certification Committee. She previously was co-director of the annual University of Illinois Paul Rolland String Pedagogy Workshop, and has written curriculum for Rolland Presenter and Mentor Training courses. She has received various awards for teaching, including the Mary Hoffman Award for Teaching Excellence by Illinois Music Educators Association, Educator of the Year and Distinguished Service Award from the Illinois American String Teacher’s Association, and Teacher Recognition Award for the Presidential Scholar Program in Washington, D.C. by the U.S. Department of Education. She is past national orchestra council chair of the National Association for Music Education, and presents regularly at state, national, and international conferences.