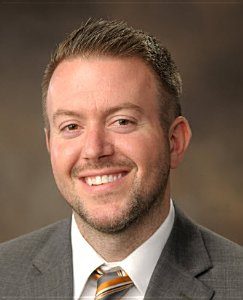 Dr. Frank Lombardo currently specializes in wind engineering, infrastructure resilience and engineering for multi-hazards. Prior to joining Illinois, Lombardo was a Research Assistant Professor at Rensselaer Polytechnic Institute (RPI) in Troy, N.Y. At RPI, Lombardo was involved in multiple research topics. These topics included improving probabilistic and physical characterization of extreme wind events such as tornadoes and thunderstorms, estimating loading conditions in these events and utilizing this information to better understand performance of different infrastructure types to windstorms. Lombardo also took part in research aimed at the characterization of multiple, natural hazards and how possible modifications in these hazards due to climate change could affect the vulnerability of the built environment. Prior to RPI, he was a National Research Council Postdoctoral Associate at the National Institute of Standards and Technology (NIST). While at NIST, Lombardo was the lead researcher in developing an extreme wind speed climatology for design of structures in the United States. Lombardo was an integral member of a team that investigated the environmental conditions, structural damage and human response in the Joplin, Mo., tornado. The work on the Joplin tornado resulted in Dr. Lombardo and the entire NIST team receiving the U.S. Department of Commerce Gold Medal in 2014.

Dr. Lombardo received his Ph.D. in Wind Science and Engineering from Texas Tech University in 2009 and his B.S. in Civil Engineering from Tri-State (now Trine) University in 2002. The Ph.D. program was a National Science Foundation funded multidisciplinary Ph.D. program that included detailed study of wind engineering, atmospheric science and probability/statistics. While at Texas Tech, he studied thunderstorm wind characteristics and their subsequent loading and load effects on a full-scale, low-rise building.