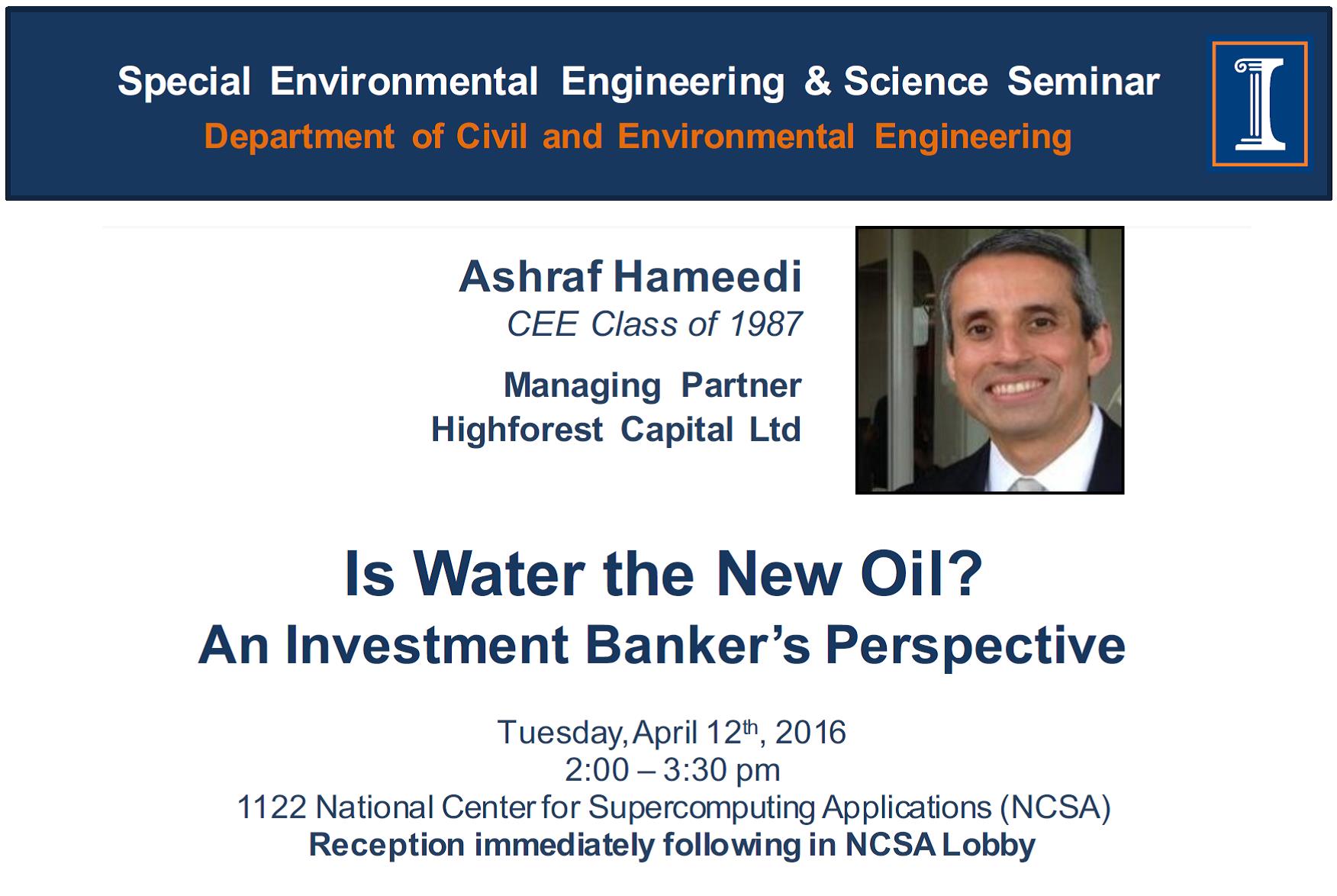 Today we had the opportunity to attend an Environmental Engineering & Science Seminar during the last hour of class. Ashraf Hameedi, a Managing Partner with Highforest Capital Ltd in London, spoke about his perspective on the need for investment in water resources. Hameedi graduated from the University of Illinois in CEE in 1987. His civil engineering background led him to pursue a career in financing and investing in large-scale engineering projects. Hameedi offered a unique perspective on water scarcity: that it may not be a bad thing. When a commodity is scarce, a demand is created. That demand means there is a market for that commodity. If water were viewed as a traded commodity, similar to oil, it might help with conservation efforts. If consumers were to pay market price for water, they would be less likely to use more than they need to. This could be made possible through the privatization of the water sector. Another key point he focused on was raising capital for large-scale water projects. This has been done extensively in the energy and telecommunications sectors and has yielded high returns for investors. By raising capital for water projects, many of the water and sanitation problems in countries with emerging markets could be solved.