The Economic and Social Advantages of Immigration

Immigration in the United States is a quite controversial issue, because it does not only affect the immigrants but also the lives of millions of domestic Americans. Lots of people may argue that government should be stricter on the immigration policy, and deport all the illegal immigrants, because people think the illegal immigrants sometimes are the main cause of high crime rate and unemployment for domestic Americans. However, others think that the immigrants can encourage the growth of the U.S economy on a large scale by bringing in monetary investment, intellectual scholars, and a number of labor forces. The United States can provide better education, medical service and legal protection of freedom so that more and more foreigners who come from wealthy background are willing to invest a large amount of money to get permanent residency. Another case is the international students who pay expensive tuitions to be educated in the United States, and then they are able to use their knowledge to contribute to the development of science and technology in America. The illegal immigrants are also beneficial to the economy of America by importing labor forces that can take the unwanted jobs, and leave domestic Americans more opportunities of better jobs, so government can grant some of these hard workers citizenship, which can not only encourage people to work even hard, but also stabilize the society.

The most direct way of encouraging the growth of economy is through purchase. According to Katz’s “Partnership For A New American Economy,”immigrants stimulate the economy by investing money in the housing market. Research shows that about forty million immigrants spent three trillion in housing, which greatly helped to stabilize the price of houses where the housing prices are going down. Some of the wealthy immigrants do not only spend money on house where they live in, but also purchase houses for investment, which can conspicuously drive the housing prices, since it can greatly increase the demand of Real Estate market. Furthermore, the author also mentions that although the less wealthy immigrants commonly move into less desirable neighborhoods, they often have great contributions to the area by stabilizing the area and making it look more appealing for middle class Americans (Katz). Because the more less wealthy immigrants do not have much of their own properties, they have to work hard in order to buy their own houses, so they commonly have proper occupations, willing to devote themselves to their jobs, and thus help to make the area where they live in seem safer and more pleasant. Both wealthy and economically insufficient immigrants can reinforce the housing market by purchasing homes and stabilizing the neighborhood around them. The immigrants who have less income are also willing to purchase houses, because they usually have less sense of security, and they feel they can eliminate this sense of insecurity by buying their homes where they can keep their families and themselves protected. Besides, the second generation of immigrants can also create more demands and opportunities for the housing market. Therefore, immigrants are inevitable in encouraging the growth housing market in America.

Another significant stimulator of economy is business. In Hufbauer’s “Security And The Economy In The North American Context: The Road Ahead For Nafta”, it discusses the North American Free Trade Agreement (NAFTA), an agreement implemented in 1994, guaranteed free trades among the United States, Mexico and Canada. This agreement introduced abundant foreign businesses, and contributed to a great economic growth in the U.S (Hufbauer). This agreement brought in business immigrants who invest money to energize small American corporations, and opportunities to emerging high technology business. This agreement also gives a lot of foreigners temporary permits to work in America, and thus provide labor to work on production lines. This growth of business among nations greatly vitalized the domestic economy, and provided valuable support for the newly established or small companies. The incoming labor forces are vital to the development of industries in America as well. Since more business means more products need to be manufactured, more labor are required. 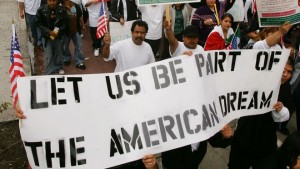 Moreover, the foreign scholars are also crucial to the innovation of technology in the United States. From Martin’s “Immigrants Are Crucial To Innovation, Study Says”, it shows that most of the international students end up in the “STEM” majors, which means fields related to science, technology, engineering and math. The skills from these majors can stimulate the economy by creating more jobs related to the newly developed technology (Martin). These fields are extremely important for the development of almost every aspect in our lives, and are also significant driving forces for the growth of new jobs. For example, there were far less jobs related to computers thirty years ago, but nowadays almost every field needs specialized computer engineers to help set up their own websites and systems. Plus the report by Congressional Research Reports for the People shows that domestic students do not favor the STEM majors, but rather majors in liberal arts (Hegarity), in which the international students can fill out these vacant positions. Besides, according to Martin, a survey from New York Times displays that nine out of ten patents in the STEM field had at lease one foreign-born contributor at University of Illinois. In other areas, at least 64% patents have foreign-born inventors, especially at large schools, such as University of California, University of Texas and University of Michigan. More importantly, a lot of these patents contributed by foreign scholars are utilized in commercial purpose. For example, a professor at University of California, Los Angles who is from China won a patent on discovering an ingredient in lollipop, which can be used for dental treatment. He then created a company to commercialize his finding, meanwhile continue his research (Martin). The research and examples mentioned above demonstrate that foreign scholars have a great contribution not only on the technological innovation, but also to the boost of economy by creating more technological jobs and commercialize their patents into business products. 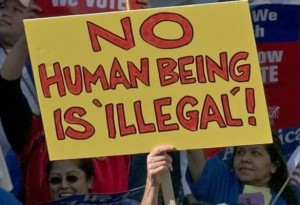 Furthermore, although not every single immigrant is able to benefit and contribute to the economy and society in America, most of them can indeed help to make America a better nation by working hard and sharing the good part of their culture and personality. In Carey’s “Immigration And The Economy: Beyond The Zero-Sum Game”, it analyzes the psychological aspect of immigrants. It states that the immigrants are likely to build a decent life in the new country, since normally people would rather stay in their homes where they feel familiar with, so moving to another completely strange country requires a great courage. Even though they may be affected by lots of factors, such as poverty, war and religious prosecutions, people rarely make decisions of leaving their homes (Carey). Therefore, people who decide to emigrate often possess uncommon courage and unyielding sprit, since they are in a completely unfamiliar country, these qualities can surely help them to better adapt and develop in the new country. The tough personality developed through the experience of immigration explains why a lot of studies show that immigrants are often hard workers. Also, since these immigrants are from all over the world, they have different cultural and religious background, which help open up new jobs for domestic Americans to design and manufacture these exotic products. The contributions of immigrants mentioned above displays that every immigrant, even illegal immigrant deserves people’s respect, because no human being is illegal as long as they can obey the laws and disciplines in the adopted country. More importantly, since some immigrants came to the United States alone working hard hoping they can build a brand new life for their families, If the immigration policy can help these immigrants to get to reunion with their families, the society will be further stabilized, since these immigrants have to work even harder to look after their families. 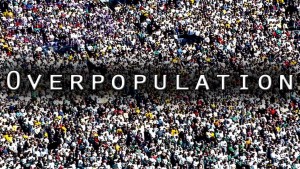 Despite the abundant benefits the immigrants have on the domestic economy and society at large, some minor disadvantages are undeniably brought in to the country as well. In Cafaro’s “The Environmental Argument For Reducing Immigration Into The United States”, it analyzes how the increasing of population can be detrimental for the environment. For example, the continuous increasing of population may cause intractable environmental pollutions such as water and air pollutions as well as the exhaustion of resources (Cafaro). More people generally means more land needs to be used, and more resources to be consumed. In order to solve these problems, the government may have to reclaim land, which may destroy the ecological balance of environment. Also, because more products need to be manufactured, it may exacerbate the pollution and the greenhouse effect, in which the government may also have to spend money on fighting these pollutions and problems, and thus hinder the growth of economy. If the population keeps increasing dramatically, the life standards of domestic Americans will be affected negatively as well, the street will be crowed, resources are used up, and the environment is devastated. However, these problems created by immigrants can also be solved by these immigrants too. As mentioned above, the immigrants contain a number of intellectual scholars who are mostly majored in the STEM field that are likely to help solve these environment problems by researching on the relevant topics. If government encourages immigration by letting more intellectual scholars study and research in the United States, these problems may be solved even faster and smoother. Besides, the immigrants often facilitate the exchange of products among countries, and thus there is a possibility that the immigrants can bring in more resources than they consumed. The foreign scholars can also help to remit the overcrowded population by having fewer children. In Ruggiero’s study of “Work Involvement Among College-Educated Women: A Methodological Extension”, it shows how education related to the growth of population. It states that people received high education are less likely to have children, and experience less conflicts in marriages or relationships (Ruggiero). So the intellectual immigrants do not contribute to the growth of population as much as people originally think. Overall, the advantages of immigration outweigh the disadvantages.

The United States of America is a country of immigration, it is composed of immigrants from all over the world, so it should not deny the great contributions made by the immigrants. Although the excessive immigrants may cause problems, the benefits brought by immigrants are immeasurable compared to these minor problems. The immigrants affect the economy and society in the United States positively by bringing their culture, investment, and knowledge. Their firm will and indomitable sprit will likely to lead them to gain decent and successful lives, and also encourage people around them to work hard. In the long run, the advantages of immigration bring to the economy and society in the United States are far more crucial than the minor problems it may cause.

For this research paper, I revised mainly the grammar errors and formatting mistakes as well as the citations. I also added some more analysis, and separated my ideas with the paraphrases more clearly.