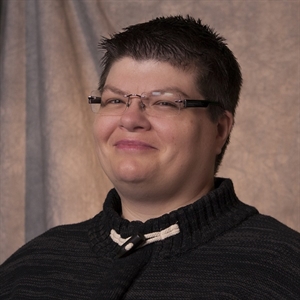 The Illinois Library Association (ILA) announces JJ Pionke, Applied Health Sciences Librarian & Assistant Professor at the University of Illinois at Urbana-Champaign (UICU), as the 2019 Crosman Memorial Award Winner. The Crosman Award is named in memory of Alex Crosman, director of the Peoria Public Library at the time of his death in 1986. The award recognizes the achievements of library workers who are new or relatively new to the field and encourages continued involvement in the profession. Other awards honor those who have accomplished a great deal over a long period of time; this award honors someone who has accomplished a great deal in a short time.

JJ has worked at the UIUC libraries since 2014 and prior to that worked at Wichita State University. In the last six years Mr. Pionke’s accomplishments have been many, making him a great choice for the Crosman Award. Mr. Pionke’s work has had an impact on the library, campus, regional, and national level. Since 2013, he has received numerous grants and awards including the Arnold O. Beckman Research Award and an American Library Association (ALA) Carnegie Whitney Grant. He has co-edited a book, written or co-written ten chapters in other books, published or co-published thirteen peer-reviewed articles in journals, and has numerous other presentations and publications to his name.

Mr. Pionke is currently the secretary of the Health Sciences Librarians of Illinois and serves as the chair of both, the Annual Meeting Committee and the Diversity and Inclusion Committee of the Medical Library Association. He has previously served on two ALA committees and numerous other committees and task forces in other professional associations. He has worked tirelessly in support of diversity and inclusion for people with disabilities, the LGBTQ community, and veterans. He has done this by working with the University Facilities department to improve accessibility in library facilities; creating library resource guides on disabilities; developing, in conjunction with the University Office of Inclusion and Intercultural Relations, an LGBT Ally Network; and working closely with the campus Veteran Center to improve library collections to better reflect veterans’ needs.

The Crosman Award will be presented at the Awards Luncheon to be held on Tuesday October 22, during the 2019 Illinois Library Association Annual Conference in Tinley Park.