November is American Music Month, so we decided to take the opportunity to walk you through some of our music books about American musicians and movements. Though the Music and Performing Arts Library holds all the actual music the libraries have to offer, the UGL does have a pretty eclectic collection of books about music. Whether you’re into Broadway or Grunge, we like to think our collection has at least a little something for everyone. Take this opportunity to find a new favorite genre or simply to learn a bit more about your favorite band with the suggestions below.

No Simple Highway: A Cultural History of the Grateful Dead by Peter Richardson

With the band playing what are supposed to be their final shows together back in July for their Fare Thee Well series, there has been resurgence in interest for the Deadhead world and in the great American rock band those fans follow. This 2015 book attempts to find out why the Grateful Dead were so popular and spin the band and their fans not as the hippie burn-outs the mainstream media has portrayed them, but as a cultural tour de force and one of the most influential and talented bands to tour the world.

Billie Holiday: The Musician and the Myth by John F. Szwed

Billie Holiday is one of the most influential and remarkable individuals to ever grace this Earth with their presence. If you like Adele or Amy Winehouse, you are indebted to the work that Billie Holiday did in her lifetime. In fact, if you like popular music at all, reading this book will help you recognize the huge impact Billie Holiday has had on the musical world of today. Szwed is also an accomplished author who has unraveled the mystery around many other great American musicians and music industry giants such as Alan Lomax, Sun Ra, and Miles Davis.

Girl in a Band by Kim Gordon

If you’re into the history of indie rock at all, find out about its ins and outs via this unique and personal book by Kim Gordon. Saying that Gordon is cool is an understatement. Kim Gordon was a founding member and bassist/guitarist/vocalist of Sonic Youth, one of the biggest punk bands of the 80s and 90s and one of the most influential bands to ever make music. Gordon details her life in this book from her days growing up in California to the aftermath of her divorce from Sonic Youth cofounder Thurston Moore.

Punk rock has always been strongly associated with DIY ethics and strong personal identities and the 1990s Riot Grrrl movement was one of the most well known and documented of these sorts of movements. This collection of zines, personally produced and published magazines, shows how so many people during this era found their way to feminism and found their own voices through a kind of music and culture that finally represented them. This collection does a great job of showing just how easy it is for someone to take part in a movement bigger than themselves and celebrates the voices of the many fans and fighters of a historic and interesting cultural movement.

The B Side: The Death of Tin Pan Alley and the Rebirth of the Great American Song by Ben Yagoda

The American songbook is rich and deep and it all started with Tin Pan Alley. This book tells the end of the Tin Pan Alley era as rock n’ roll reared its tumultuous and tide-changing head. The intertwining stories told in this book are ones that shaped the entire landscape of American music, giving readers a better, deeper understanding of the reasons things played out the way they did. Frank Sinatra had it his way and rock n’ roll had its own and this book breaks down the very difference between those contrasting ideas.

How are you celebrating American Music Month? Did we miss any of your favorite books about music? Tweet at us (@askundergrad) or contact us on Facebook (Undergraduate Library at UIUC)!

In honor of American Music Month, this week’s blog is dedicated to musical events around campus. Who doesn’t love going to a concert and experiencing some new music? Champaign-Urbana consistently draws a wide variety of acts across many genres, so there’s probably something that you’d enjoy seeing. Grab a friend, get some food, and then go experience some new music. It’s the recipe for a perfect night. 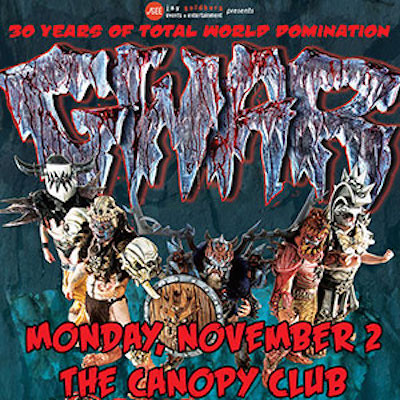 Photo courtesy of The Canopy Club

If you don’t know who/what GWAR is, you should probably go to this show. The self described “masters of Earth”, GWAR have been taking over our puny planet for around 30 years with their blend of heavy metal and insane stage antics; it’s nearly impossible to leave a GWAR show without being covered in fake blood and feeling AWESOME for it. American music has always been subversive and shocking and it pretty much does not get more subversive or shocking than GWAR. 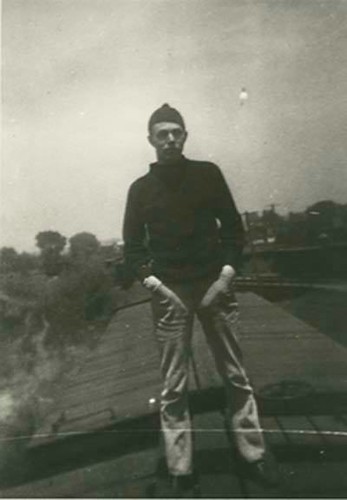 Photo Courtesy of Sousa Archives and Center for American Music

This unique performance is unlike any other on this list and is sure not to be missed by those of you interested in the vast scope of American music. Presented by the Sousa Archives and Center for American Music, this performance features Chris Rainier performing guitar pieces by the famous microtonal composer and instrument builder Harry Partch. Pieces arranged for voice and arranged guitar that detail the rough lives of 1930’s hobos will be the focus of the evening and Rainier will be performing these pieces on a guitar specially constructed for this event. Admission is free, so catch this one-of-a-kind performance for a deep look into American history. 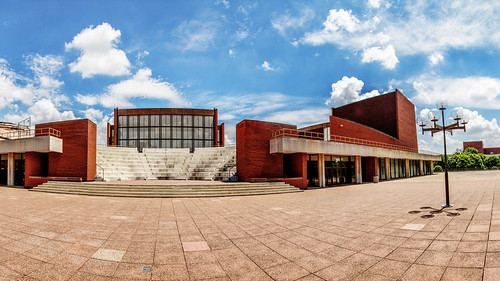 Krannert Center for the Performing Arts

Illinois Modern Ensemble at Krannert Center for the Performing Arts – November 17 at 7:30pm

Rock music may not be for everyone, so this performance by UIUC’s Modern Ensemble will be a delight to those searching for something a bit different. The ensemble performs regularly and highlights pieces by famous American composers such as Steve Reich, the legendary American minimalist, and Augusta Read Thomas, the masterful American experimental composer, as well as original pieces by students and faculty. This performance is only $4 for students and will force you to reach beyond your expectations of what music truly can be and connect you with a the deep experimentation found in so much modern American music.

The origins of the punk rock movement of the 1970s and beyond are as much of an argument as any, but it is safe to say that punk has been a huge movement in America since the first power chord was struck. Innovation runs rampant through the genre and this Solo Showcase at local watering hole and popular local music venue Mike ‘N Molly’s will certainly show off the flexibility and innovation that can be found in this ever-expanding genre. Headlining is local visual artist Kamila Glowacki whose band Kowabunga! Kid has toured across this country and play an exceptionally surfy brand of punk. Other performers include members of local favorites Roberta Sparrow and Street Justice, so head over to downtown Champaign for a unique night of passionate performance. 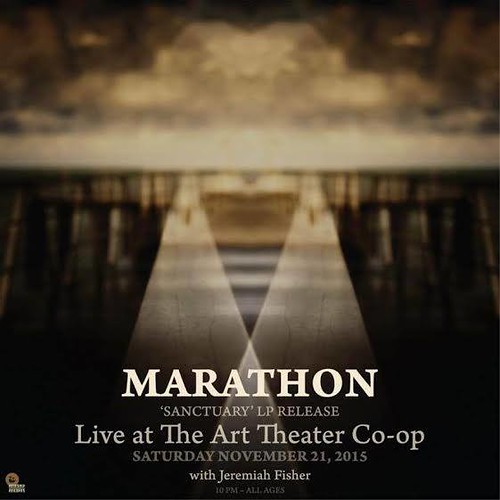 Living in such a creative and open-minded city has many benefits for all sorts of artists- Marathon is one of the best examples of a group of artists taking advantage of the openness of this area. Marathon creates drone music in the occasional form of a “guitarkestra”- an ensemble of 6 guitarists, 2 drummers, and a bassist all working to create a massive amount of pleasurable and quite solid feeling sound. This performance is a rare one and not to be missed for several reasons: The Art Theater typically does not have musical performers and is an incredible space for this occasion, this performance is in honor of the release of Marathon’s new LP “Sanctuary”, and the Media Commons’ own Jake Metz will be performing live video manipulation for the performance. American music takes so many forms and is constantly reinterpreting itself and this is probably the closest one could get to truly feeling that slow, intense, passionate change.