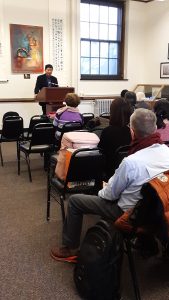 The Rekidai Hoan collection provides a partial record of diplomatic correspondence exchanged between 1424 and 1867, a time that spans from the reign of Ryukyu King Sho Hashi to the twentieth year of the regency of King Sho Tai. This period immediately preceded the Ryukyu kingdom’s incorporation into the Japanese state in 1868. The collection also provides a record of contact between the Ryukyu Kingdom and countries such as the United States, France, and the United Kingdom.

The original collection consisted of three separate collections of documents containing 262 volumes and a four-volume supplement of 30 volumes. A complete copy of the manuscript copy is preserved at the National University of Taiwan.

The original copies of the Rekidai Hoan were lost around the time of WWII when bombings from the Battle of Okinawa destroyed the library in which they were housed. The Kume documents became the only surviving record.

A number of complete copies were commissioned for the Taihoku Imperial University library after the year 1936.  In 1950, another new copy was made of the Rekidai Hoan, which was housed in the Department of History’s library in the College of Arts, and the older text was preserved and moved to a secured room in the library.

The complete copy of the Rekidai Hoan can be found today in the National University of Taiwan. It includes 249 volumes and a total of some 17,271 folios. 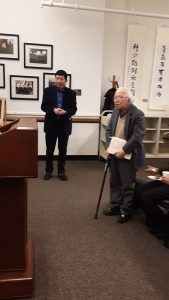 Scholars have the opportunity to study the materials and use them to shed light on topics relevant to medieval Japan, including Japan’s trade with Southern Islands and the Orient, and its diplomatic relations with Manchuria, Korea, and the southern regions. The collection is also invaluable to researchers because it provides a survey of primary sources in Ryukyuan, Japanese, Chinese, and Korean.

The event was attended by many Japanese scholars and local residents including Professor Koji Taira and his wife, his grandson Ethan, Professor Zong-Qi Cai, and Professor Lynne Rudasill who presented IASL.

The IASL thanks Dr. Koji Taira for donating the collection to the library and ensuring that the Rekidai Hoan materials are available to present researchers and preserved for future generations.  The IASL also thanks Dr. Steve Witt for his participation in getting this important collection donated to the University library at the University of Illinois.