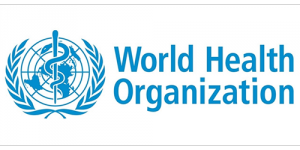 The World Health Organization (WHO) was created on April 7th 1948 as a means to identify, assess, and address how issues relating to health are handled around the world, and in 1950 the WHO agreed to establish “World Health Day” on the 7th of April every year. Today, the WHO employs more than 7,000 people, covering more than 150 nationalities. In addition to working at their headquarters in Geneva, the WHO holds a presence at 150 country offices and 6 regional offices.

Last year celebrated the 70th anniversary of the WHO, and this year marks the first time where one topic will span two years. Fully committed to this cause, the WHO is extending their campaign to help ensure all people have access to quality health services regardless of where they live or how much money they have. Working under the influence of the UN 2030 Sustainable Development Goals, the WHO believes Universal Healthcare (UHC) is a right, not a privilege, and that efforts taken towards UHC should include an analysis of health systems and the intersections between quality, efficiency, equity, accountability, sustainability, and resilience.

Working for over seventy years to bring awareness to global issues relating to health, the World Health Organization has devoted itself to the prevention and treatment of many conditions, and the educating of people from around the world. World Health Day not only brings awareness to issues that need it, but it also creates the unique effect of uniting people from around the world in a way no other holiday can. World Health Day stands to remind us that all peoples struggle with health, regardless of social status, skin color, religion, political views, or culture, and with this humanizing of people from different cultures, we begin to see that we are all the same, and all deserving of certain rights like quality of life, education, and health care.

If you are interested in learning more about global health, and the resources available here at the University of Illinois, visit the Global Health libguide. https://guides.library.illinois.edu/mbh/globalhealth

For more information on the World Health Organization or World Health Day, visit the WHO website. https://www.who.int/

Packard, Randall M. A History of Global Health: Interventions into the Lives of Other Peoples. Baltimore, Johns Hopkins University Press, 2016.

A UN Progress Report: The Sustainable Development Goals in 2018
IASL Receives the Survived Collection of the Rekidai Hoan from the Ryukyu Kingdom