In July 2012, Dell made the University Library a Certified Technology Partner and awarded the Library a grant of $120,000 to be used in the next three years to develop software for the Library’s digital repository program. The grant was publicly announced in September. I contacted Tom Habing, Manager of the Library Software Development Group and Principal Investigator of the grant, to find out more about this project.Background of the Project 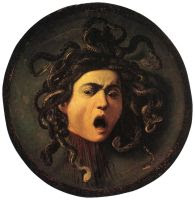 The University of Illinois Library’s Medusa Digital Preservation Archive Project provides an enduring storage and management environment for digital content at the University of Illinois at Urbana-Champaign Library. The digital preservation archive uses open-source Fedora Commons repository software and Hydra shared code base. For storage the library chose the Dell DX Object Storage Platform due to its flexibility, ease of management and maintenance, and its ability to meet long-term storage demands.  When Dell learned about the repository development project, they approached the Library’s development team to see how they could help, offering to make the team a certified Dell Technology Partner along with some grant funding to help the project along.

How will the grant award be used?

The grant award will be used to hire student programmers to assist the team in developing software that allows the Dell DX 6000 storage system to interoperate with the Fedora open source repository software. The Fedora repository uses a replaceable storage plugin called Akubra.  The Library development team has publicly released a new Akubra plugin which has been officially certified by Dell to interoperate with their DX storage system. Dell has also released a whitepaper providing detailed information about the Akubra plugin that can be accessed on Dell’s website.

What are your goals for the project for the next few years?

There has been a new version of the Fedora repository software that has been released and a new version of the DX storage system will be released early next year. The team plans on updating the Akubra plugin to work with both of these new versions.  This will allow them to take advantage of some new features of both of these products, such as support for much larger files and better support for integrating metadata with the storage system.

With regard to the Medusa project, they have developed a collection registry to assist digital curators with identifying and describing collections to be ingested into the Medusa repository.  They are also in the process of developing their packaging and ingest scripts and should be ready to begin wholesale ingests into the system early next year.

The Medusa Project team’s innovative ideas have helped the Library lower storage costs and provide convenient, electronic access to its archives using a system that can meet the Library’s expanding storage needs. 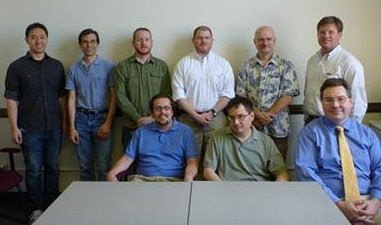 The core development team of the Medusa Project includes Bill Ingram, Howard Ding, Robert Manaster, Mike Tang, and Tom Habing; however, other developers and people in the Library are involved in an advisory or as-needed basis.  We’d like to thank everyone involved in the project and look forward to seeing how it develops!