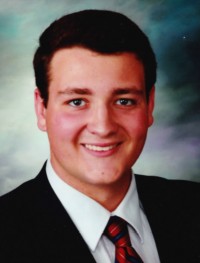 Bastien Andruet
A Global Studies and Political Science double major at Arizona State University, I have always been passionate about International Relations an Conflict Resolution, so much so that I am working towards one day having a career in the field. Originally born in Providence, Rhode Island to a French immigrant father and a Massachusetts native mother, international cultures, languages, and history have been prevalent in my life since my earliest childhood memories. A world traveler since the age of 7, I frequent Europe, North and Central America, where I learn about the cultures of the respective nations which I visit as well as live amongst locals with whom I develop lifelong friendships. Upon completion of my Bachelors, I intend to ascertain my Masters degree in Political Science and begin working for either the United Nations or the US State Department, where I will hopefully enter into either the field of international diplomacy, or counter-terrorism. 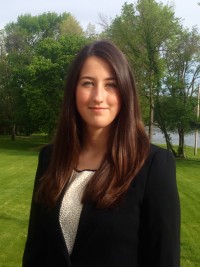 My name is Alexandra Benigni. I am a rising senior at Indiana University Bloomington majoring in Political Science, earning a certificate in Business Management, and minoring in Religious Studies. I am originally from Joliet, Illinois, a suburb of Chicago. My interest in international security stems from my time studying abroad in Istanbul, Turkey and from other international travel experiences. 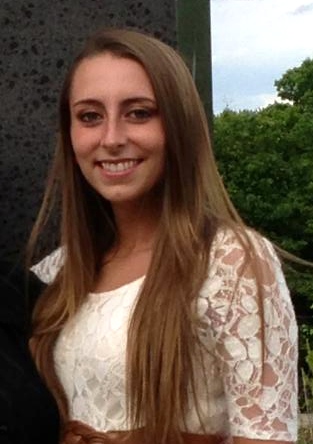 I was born and raised in Chicago, Illinois. I graduated from Northside College Prep High School in 2013. I just finished my freshman year at American University in Washington, D.C., where I am majoring in Justice and Law with a concentration in Criminology and a minor in Arabic. My ultimate career goal is to one day work in federal law enforcement.

I became very interested in international security this past semester through my internship at The National Consortium for the Study of Terrorism and Responses to Terrorism (START). START is a research institution funded by the Department of Homeland Security and the University of Maryland, College Park. At START I worked on the Profiles of Individuals Radicalized in the United States (PIRUS) project, where I researched 50 individuals who have radicalized in the United States and coded the individuals for over 160 variables. Some of these variables included their age and religion, or if they were associated with a terrorist organization. START introduced me to many new topics in both domestic and international terrorism.

I am a senior majoring in Molecular and Cellular Biology at the University of Illinois. While school is in session I work in a USDA microbiology lab, and I am involved in campus organizations such as Women in Science and project SEARCH. SEARCH works to get kids interested in science, by going to classrooms and helping the students perform experiments. I spend my summers volunteering at an outdoor activities camp in my hometown, and reading as much as possible. After I graduate, I plan on pursuing a masters or PhD in Microbiology. Once I have an advanced degree, I hope to work in the field of biosecurity. 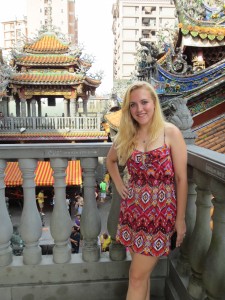 My name is Katelyn DeNap. I am a student at Missouri State University in Springfield, Missouri where I am one of the Presidential Scholars from the class of 2016. Double majoring in Political Science and East Asian Studies with a double minor in Chinese and International Relations, I hope to find a job in the intelligence field.

I have traveled to Australia as a student ambassador, and have studied in Taiwan (ROC) as an ambassador to the state of Missouri. My future plans include traveling to China (PRC) and returning to Taiwan. I am excited for the ACDIS Workshop and see it as a learning experience and an opportunity to make connections in the international security field. 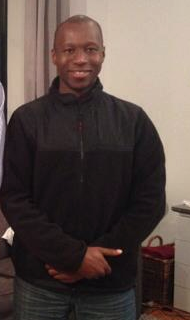 My name is Mamadou Alpha Diallo. I am a rising senior at Brown University. I am from Guinea and moved to the US in 2006. I speak French, Arabic, and two native African languages. I am majoring in Biochemistry at Brown. I play soccer and I am part of the Taekwondo club at Brown. I am looking forward for two things this summer: the ACDIS and the soccer world cup! 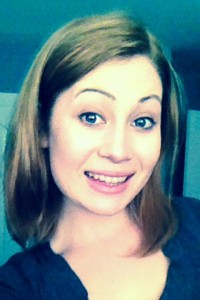 Hello, I’m Hannah and I am a rising sophomore at American University (in Washington, DC). I am a Justice, Law and Criminology major with a minor in Computer Science. I have strong interests in international security and hope to work in the fields of cybercrime and organized crime. I am originally from San Jose, CA. I enjoy outdoorsy things such as hiking and nature photography. I also love movies, reading, and seafood.

My name is Nicholas Grimes. I am a senior Political Science/RLAS (Russian Language Area Studies) major at Texas Tech University. I was born in Raleigh, NC and raised in Arlington, TX. After graduating, I plan on pursuing a career in intelligence or federal law enforcement. 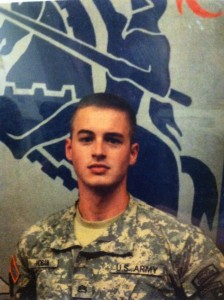 I am currently an upcoming senior at Lewis University in Romeoville, IL. I am a Political Science major with a minor in Russian. I am also in Army ROTC. I plan on serving in the United States Army as a 2LT after attending college. I will hopefully be serving in the Infantry once I attend my Leadership Development and Assessment Course (LDAC), which all ROTC students must attend in the summer before their senior year. I absolutely love history, especially western military history. In my leisure I am an avid reader and an endurance athlete. 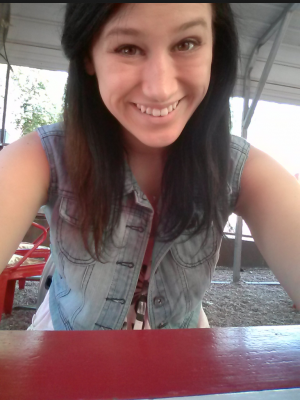 Hi! My name is Ginny Hollinger and I am in my senior year studying political science at Texas State University. I live in San Marcos, Texas where my favorite non- academic activities include reading by the river that flows through our campus and hiking through the Texas hill country. I am primarily interested in the politics of the Middle East, nuclear proliferation, conflict and the security dilemma. Other interests of mine include the history of the MENA region and the ethics of international security. Through this workshop, I hope broaden my understanding of this area of study and obtain a more concrete grasp of what careers in this field entail. 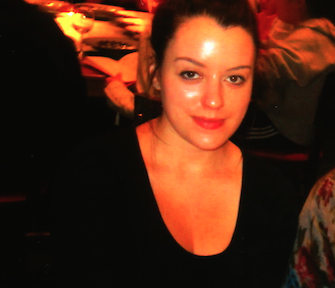 Grew up in Uruguay, Russia and Germany. Currently a senior at Arizona State University. Majored in political science. Hopes to work in the security field.

Government consultant and adviser, prior Marine. Multiple tours to South Asia, the Middle East and Africa. 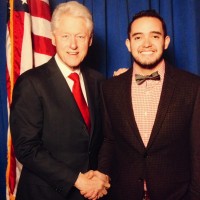 Miguel Lopez is a McNair Scholar at the University of Arkansas at Little rock majoring in Political Science with a minor in Middle Eastern Studies. Miguel research interest include: Political Islam, Terrorism, and economic sanctions. Miguel will be applying to the MA/PHD program next year at the Center for South Asian and Middle Eastern Studies at UIUC. After finishing his PHD, Miguel plans becoming a professor at a University and becoming a prominent scholar on US Middle East relations. Miguel also would love to be a advisor to policymakers during his academic career.

Miguel is very involved in Arkansas politics and serves as the Second District Director for the Young Democrats of Arkansas. 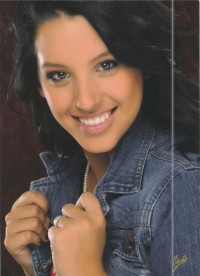 My name is Natalie Maas. I’m 20 year old and a junior at Arizona State University. I’m currently studying Political Science with a minor in Communications. For the next school year, I plan to add a Business minor to my degree. My career goals include graduating from Arizona State, attending law school and becoming a part of policy making in the United States. In my spare time, I enjoy spending time with my large family, singing in the university choir, and watching movies.

My name is Zelda, and I’m an 18-year-old Political Science major at Arizona State University Online. I currently live in Parker, Arizona. My short term goal would be to get a position within the State Department, preferably within an embassy. 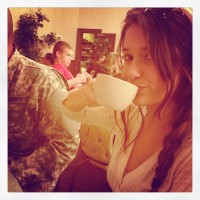 Mollie Maycroft just finished her junior year at Arizona State University. For the past few years she has been living in different parts of the country and doing lots of travelling. Mollie grew up in the Chicago land area with her parents who ran a post-prison ministry which led her to pursue a degree in political science. She hopes to finish her degree and then pursue a job with an NGO. 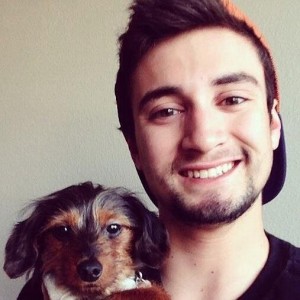 I am currently a student at Arizona State University in Tempe, Arizona majoring in Political Science. I am an appointed commissioner for Environmental Quality for the City of Phoenix and work as a treasurer on two Arizona State Senate campaigns. Further, I worked as a finance assistant on the successful congressional campaign of Congresswoman Kyrsten Sinema in 2012. I am interested in going into international politics and obtaining a masters in Political Science after graduation.

I live in Los Angeles, California and I am a senior at Arizona State University. I have a major in Political Science with a minor in Criminal Justice and Certificate in International Studies. I will be graduating in December of 2014 and plan on going into law enforcement. I hope to one day work for a government agency such as the FBI or CIA.