There’s movies, there’s art, there’s even Mom’s weekend (though we’re gonna skip that to highlight some other cool things going on). As the semester winds down and graduation looms, you may find yourself feeling a little misty-eyed and shut-in, so why not try to hit the town and beat the end-of-the-year blues by going to one of the cool events we’ll highlight below? 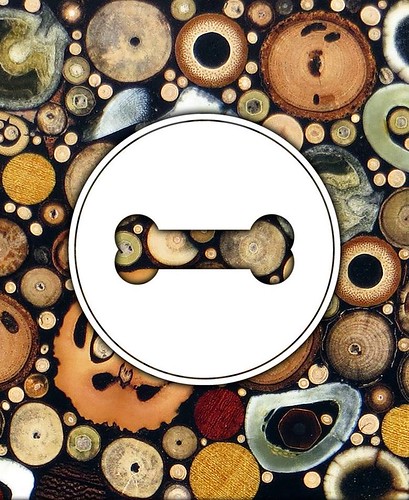 Champaign County is filled to the brim with creative people making art in a variety of ways and the yearly Boneyard Arts Festival brings the work of these varied and abundant individuals to the forefront of the community for 4 days each Spring. This festival isn’t limited to just the typical art galleries across campus and around town; you can find work from artists in non-traditional locations such as retail stores and salons. It’s the perfect time to go out and get inspired and see the huge amount of work being produced by artists of all kinds right here in our own backyard. Their new website is also really cool and features some videos from past festivals that will give you an idea of the variety in store. 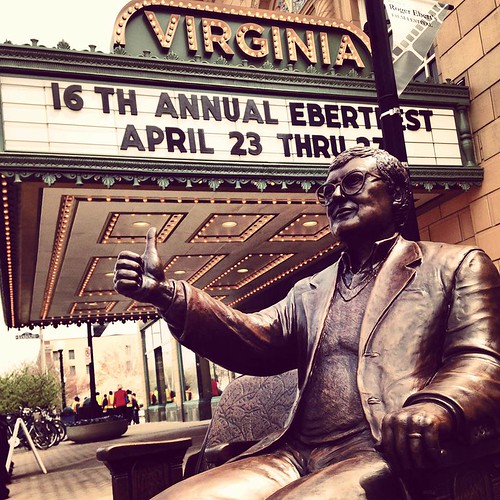 One of CU’s most noteworthy former citizens and a proud alumnus of UIUC is Roger Ebert, the famous film-critic who popularized the now everyday idea of giving things a “thumbs up” and informed moviegoers of what was new and exciting at the cinema for years. Each year, CU is fortunate to have a small slice of Hollywood drop in for a few days in Ebert’s honor as new films are premiered and stars of the screen find their way to our humble sister cities to present their films. This year will be no exception with famed director Guillermo Del Toro making an appearance on opening night and plenty of movies are slated to delight audiences. If a festival pass is too pricey, and you just wanna catch a movie, tickets are $13 for students. Who knows, maybe you’ll meet Guillermo and find yourself in the next Pacific Rim! 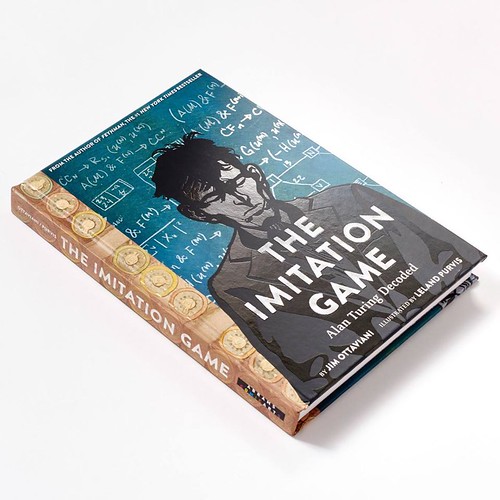 Alan Turing was a wholly brilliant scientist that was portrayed by Benedict Cumberbatch in the recent Academy Award winning film The Imitation Game. That film was based on a book about that brilliant man and Grainger is now happy to bring the author of a graphic novel based on that book to their library! Ottivani is also an alumnus of UIUC and his graphic novels have won many awards and are available in our graphic novel collection on the Lower Level. RSVP to the Facebook event by following the link below: 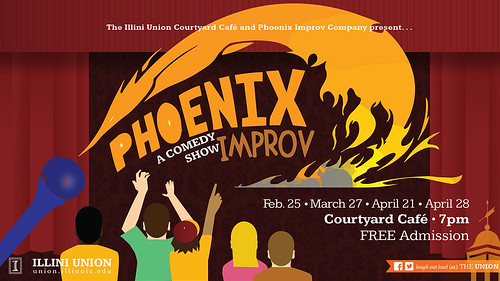 If you’ve never been to any sort of improvisational comedic performance, you absolutely need to rectify that situation by catching Phoenix Improv at the Union for free. Improv is the basis for a lot of the TV plots you watch in your favorite comedy shows and some of the funniest actors and actresses of all time got their start doing improv at various levels. And, since we’re only a short trip from the famous Second City in Chicago, you never know who might move on from one of these Union performances to make a splash in Hollywood.

By this time, the sun should be shining and those May flowers should be popping out of the ground and we can’t think of a better way to spend the weekend than root root rooting for the home team as they take on Minnesota in three games across the weekend. Two day games also mean you can still have the night to do as you please!

If there’s one thing we think esteemed alum Roger Ebert might’ve appreciated about the updates to the UGL, it’s the expansive film collection on the lower level. This weekend marks the 15th Annual Ebertfest Film Festival in Champaign, and it’s the first without its namesake, following Ebert’s passing on April 4.

Aside from his renowned writing style and deep love for the movies, Ebert was also dedicated to his hometown of Urbana and his alma mater, the University of Illinois. Check out the moving blog brought to you by our friends at the other end of the tunnel, the University Archives. Not only do they have a great collection of Ebert’s papers and correspondence, they also have interesting info on his life and time as a student at Illinois, including his tenure as editor of the DI.

If you’re looking for more information about this ground-breaking (and oft-controversial) film critic, devotee of the motion picture, and proud U of I journalism student, the library has plenty of his books:

Awake in the Dark: The Best of Roger Ebert, Forty Years of Reviews, Essays, and Interviews

Life Itself: A Memoir

A Horrible Experience of Unbearable Length: More Movies that Suck

For other books by Ebert, head to the online catalog. Type Ebert, Roger (the best format when searching for authors) in the search box, and change the drop-down menu from “Keyword” to “Author.” Happy reading and hats off to an admirable man and friend of the University, library and the fields of journalism and film.