The fantasy genre has seen a resurgence in popularity in recent years with the success of the Game of Thrones television show based on George R. R. Martin’s A Song of Ice and Fire fantasy series. There is an abundance of good fantasy literature, both old and new. This encompasses the familiar swords and sorcery setting, Lovecraftian weird fiction, fantasy horror, and other works that subvert genre expectations. The UGL recently added a number of fantasy works to its collection. Let’s take a brief look at some of the more notable additions.

Dreamsongs: Volumes I and II by George R.R. Martin

GRRM now looms large over the fantasy genre, accompanied by fellow master J.R.R. Tolkien. If you’ve been eagerly waiting for Martin to finish The Winds of Winter, his next release in the A Song of Ice and Fire series, you can bide your time by checking out this two-volume collection of some of his shorter work. These volumes include Hugo and Nebula award-winning short stories, as well as Martin’s novella “The Hedge Knight,” which acts as a prequel to A Song of Ice and Fire. 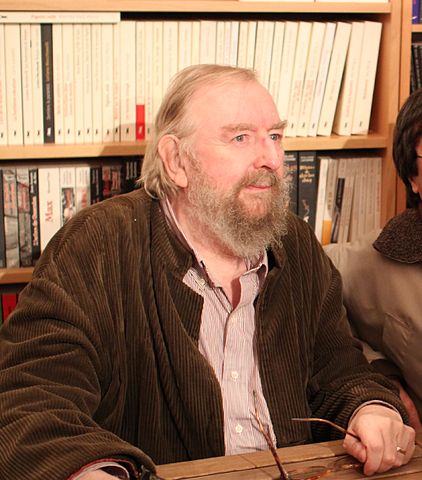 The Works of Michael Moorcock

Although he’s not as well-known as Tolkien and GRRM, British author Michael Moorcock is one of the most critically acclaimed authors working in the fantasy and sci-fi genres. Moorcock has been publishing since the 1960s, producing a body of work that can be daunting to the uninitiated. Thankfully, the AV Club has written a helpful primer to the works of Moorcock. The author is perhaps best known for his character Elric of Melnibone, an albino prince with a magical sword called Stormbringer. Elric’s adventures have been re-released in a multi-volume collection, which starts with Elric: The Stealer of Souls.

Tooth and Claw by Jo Walton

The winner of the 2004 World Fantasy Award for Best Novel, Tooth and Claw takes the familiar Victorian romance novel (think Anthony Trollope) and gives it a major twist. Rather than focusing on cultured, upper-class humans, Walton instead chooses to populate her plot with firebreathing dragons. The intricate plot of Victorian novels is left intact, making this a must read for fans of Dickensian literature who are craving something a little more fantastical or for people who loved Watership Down.

Jeff Vandermeer, noted author of the New Weird genre and resident of Tallahassee, Florida, captures the Sunshine State’s dark side in this mysterious trilogy of novels. All published in 2014, these award-winning novels (Annihilation, Authority, and Acceptance) revolve around an abandoned ecological disaster zone called Area X which is controlled by a government agency called The Southern Reach. Highly recommended for fans of Weird Fiction, environmental literature, and thrilling mysteries.

Books of Blood by Clive Barker

If you prefer your fantasy with a heavy helping of horror, look no further than the collections of short stories in Clive Barker’s Books of Blood. Barker is perhaps most well-known in popular culture for writing the works that the Hellraiser and Candyman film series are based on. Barker’s work definitely leans heavily towards horror, but contains fantasy elements as well. Recommended for fans of horror film, Stephen King, and those who like to terrify themselves in short doses.

These are just some of the fantasy works the UGL has recently added to the collection. Take a look around our bookstacks on the lower level, particularly in the P shelves, for other fantastical literature.