We know you’re hard at work this time of year—as if you weren’t busy enough already, midterms are coming, and papers and projects are mounting up left and right. We see you studying hard in the UGL, and we’re here to support you in all your research needs. In the midst of all that academic frenzy, though, it’s important to do some fun things for yourself, and we can help you with that, too! You might already know about the movies and video games we have available for you to use—but did you know that we also have a huge collection of comics and graphic novels for you to check out? Well, it’s true!

Our librarians love you so much that we work tirelessly to bring you books that we think you’ll enjoy. Last year, this meant bringing in almost 200 new graphic novels to our collection. Not just your average, run-of-the-mill comics, either—we have works from many different countries, in many different languages, as part of our goal of diversity. Many of them are available in English as well as in their original language, be it French, Spanish, Norwegian, Japanese, Chinese, or another. Some of them are pretty rare or obscure and hard to find—but we rounded them up, just for you! Here are a few volumes we think you should have a look at: 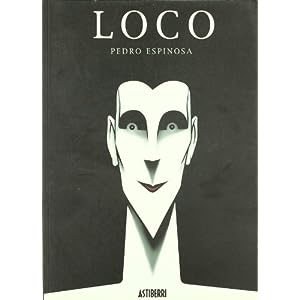 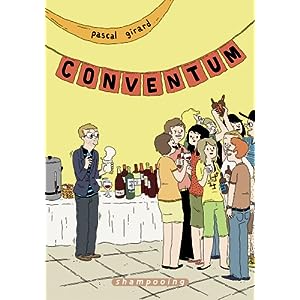 Loco by Pedro Espinosa
This “silent” work (meaning it has no words or dialog) from Spanish artist Pedro Espinosa was originally published serially in the 1980s; now it’s all collected together in one volume. The main character, Loco, silently expresses his concerns about societal, political, and familial issues.

Conventum by Pascal Girard
The horror, the agony, the trials and tribulations of attending a class reunion, and the self-reflection it can cause—in French with simple, charming illustrations by Québécois artist Pascal Girard.

Corto Maltese: The Ballad of the Salt Sea by Hugo Pratt
Originally published in 1967-1969, this was the first story featuring the rogue sailor-adventurer character of Corto Maltese. Though the stories are fictional, the historic periods and places featured were exhaustively researched by creator Hugo Pratt, and Maltese meets fascinating characters from all over the world, real and imagined. Available in English as well as the original Italian.

7 Billion Needles by Nobuaki Tadano
This reimagining of the 1950s science fiction novel Needle tells of a teenage girl in Japan who suddenly finds her body possessed by a extra-terrestrial being, and embroiled in a manhunt for yet another extra-terrestrial being intent on destroying the human race. Exciting stuff!

Goliath by Tom Gauld
The Biblical story of David and Goliath gets retold, this time from the point of view of the giant Goliath. He may actually be more a lover than a fighter, but bureaucracy and politics conspire to push him into his fabled role of antagonist.

If you read all these and you’re still not sated—or if there’s a graphic novel or comic series you’d really love to see on our shelves—you can always suggest a purchase. We’re working on getting more new additions soon, this time focusing on the Middle East, South Asia, and Eastern Europe. If you have any suggestions for graphic novels in that realm, or even outside of it, drop a line to Chris Diaz (cdiaz25@illinois.edu). We look forward to hearing from you and giving you lots of good stuff to read!