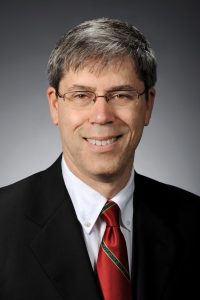 Pat Schnable is a distinguished professor at Iowa State University where he holds an endowed chair and directs the Plant Sciences Institute that is fostering collaborations among plant scientists, engineers and computational scientists. He is also a ChangJiang Scholar Professor at China Agriculture University. Schnable received his BS in Agronomy from Cornell University and his PhD in Plant Breeding and Cytogenetics from Iowa State University; he conducted post-doctoral research in Molecular Genetics at the Max Planck Institute in Köln, Germany.

Schnable’s wide-ranging investigations of the maize genome have resulted in >120 peer-reviewed publications and an h-index of 63. Schnable is a fellow of the American Association for the Advancement of Science, serves as a consulting editor for PLoS Genetics (Impact Factor 8.7), is a past chair of the American Society of Plant Biology’s Science Policy Committee and a past chair and current member of the Maize Genetics Executive Committee. He is also the co-lead of the Genomes to Fields Initiative.

Schnable is also a co-founder and managing partner of Data2Bio LLC, which provides research support for the breeding industry; of Dryland Genetics LLC; which is developing crops for arid environments via next-generation breeding; and of DecisionPx LLC which generates image-based decisions for crop production and breeding. He also serves on the scientific advisory boards of several other companies. 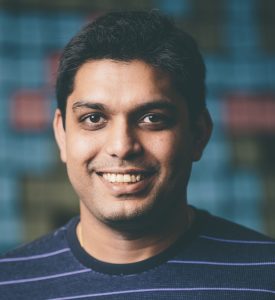 Ranveer Chandra is a Principal Researcher at Microsoft Research where he is leading an Incubation on IoT Applications. His research has shipped as part of multiple Microsoft products, including VirtualWiFi in Windows 7 onwards, low power Wi-Fi in Windows 8, Energy Profiler in Visual Studio, and the Wireless Controller Protocol in XBOX One. He is active in the networking and systems research community, and has served as the Program Committee Chair of IEEE DySPAN 2012, and ACM MobiCom 2013.

Ranveer is also leading the battery research project, and co-leading the white space networking project at Microsoft Research. He was invited to the FCC to present his work on TV white spaces, and spectrum regulators from India, China, Brazil, Singapore and US (including the FCC chairman) have visited the Microsoft campus to see his deployment of the world’s first urban white space network. As part of his doctoral dissertation, Ranveer developed VirtualWiFi. The software has been downloaded more than 750,000 times and is among the top 5 downloaded software released by Microsoft Research. It is shipping as a feature in Windows since 2009.

Ranveer has published more than 75 papers, and filed over 100 patents, more than 80 of which have been granted by the USPTO. His research has been cited by the popular press, such as CNET, MIT Technology Review, Scientific American, New York Times, WSJ, among others. He has won several awards, including best paper awards at ACM CoNext 2008, ACM SIGCOMM 2009, IEEE RTSS 2014, USENIX ATC 2015, and Runtime Verification 2016 (RV’16), the Microsoft Research Graduate Fellowship, the Microsoft Gold Star Award, the MIT Technology Review’s Top Innovators Under 35, TR35 (2010) and Fellow in Communications, World Technology Network (2012). Ranveer has an undergraduate degree from IIT Kharagpur, India and a PhD from Cornell University.