My current work investigates how hail formation, processes, and characteristics will change in a future climate.  To do so  we are using the pseudo-global-warming (PGW) method of modifying historical severe weather event environments using climate change deltas obtained from several CMIP5 and CMIP6 models.  This allows for a better physical understanding of the underlying mechanisms driving these changes, whereas previous studies have used environmental proxies or statistical methods to try and understand hazard changes in a future climate (see Trapp and Hoogewind 2016 for more information)

Following the field campaign, I began working with the collected data to investigate the interactions between cold pools, complex terrain, and the environment.  Mobile Mesonet and sounding data from IOP4 was used to examine differences in cold pool depth and intensity between the high terrain and plains.

This work was presented at the 100th American Meteorological Society Annual Meeting (https://ams.confex.com/ams/2020Annual/meetingapp.cgi/Paper/367609).

I worked on a DOE-ASR sponsored project investigating the effects of different microphysical processes in rain, graupel, and hail production and their influence on thunderstorm cold pool and outflow development, and possible subsequent convective generation of new storms.  To investigate this I used the CM1 model to perform high-resolution simulations on the NCSA Blue Waters Supercomputer.  This work was done in collaboration with PI’s Jeff Trapp, Sonia Lasher-Trapp, and Steve Nesbitt along with department post-doc Paloma Borque and graduate student Geoff Marion.

The manuscript for this research was published in Monthly Weather Review and can be found here:  https://journals.ametsoc.org/doi/full/10.1175/MWR-D-18-0382.1

A project summary can be found at: https://asr.science.energy.gov/projects/project?id=7702 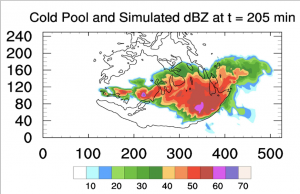 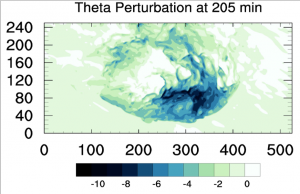 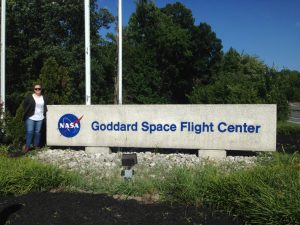 During my internship at NASA’s Goddard Space Flight Center’s Mesoscale Atmospheric Processes Lab (Code 612) I worked with Dr’s. Amber Emory and Stephen Nicholls to investigate model performance for the 22-24 January 2016 Nor’easter.  A nine-member ensemble of WRF model simulations was used to investigate the development and maturation of the nor’easter to understand why errors in snowfall totals of approximately a foot were seen from northern New Jersey through southern New England.

This research was presented at the 2017 AMS Annual Meeting in Seattle as a part of the 28th Conference on Weather Analysis and Forecasting / 24th Conference on Numerical Weather Prediction session.  The abstract and recorded presentation can be found at: https://ams.confex.com/ams/97Annual/webprogram/Paper314026.html

As a part of this internship I spent two weeks at the University of Virginia with the Advanced Computing for Earth Sciences (ACES) program.  This program is sponsored by NASA and the Advanced Research Computing Services (ARCS) and Department of Environmental Sciences at UVA.  Training and hands-on applications in high performance computing, Fortran, and Python were conducted.  More information about this program can be found at: https://arcs.virginia.edu/aces

This research was given as a talk at the 2015 AGU Annual Meeting as a part of the “Tropical and Midlatitude Convective Storm Systems and Their Roles in Weather and Climate” session.  The abstract for this talk can be found at: https://agu.confex.com/agu/fm15/meetingapp.cgi/Paper/75515

I participated in the RELAMPAGO (Remote sensing of Electrification, Lightning, And Mesoscale/microscale Processes with Adaptive Ground Observations) field campaign for the 6-week intensive operations period. While there I primarily worked with the UI Sounding Team, serving as a driver, data and equipment manager while also training students on how to launch soundings.  I also assisted CSWR with some mobile mesonet operations and disassembling the C-band on Wheels.  More information about the campaign can be found at: https://publish.illinois.edu/relampago/ 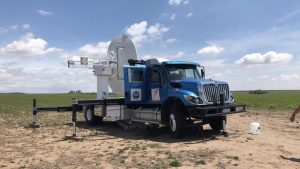 During my last semester at ULM, I was able to take part in the VORTEX-SE field campaign during its first year of operations.  I not only was a part of the ULM balloon launch team but helped the Purdue mobile disdrometer team.  Being a part of this project has allowed me to be co-author on numerous conference presentations.  More information about the VORTEX-SE field campaign can be found at: https://www.nssl.noaa.gov/projects/vortexse/ 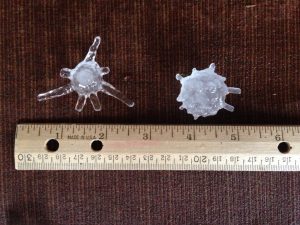 This field campaign led by Scott Blair (NWS) was designed to collect high-resolution hail measurements in association with convective storms to aid in outstanding operational challenges.  During this campaign I collected and documented hail size and provided radar support.  More information about the HailSTONE project and research from the dataset can be found at: https://doi.org/10.1175/WAF-D-16-0203.1 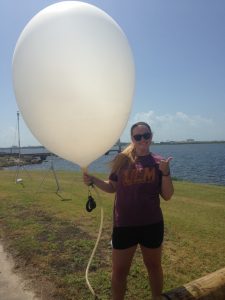 As a part of our REU, we had a week long field research campaign in Galveston, TX.  Sea-breeze convection was studied using radiosonde data, a SoDAR vertical wind profiler, and DOW7 from the Center for Severe Weather Research (CSWR).  Variability in the island’s air quality both spatially and temporally was also studied using ozone and particle counters as well as photometers.