Collaborators have been teaching Hip-Hop inspired courses in formal and informal setting for years. Here are descriptions of some of them since 2016.

Ghetto Genius (GG), a culture and engineering start-up, used the Don Moyer Boys & Girls Club (DMBGC) in Champaign as its fiscal agent and physical facility. Dr. William Patterson developed Ghetto Genius Motorsports at the Club in 2016 to introduce students to science and technology concepts in a fun way with radio controlled (RC) cars. 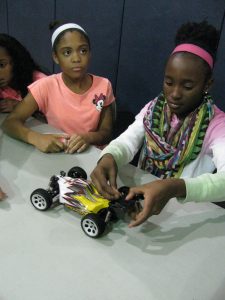 Although the youth had fun, Dr. Patterson used the project as a scoping study to learn how to educate young people about Science Technology Engineering and Math (STEM) in high impact organizations, and also how to engage young people to see STEM in their own lived experience, in their own environments. This pilot STEM-based project included six engineering sessions, as well as visits from young go-cart racers from Dayton, Ohio, (Spirit4Racing.org) and Atlanta-based former NASCAR driver Bill Lester in November 2016.

During Mr. Lester’s visit, we conducted a public school tour and exposed over 800 Champaign and Urbana elementary and secondary public school students to African American role models demonstrating how they use STEM. Other participants included the UI chapter of the National Society of Black Engineers and students in Dr. Patterson’s University class through the Technology Entrepreneurship Center (TEC) and students in a Fall Community Engagement class at the School of Information Sciences, who created this video about the program. 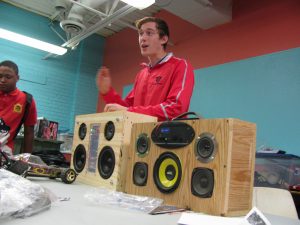 Dr. Patterson worked with students in his Fall 2016 class, De-Coding Dr. Dre, to build boomboxes out of readily available materials. The course was taught through the Technology Entrepreneurship Center in the College of Engineering.  In addition, students from that class as well as a graduate course at the iSchool worked with youth at the Club on remote control cars and engineering lessons that coincided with the Motorsports pilot. 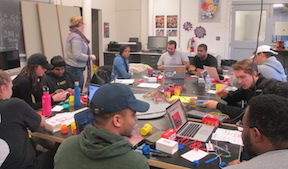 Students in Spring 2017 Hip Hop Informatics course taught at the Champaign-Urbana Community FabLab explored mashing up boom boxes with the remote-control cars; pedagogy for the Funk Center in Dayton, Ohio; fashion and graffiti in Champaign; and music history on the south side of Chicago. 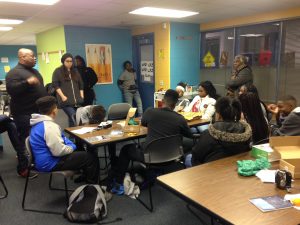 During this time frame we worked in several Club spaces on computer-assisted design, 3-D printing, robotics, go karting, remote-control car design, and audio entrepreneurship. Dr. Patterson, together with a team of volunteer engineers, implemented curricula (with equipment and staff constraints) at the Club on Wednesday evenings. Professional and retired engineers, computer scientists, and student-led civic organizations such as the National Society of Black Engineers and Eta Kappa Nu (HKN), the international honors society for electrical and computer engineers, frequently participated with us. The project was partially supported in 2018 by the UC2B Community Benefit Fund ($12,343). 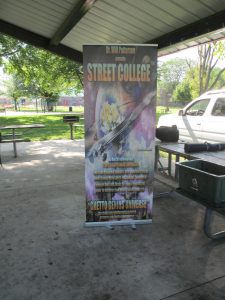 Dr. Patterson organized Street College in Champaign. The sessions were available in Douglass Park in Champaign to youth at no cost to them and offered several levels of participation: several youth were hired as product development engineers to work with a supervising adult to teach skills and demonstrate products; other youth (consistently about five) came to the park during the twice weekly program to sample sound engineering, hip hop aesthetics, and motor sports. Third, Street College was a program of attraction, so drop-ins included day campers from the Douglass Center, UIUC faculty, and local adults.

Joe Bolton, the project engineer, was hired through UI Extra Help via the Center for Digital Inclusion. Other expenses were paid by the UC2B funding and a $10K grant from the Community Coalition. A culminating Tech Jam showcase occurred on August 11 during CU Days, and the project also contributed to the 50th anniversary of the Don Moyer Boys & Girls Club. 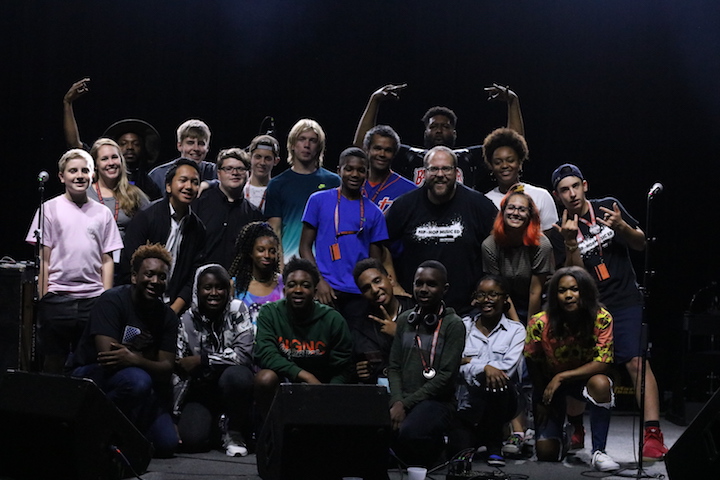 Directed by Dr. Adam Kruse, the ISYM Hip-Hop Camp engaged middle and high school students in individual and collaborative creation and performance of original music in a variety of roles and styles. Campers worked in lab, studio, and workshop settings alongside experienced educators and musicians to produce beats, write and record lyrics, and prepared for a live performance at the end of the week. Supplemental activities explored additional elements and foundations of hip-hop culture. 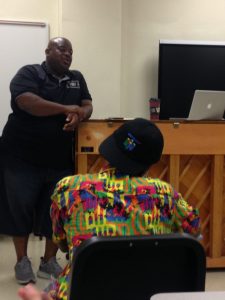 Students explored the cultural landscape of urban America and how technology, engineering, and social entrepreneurship are contextualized and repurposed to support the development and enhancement of existing industries.  Students collaborated on project-based initiatives in areas including sustainable energy, economic development, affordable housing, and STEM education in public schools. 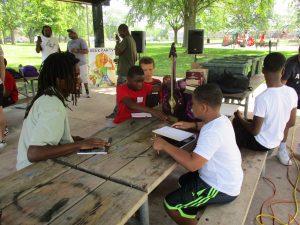 We wrote up a report of the week-long boom box build that we carried out in Douglass Park in July. We partnered with Boyz2Men Mentoring Program and really enjoyed working with the youth. Again, Joe Bolton and Dr. P were the lead instructors and we paid one youth to help mentor his peers. We had two excellent interns from the Siebel Center for Design, as well as great support from the Champaign Park District.

Dr. P worked with the University of Illinois students in the Fall of 2019  to prepare for the Hip Hop Xpress build. Youth from Boyz2Men also participated, sharing their ideas for the Double Dutch Boom Bus. 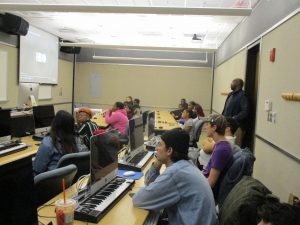 Exploring the Legacies of the Tracks of Our Years