1918 – The Smith-Sears Veterans Rehabilitation Act became law, and provided for the promotion of vocational rehabilitation and return to civil employment of disabled persons discharged from the U.S. military. [1]

1945 – PL-176 became law in the U.S., and it declared the first week in October each year would be National Employ the Physically Handicapped Week. In 1962 the word “physically” was removed to acknowledge the employment needs and contributions of individuals with all types of disabilities. In 1988, Congress expanded the week to a month (October) and changed the name to “National Disability Employment Awareness Month.” [1][2]

1947 – The President’s Committee on National Employ the Physically Handicapped Week was held in Washington, D.C. Publicity campaigns, coordinated by state and local committees, emphasized the competence of people with disabilities and used movie trailers, billboards, radio and television ads to convince the public that it was good business to hire the handicapped.[1]

1954:The (American) Social Security Act of 1935 was amended by PL 83-761 to include a freeze provision for workers who were forced by disability to leave the workforce. This protected their benefits by freezing their retirement benefits at their pre-disability level. [1]

1960 – The (American) Social Security Amendments of 1960 eliminated the restriction that disabled workers receiving Social Security Disability benefits must be 50 or older. [1]

1969: Wolf Wolfensberger’s seminal work “The Origin and Nature of Our Institutional Models” was published. [5] This book posited that society characterizes people with disabilities as deviant, sub-human and burdens of charity, resulting in the adoption of that “deviant” role.

1971 – The (American) Fair Labor Standard Act of 1938 was amended to bring people with disabilities (other than blindness) into the sheltered workshop system. [1]

1983 – The Job Accommodation Network (JAN) was founded by the (American) President’s Committee on Employment of the Handicapped to provide information to businesses with disabled employees. [1]

1995 – The Congressional Accountability Act of 1995 (CAA) became law in the U.S., and it required all offices in the legislative branch to make their public services, programs, activities, and places of public accommodation accessible to members of the public who have disabilities, as well as declaring that employees of Congress cannot be discriminated against in personnel actions because of a disability. [6]

1990 – The Americans with Disabilities Act became law, and it provided comprehensive civil rights protection for people with disabilities. Closely modeled after the Civil Rights Act and Section 504, the law was the most sweeping disability rights legislation in American history. It mandated that local, state, and federal governments and programs be accessible, that employers with more than 15 employees make “reasonable accommodations” for workers with disabilities and not discriminate against otherwise qualified workers with disabilities, and that public accommodations and commercial facilities make “reasonable modifications” to ensure access for disabled members of the public, and not discriminate against them. The act also mandated access in public transportation and communication. [1][7][8]

1999 – In Carolyn C. Cleveland v. Policy Management Systems Corporation, et. al., the U.S. Supreme Court decided that people receiving Social Security disability benefits are protected against discrimination under the Americans with Disabilities Act if and when they are able to return to work.[1]

1999 – The Works Incentives Improvement Act (Ticket to Work) became law in the U.S., allowing those who require health care benefits to work.[1]

2005 – In Campbell v. General Dynamics Gov’t Sys. Corp., the First Circuit Court of the U.S. had to consider the enforceability of a mandatory arbitration agreement, contained in a dispute resolution policy linked to an e-mailed company-wide announcement, insofar as it applied to employment discrimination claims brought under the Americans with Disabilities Act. Under the Court’s analysis, the question turned on whether the employer provided minimally sufficient notice of the contractual nature of the e-mailed policy and of the concomitant waiver of an employee’s right to access a judicial forum. The Court weighed the attendant circumstances and concluded that the notice was wanting and that, therefore, enforcement of the waiver would be inappropriate; thus the Court upheld the district court’s denial of the employer’s motion to stay proceedings and compel the employee to submit his claim to arbitration. The case is a principal case in the Rothstein, Liebman employment law casebook.[9]

2008 – The Genetic Information Nondiscrimination Act of 2008 (Pub.L. 110–233, 122 Stat. 881, enacted May 21, 2008, GINA) became law in the U.S. The Act prohibits group health plans and health insurers from denying coverage to a healthy individual or charging that person higher premiums based solely on a genetic predisposition to developing a disease in the future. The legislation also bars employers from using individuals’ genetic information when making hiring, firing, job placement, or promotion decisions. [10]

2011 – On March 15, 2011, new Americans with Disabilities Act rules came into effect. These rules expanded accessibility requirements for recreational facilities such as swimming pools, golf courses, exercise clubs, and boating facilities. They also set standards for the use of wheelchairs and other mobility devices like Segways in public spaces, and changed the standards for things such as selling tickets to events and reserving accessible hotel rooms. The new rules also clearly defined “service animal” as “…any dog that is individually trained to do work or perform tasks for the benefit of an individual with a disability, including a physical, sensory, psychiatric, intellectual, or other mental disability.” This portion of the law also states that the services the service animal provides must be “directly related to the handler’s disability” and dogs that provide only emotional support or crime deterrence cannot be defined as service animals. [11]

2013 – The U.S. First Circuit Court of Appeals in Boston, Massachusetts found that companies can be required to pay long-term disability benefits to a recovering drug addict if the person would face a significant risk of relapse by returning to work. This is believed to be the first time a circuit court said that a risk of relapse into substance abuse can constitute a disability, entitling an employee to long-term benefits, according to the attorney for the plaintiff.[12][13]

2013 – Persons with intellectual disabilities, severe physical disabilities, and psychiatric disabilities who opt to apply for a job with the federal government through Schedule A – a hiring authority allowing agencies to appoint a qualified, disabled applicant to a position without competing with the general public – stopped being required to supply a “certification of job readiness” from a medical professional or rehabilitation specialist stating they could perform the job. Under the revised policies, agencies became able to hire after determining that the person is “likely to succeed” in performing the duties of the position, a decision that can be based on any relevant work, educational, or other experience. The new rules also dropped the term “mental retardation” and replaced it with “intellectual disability.” [14][15]

10. Statement of Administration policy, Executive Office of the President, Office of Management and Budget, April 27, 2007 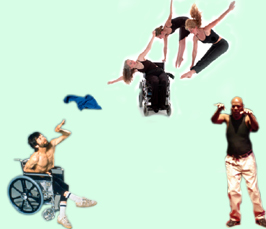