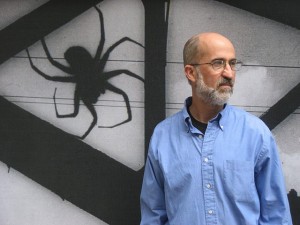 I have specialized for most of my career on the cultural, intellectual, and social history of Russia and the Soviet Union in the nineteenth and twentieth centuries, particular urban history, revolution, and social and cultural experience. My most recent books are Russian Utopia: A Century of Revolutionary Possibilities (in the series “Russian Shorts” / London: Bloomsbury, 2021), The Russian Revolution, 1905-1921 (Oxford University Press, 2017) the extensively revised ninth edition of A History of Russia, with Nicholas Riasanovsky (Oxford, January 2018–I am now working on the tenth edition; and a Russian translation of my Proletarian Imagination: Self, Modernity, and the Sacred in Russia, 1910-1925 (Cornell 2002): Proletarskoe voobrazhenie: Lichnost’, modernost’, sakral’noe v Rossii, 1910-1921, trans. Irina Klimovitskaia (Boston/St. Petersburg: Academic Studies Press, 2022). My current project is Crooked and Straight in the City: Moral Stories of the Street from New York, Bombay, and Odessa in the 1920s

I retired from teaching in June 2021 and now live in Brooklyn, New York and Turin, Italy.

Older publications include Moral Communities: The Culture of Class Relations in the Russian Printing Industry, 1867-1907 (California 1992); The Fall of the Romanovs: Political Dreams and Personal Struggles in a Time of Revolution, with Vladimir Khrustalev (Yale 1995); Voices of Revolution, 1917 (Yale 2001); Proletarian Imagination: Self, Modernity, and the Sacred in Russia, 1910-1925 (Cornell 2002); Petersburg Fin-de-Siecle (Yale, 2011); plus a video/audio lecture series, A History of Russia: From Peter the Great to Gorbachev. I have also co-edited a number of volumes, including Cultures in Flux: Lower-Class Values, Practices and Resistance in Late Imperial Russia, ed. with Stephen Frank (Princeton 1994); Sacred Stories: Religion and Spirituality in Modern Russia, ed. with Heather Coleman (Indiana 2006); Religion, Morality, and Community in Post-Soviet Societies, ed. with Catherine Wanner (Indiana, 2008); Kul’tury gorodov Rossiiskoi imperii na rubezhe XIX – XX vekov, ed. with Boris Kolonitskii (St. Petersburg, Evropeiskii dom, 2009); Interpreting Emotions in Russia and Eastern Europe, ed. with Valeria Sobol (Northern Illinois, 2011). From 2006 to 2013, I was editor of Slavic Review, the  interdisciplinary academic journal of ASEEES, the Association for Slavic, East European, and Eurasian Studies, of which I served as president in 2019.

I was born in San Francisco in 1953. I received a B.A. from U.C. Santa Cruz in 1978 and a doctoral degree from U.C. Berkeley in 1987. In the 1970s, I worked in New York City as a taxi driver and a printer’s apprentice. I have taught at the University of Oregon, Harvard University, Yale University, and the University of Illinois at Urbana-Champaign (from 1996 to 2021). The amazing drag artist Sasha Velour is my son.

Recent courses (and links to syllabi)