Edward Kolodziej, Research Professor Emeritus of Political Science, is the Director of ACDIS as well as the Center for Global Studies at the University of Illinois. He has written or edited fourteen books on security, foreign policy, and global politics; contributed more than 130 articles to professional journals; and lectured in over 40 countries around the world. His latest publications include From Superpower to Besieged Global Power (University of Georgia Press, 2008) and articles on “Security” and “Global Governance” for Sage Encyclopedias in Power and Global Studies (2011). He has just completed a major volume on the theory and practice of global governance.

Todd C. Robinson is the Associate Director of the Program in Arms Control, Disarmament, and International Security (ACDIS) at the University of Illinois at Urbana-Champaign. His research focuses on science, technology, and international security and has appeared in the Yale Journal of International Affairs, ACDIS’ own Swords and Ploughshares, and the online journal e-ir.info. He previously worked at the US Army Aviation and Missile Command, NASA’s Marshall Space Flight Center, and at the Council on Foreign Relations. He has a Bachelor of Arts in Asian Studies from the University of Alabama, a Master of Arts in Security Policy Studies from the George Washington University’s Elliott School of International Affairs, and has completed his doctoral degree in Political Science from the University of Illinois at Urbana-Champaign. 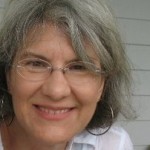