My lab focuses on the evolutionary ecology of microbial populations. We combine field sampling of natural populations with culture and non-culture based genetic and genomic analyses. Currently we are working on understanding how the interactions between basic population genetic parameters (mutation, selection, recombination and genetic exchange, neutral genetic drift, and biogeography) shape diversity, promote ecological differentiation, and lead to speciation in the microbial world. Ultimately we will develop a comparative approach, describing natural population dynamics of different species across spatial and temporal scales, with a particular interest in how population structures reflect the unique biology and ecology of organisms in the Archaeal domain. 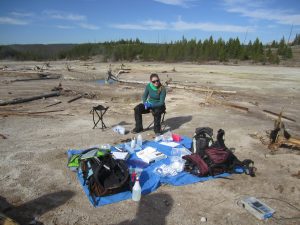 I am interested in virus-host interactions and how they can shape natural populations. My research specifically focuses on understanding chronic infection in Sulfolobus islandicus and the virus Sulfolobus spindle shaped virus 9 (SSV9).  My goals are to better characterize this symbiotic relationship and the mutualistic benefitsthat it confers. 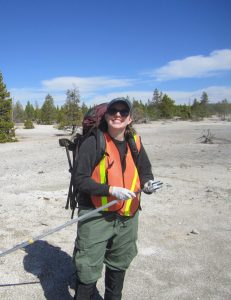 My interests are primarily on viral resistance in Sulfolobus islandicus. More specifically, I am characterizing a derived resistant strain, Δ6068, where its 6kb chromosomal deletion confers resistance to a range of viruses of different morphologies and locations of origin. My goals are to understand the mechanism and limits of its resistance. 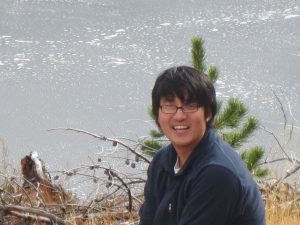 I am working on phage host interaction in the CF lung. I primarily look at Pseudomonas aeruginosa populations and patterns of mobile element prevalence based on host background in conjunction with biotic and abiotic forces. 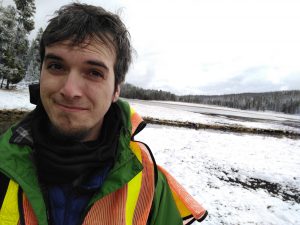 My research focuses on the use of Sulfolobus islandicus to study the evolution of the Archaea. I am using comparative genomics to trace the evolution of the essential genome through time and attempting to find essential but uncharacterized proteins likely present in the last eukaryotic/archaeal common ancestor. 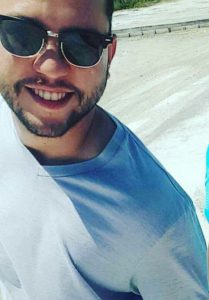 Horizontal gene transfer in key to understanding how microbial populations develop and evolve. I am interested in how these events occur between cells and what factors promote or discourage transfer. My research focuses on understanding the mechanisms behind DNA transfer in _Sulfolobus islandicus_ and the molecular factors by which their populations are maintained. 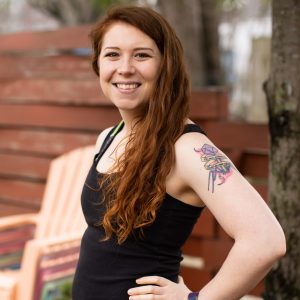 The aim of my research is the discovery of novel mobile genetic elements (MGEs) in underexplored microbial host systems. My primary focus is on the abundant gut bacterium Bacteroides, where I am characterizing a bacteriophage that, when integrated, increases host fitness. To better understand MGEs in the gut more broadly, I am developing a bioinformatic tool that predicts MGEs in microbial genome sequences and establishes their relatedness. Finally, I am searching for giant viruses (viruses larger than 200 nm) infecting two protist hosts.

My research encompasses the development of a set of robust genetic approaches to study the gene transfer, recombination and host-virus interactions. Specifically, I currently focuses on the following two projects.1) Chromosomal gene transfer and recombination in S. islandicus. The barrier to recombination is one of the theoretical models that explain the microbial speciation. I am trying to investigate the recombination rates among distinct S. islandicus species in lab as well as testing for and identifying the barriers to chromosomal gene transfer in S. islandicus by integrating genetic and genomic approaches. 2). Genome-wide scale analysis of gene function in S. islandicus. In the past several years, we have developed a set of reverse genetic tools such as homologous recombination-based knock-in and knock-out techniques, which can be used to study the function of individual gene. However, high-throughput analysis of gene essentiality/non-essentiality on the genome scale has been hampered by the lack of sophisticated genetic approach. I am interested in establishing an approach for rapidly generating large numbers of transposon insertion mutants in S. islandicus. This will aid in revealing unexplored genetic determinants and the underlying mechanisms of various biological processes particularly the DNA repair, replication and recombination, in the S. islandicus.

I am interested in understanding viral evolution and the role that viruses play in the evolution of their hosts. I use Sulfolobus islandicus and its associated viruses to study how host-virus interactions affect evolutionary changes within the archaeal domain of life. 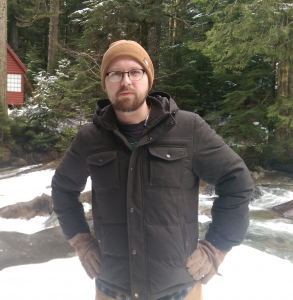 My research focuses on horizontal gene transfer mediated by mobile genetic elements such as transposons, viruses, and plasmids.  I am particularly interested in the mobile elements that transfer antibiotic resistance genes.  My current project uses CRISPR technology to enrich complex samples for these rare but clinically and evolutionarily significant elements.