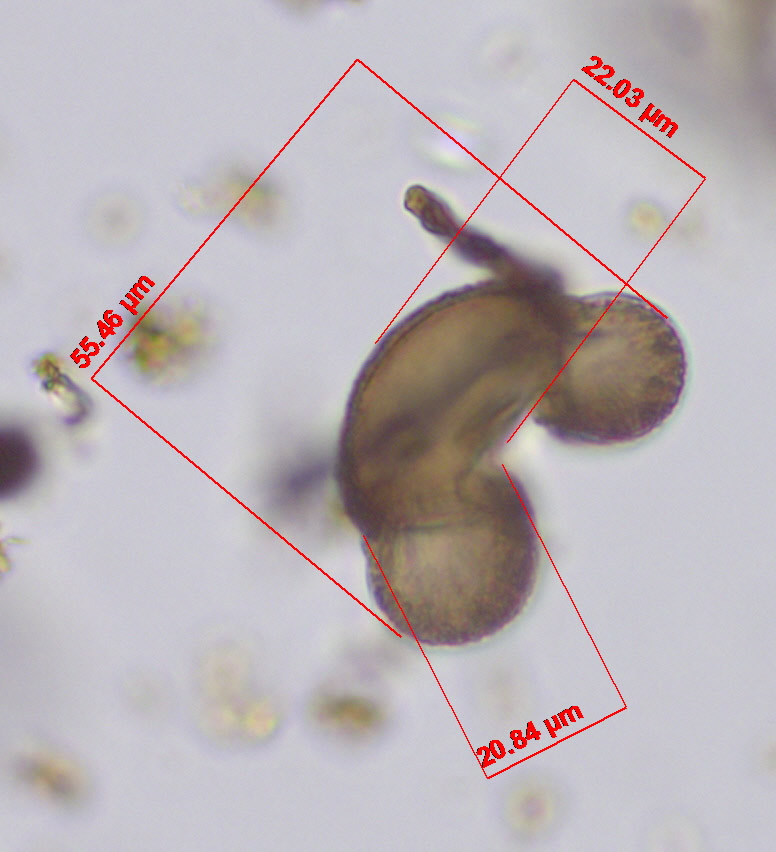 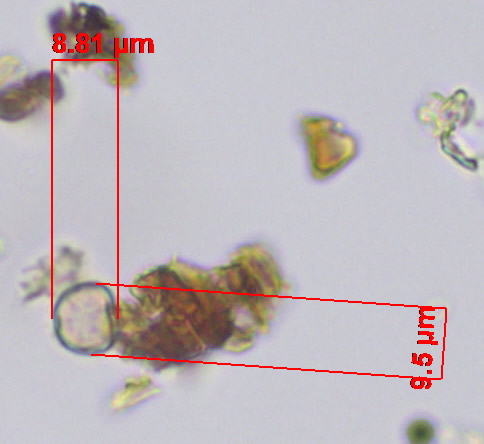 Age chronology is being based on AMS carbon-14 determination of wood and leaf material by the Illinois Geological Survey, with some initial scoping dates by Beta Analytics. Dates returned so far for Pool 06 (with 1 sigma error bars smaller than symbol sizes) show a clear chronology, with a potential anomalous date at 126 cm depth (pictured above: composite image compiled by Colleen Lindsay).

This multiproxy sedimentological analysis is the foundation for development of a detailed pollen record revealing the ecological conditions and shifts over time for this site. The pools of Cara Blanca lie along the base of a fault guided escarpment. The pools of Cara Blanca are largely closed basins, and called “endorheic basins”. They are ideal for pollen analysis since deposition is dominated by wind transported pollen falling on the water surface and not by pollen arriving by river from some great distance.

Initial pollen counts indicate that the pollen concentrations are high in the cores. The pollen (pictured above: photos taken by Colleen Lindsay) also appears to be well-preserved and most will be identifiable to genus. Pollen further appears to change in type throughout the core, indicating environmental changes.