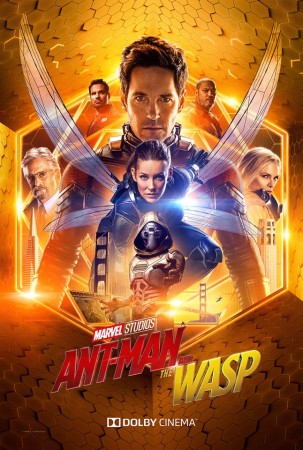 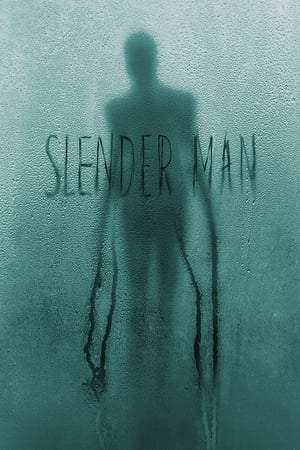 February 14th has a lot of different meanings to a lot of different people, but whether your feelings leave you woozy, head over heels, or down on your luck, we’ve got something in our media collection to celebrate the holiday along with all the types of love and appreciation we experience as humans. If you prefer a book, check out the display on the Upper Level of the UGL near the study rooms, where you can find love and friendship-themed titles in our collection. Without further ado—we don’t want to lead you on— this is what we recommend from the UGL Media collection. 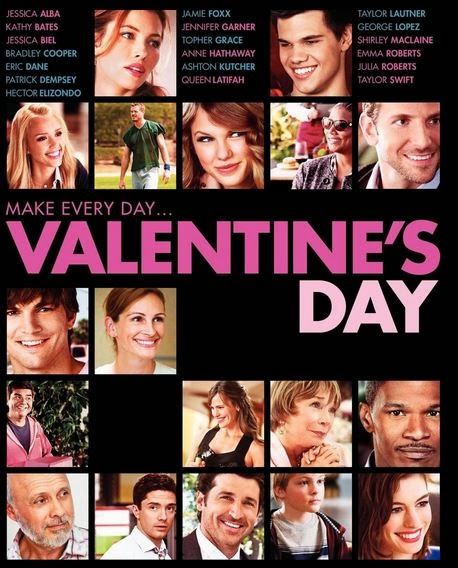 Need something for everyone? This movie covers it: heartbreak, jealousy, romance, and first love. Known for starring Taylor Squared (Swift and Lautner), find it in our media collection.

Hearts aren’t just made for loving, they’re made for racing. If you’re looking for an excuse to “cuddle,” try scaring the wits out of them first. It doesn’t work, but you can try! At least the movie won’t disappoint if your moves don’t work—remember the rules of consent! You can find it in our media collection.

Love your phone? Same. Also my computer, my tablet, my iPad, and coffeemaker. See what happens when a man falls in love with his favorite machine. Maybe your next romance will also be AI-inspired. At least they always answer your texts! Find it in our media collection. 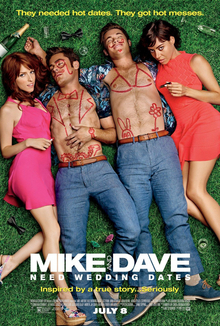 If you’re running stag this Valentine’s Day, it’s probably best to watch this movie first before you go out on your date-making schemes—but odds are you’re a lot smarter than Mike and Dave. This movie is full of cheesy jokes and the rude humor everyone loves. (You know you do). Check it out in our media collection.

Maybe you want to forget all about St. Vincent Valentine and learn about the holiday from a different historical perspective. Cue the gangsters, tommy boys, and the prohibition era, it’s time to learn about Al Capone and Bugs Moran in this historical re-enactment! You can find it in our media collection.

Pride and Prejudice and Zombies 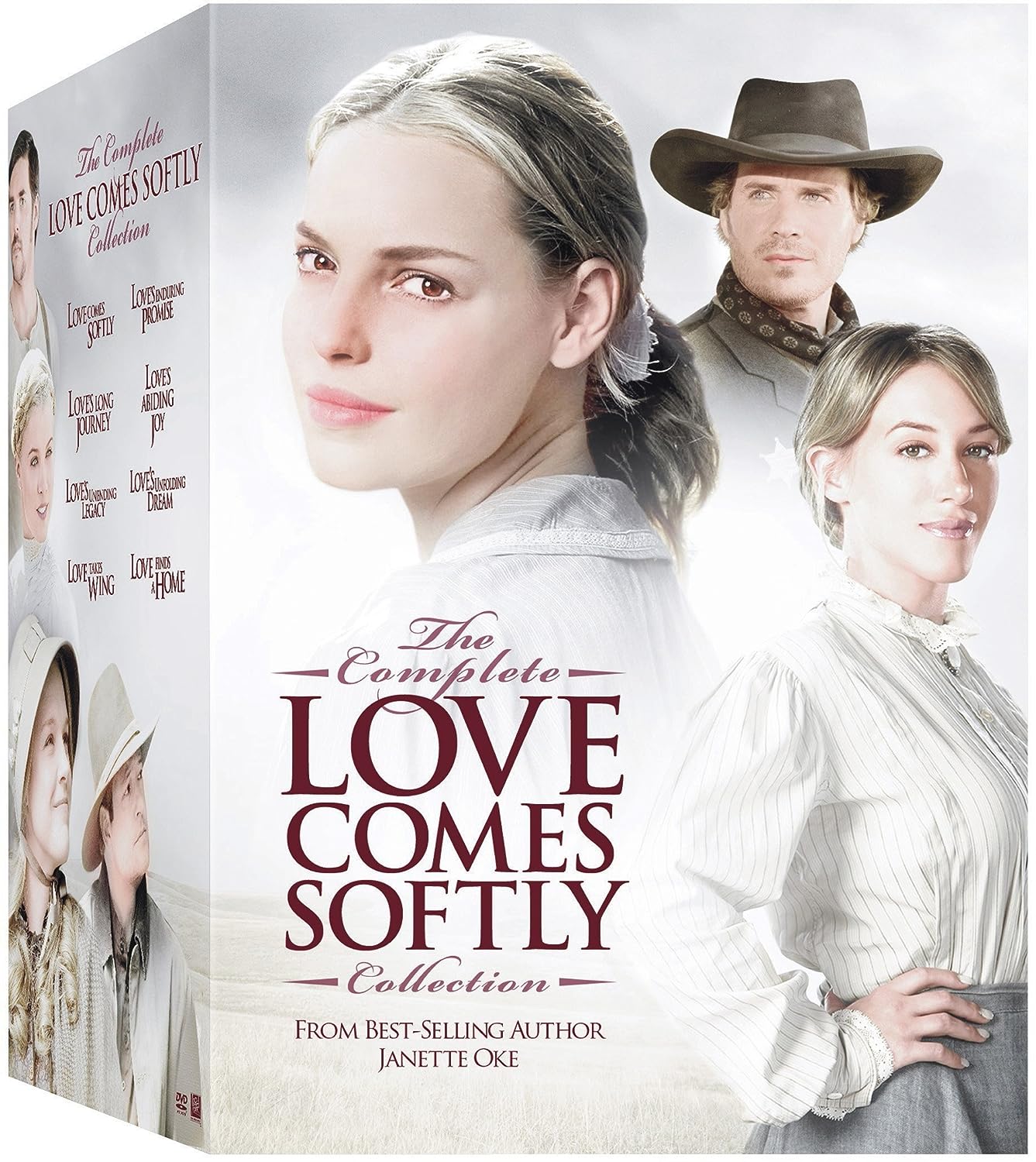 If you prefer a period piece on how romance worked in the untamed West and want to celebrate the idea of budding love and familial love, this 8-movie story collection originally produced by Hallmark (you know, the infamous card company that always woos you with the perfect line?) follows a family and its subsequent romances, trials, and tribulations through several generations. You can follow them by checking it out in our media collection.

So hunker down while you write out Valentine cards, eat the chocolate you bought for yourself (go you!), or with a group of friends. Let us know if you’ve seen any of these or have your own recommendations.

So, you know how you see a movie, really dig it, and then get annoying comments from your friends such as, “OMG, the book was sooo much better!” or “Sheesh! I can’t believe the film [insert: left out/changed/added] that part!” Total buzzkill, right?

Well, here are just a few films slated to hit the big screen this summer that first existed as books. Do yourself a favor and read up now–that way, you’ll be the one who can rain on your friends’ parades if the book totally slays the movie…

Based on the best-seller by Seth Grahame-Smith, the 16th president of the United States discovers a vampire uprising in the works, and makes it his personal mission to eliminate the blood-suckers from the States. Benjamin Walker (The War Boys, Kinsey) stars as the top-hatted one in the film version.
Checked out? Check out: Pride and Prejudice and Zombies. Also written by Grahame-Smith, this book pits heroine Elizabeth Bennett against a swarm of brain-starved living dead. Bonus points: A big screen version is scheduled to hit theaters in 2013, so you’ll already be ahead of the game.

Director Marc Webb (500 Days of Summer, pretty much every Green Day music video) revamps the Spider-Man series, with Andrew Garfield (see also: scorned Facebook partner from The Social Network) as the webbed one. Based on the original comics by Stan Lee & Steve Ditko, our masked hero searches for the truth behind his parents’ disappearance.
Checked out? Check out: The UGL has a whole slew of Spider-Man graphic novels and comics, so dig into another series of your choice!

Based on the novel Tess of the d’Urbervilles, Trishna updates Thomas Hardy’s literary masterpiece about love, consequences and ruined lives–which is set in England–and moves it to modern day India. Probably not the lightest summer read, but definitely a classic.
Checked out? Check out: The Mayor of Casterbridge or Far From the Madding Crowd, which are other novels by Hardy.

Like Spider-Man, The Dark Knight Rises isn’t necessarily based on one Batman comic, specifically. But it’s fair to say that Christopher Nolan’s cinematic iterations of the Caped Crusader were inspired by Frank Miller’s graphic novels, and Batman: The Dark Knight Returns, would be a good read to start with.
Checked out? Check out: Batman and Philosophy: The Dark Knight of the Soul. While this isn’t a book about the masked anti-hero per se, it does delve into basic philosophical questions using Batman, the Joker and the like as case studies.

Okay, we’re taking a little bit of creative license on this one. After author Robert Ludlum’s death, Eric Van Lustbader continued the Bourne series; and while his version of The Bourne Legacy still features special forces operative Jason Bourne, the film version showcases a young new talent, Aaron Cross (played by Jeremy Renner) that might even surpass the legendary Bourne in mad fugitive skills–if he comes out alive at the end, that is.
Checked out? Check out: Any of the original Ludlum novels that form the Bourne Trilogy (though we recommend you start with the first one, The Bourne Identity.)

Based on the fourth installment of Jeff Kinney’s Wimpy Kid series, this is also the third film adaptation based on the character (Zach Gordon stars as the title character in all three). The books follow the misadventures of middle-schooler Greg Heffley, this one focusing on the trials and tribulations of surviving summer vacation.
Checked out? Check out: If you’re unfamiliar with the series, start at the beginning. We also recommend The Perks of Being a Wallflower, which will see its silver screen debut in September.

Based on the true story of author Matt Bondurant’s grandfather and two great-uncles (as told in the novel The Wettest County in the World), Lawless follows three brothers into the world of bootlegging in 1920s Virginia. Tom Hardy, Shia LaBeouf and Jason Clarke play the three Bondurants in the film.
Checked out? Check out: Last Call: The Rise and Fall of Prohibition, a historical look at the Roaring ’20s and how Prohibition changed the U.S. forever.

What are your favorite films based on books? Let us know in the comments!